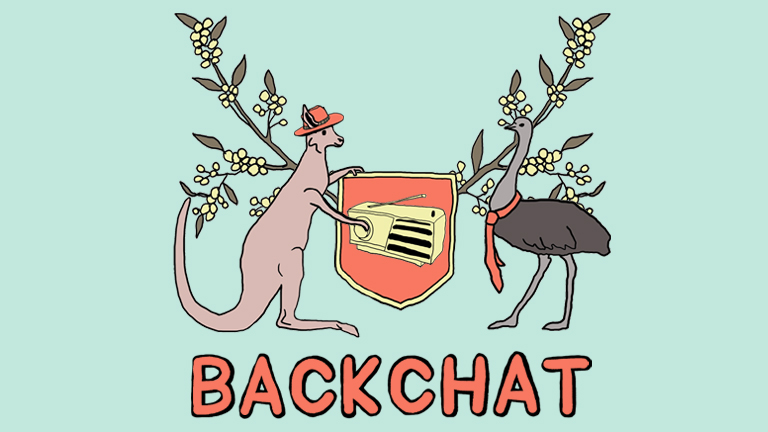 Of all of the COVID-19 news, perhaps none is absurd is the backlash against 5G data technology. Joining us first is Cameron Wilson, Buzzfeed Internet Reporter and former Backchat producer to chat with us about the conspiracies behind Coronavirus and 5G technologies. Later, Winnie Dunn is the General Manager of Sweatshop, a literacy movement which supports writers in Western Sydney. She’s got some news about Sweatshop’s new anthology. She’ll also be speaking to us about her experience living with an eating disorder in coronavirus isolation.  If this content was troubling, or you’re struggling through this crisis, you can contact Lifeline on 13 11 44 or visit beyondblue.com.au for support.

Isabella Kwai is a reporter for the New York Times who spent several weeks in Hong Kong covering the Coronavirus first-hand. She joins us to talk about watching the virus unfold from near the heart of the pandemic. Later we’ve heard about the effects of COVID-19 on the entertainment industry, hospitality and retail, but what about sex work? Cameron Cox, CEO of the Sex Workers Outreach Project joins us to talk about how the virus is effecting the industry.

The effects of the climate crisis are clearly showing, and while our country burns, our government seems to be doing very little. Federal member for Waringah, Zali Steggall, is introducing a new bill to parliament, which will ensure Australia has a clear national response to our climate challenges. Backchat producer Eden Faithfull sat down with Steggall to find out more about the bill. Later, more and more young Australians are turning their backs on private health insurance, and many of us feel like we’re not getting value for money. We’re joined by Dean Price, Senior Campaigns & Policy Advisor at CHOICE, to unpack health insurance, and whether or not we really do need to be covered.

The All About Women festival was held at the Opera House on the weekend, for International Women’s Day. This week we speak with two incredible artists who were featured at the festival. First up, we’re joined by Stanislava Pinchuk AKA Miso, a Ukrainian-born, Melbourne-based artist, that maps areas of conflict around the world, using traditional materials like textiles, as well as tattoos. Later, Sarina Masukor is a writer and filmmaker living in Sydney, whose work explores what it’s like to live in the twenty-first century. Sarina joins up to discuss her work, as well as the importance of diversity in the arts across Sydney.

As the ongoing droughts make fresh produce more difficult to farm, it’s past time we start looking at alternative farming methods. blakthumb is a startup working to create small, networked farms in unused urban spaces. Co-founder Mel Fyfe joins us to talk about future-proofing our cities with urban farms. Later, with Mardi Gras about to kick off, there’s a lot of chatter about corporations co-opting pride. Queer activist Aiden Magro joins us in the studio discuss the corporatisation of Mardi Gras, and how it might be taking up space from more important queer conversations.

More and more 'buy now, pay later’ options are emerging, and young adults are putting themselves deeper into debt than they realise. Paridhi Jain, founder of financial training service Skilled Smart, joins us to talk about better managing our finances. Later, Kin Fertility is a new startup, looking to revolutionise reproductive healthcare in Australia, and educate people with a uterus about how to best access the healthcare they need. Co-Founder Nicole Liu joins us to talk about their work.