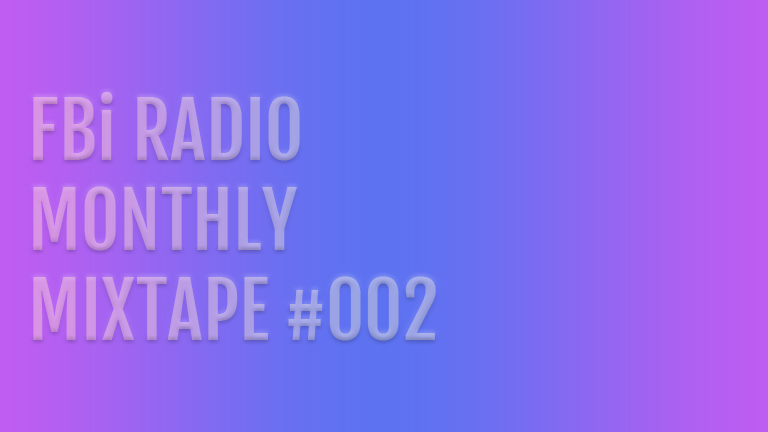 You might remember our Monthly Mixtape soft launch last year. It’s where our super savvy specialist hosts clue you into the songs that’ve been playing heavy on their noggins/ shows. In 2022, we’re back and better than ever: taking you on a monthly walk across our weird and wonderful programs grid and stopping to say hi to our weird and wonderful hosts.

We’re kicking things off with the songs our presenters loved in January. Consider this the Monthly Mixtape hard launch.

An ever-reliable fixture in the Japanese heavy music scene and the world over, Boris have never settled into one particular style over their 2½ decades of existence. So their new album W doesn’t come as a huge surprise. But nevertheless, after 2020’s raucous NO, its counterpart (the two albums together form NOW) is particularly ethereal in comparison. Produced by, and featuring, suGar Yoshinaha of Buffalo Daughter, it incorporates a lot of the electronics of that band’s indie-dance aesthetic, but in a shoegaze miasma. There are massive walls of guitar noise at times, and alternatively there are minimalist dubbed out drum machines, all with the gentle vocals of Wata. I love Boris in all incarnations, but this is one that will appeal even to most the metal-averse.

This very disquieting track technically has an empty title and artist name, but the Bandcamp name s280false points to it being the work of the mysterious s280f. The combination of contemporary classical elements with twisted glitch-r’n’b and eldritch black metal is the perfect distillation of now. As weird and f*cked up as the artwork.

So the musical DNA of Hypernatural comes from Dan Whitford (Cut Copy), Mike Gamwell (Knightlife) and Mirko Vogel (Sekiden) and their new record has two birthplaces: the Scottish highlands and a remote part of Sweden’s coastline. That might serve as a trailer to this Melbourne/Naarm act’s sound: their music is very atmospheric, moody, misty-minded, but not completely stripped of beats either. Their track ‘Spirit Walk’ is pretty spellbinding: the melodies spiral and trail and double back, like a restless trek through a repetitive but foreign landscape. It also gives me flashbacks to the early 2000s, where there were many Aussie producers – Pretty Boy Crossover, Qua and Clue To Kalo – quietly dropping IDM beats. I still have a soft spot for that introspective sound, which ruled headphones and playlists far beyond Australia (and is a good reminder to give English producer Four Tet’s Rounds album another spin).

Bridge Dog is an Asian Australian duo (Brian Hyunik Park and Grace Yeon Soo Ha) based in Sydney/Eora and you can tell they have a big heart-on-sleeve fondness for early Belle & Sebastian and Weezer records. Their pastel-coloured melodies also remind me of Alvvays, Camera Obscura and yes, The Pastels themselves. They put out some of my favourite songs of the past year (‘San Francisco’, ‘Lemon’), which they just dropped as stand-alone singles you can find on Bandcamp, and they put out their first EP, Going South, last month. There’s a summery lightness to the opening track, ‘Gone South’: you feel the breezy momentum of driving with the radio on, as the protagonist does in the song, but there’s a bittersweetness to it, as the lyrics hint at a relationship that’s frayed and as the title suggests, inevitably going south.

Let’s kick off in Sydney. Our city’s favourite sweetheart 1-800-Mikey treated us to a beautiful cover of Nena’s 99 Red Balloons (1983), which featured on G.T.R.R.C #3 last December. Mikey nails the cover, incorporating Sydney’s emerging family friendly rock aesthetic which evolving through bands such as the Satanic Togas, Research Reactor Corp and Gee Tee. If this cover is any indication of where 1-800-Mikey is heading within his creative practice, we are definitely in for more cute tunes.

Every Time I Die – Sly

Something Brutal to wrap me up, Every Time I Die are a hardcore//hard punk outfit our of buffalo, New York. This Track is titled ‘Sly’ and is taken from the bands latest album Radical, which is one of the most critically acclaimed hardcore albums of 2021. As mathcore timings and transitions have bled into the hardcore revival, Every Time I Die manages to nail said contemporary style throughout Radical with each song packing it’s own punch and brutality. Serious earbleed.

Reckon you can top this bill? Apply to become a specialist program host here. 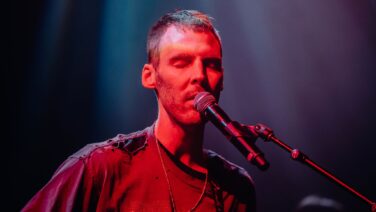 Earlier this month electro wizard and multi-instrumentalist Skeleten brought a live band and visions of a sonic utopia to the Sydney Opera House’s studio room. We sent along Maria Dimitrakas to get amongst the Vivid Live action. 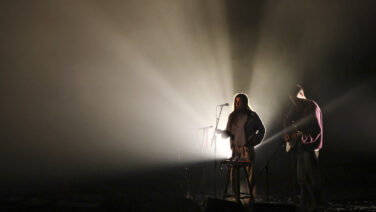 Glitter than this: A review of HTRK at the Sydney Opera House

"I was curious how this tender kind of introspective, hyperpersonal, and emotional music would translate into a public listening setting at the Opera House. After all, what does it feel like to play and/or hear ‘lockdown’ music in a room full of people?" 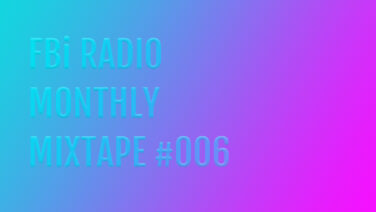 Temperatures are falling around the city, but things are only getting hotter in our studios. FBi Radio specialist presenters bring the fire every day of the week - spinning tracks from all the musical fringes they're plugged into. You can warm up and plug in too! These are the songs some of out hosts brought to their shows in May.