Mantra Collective: who to watch in 2015 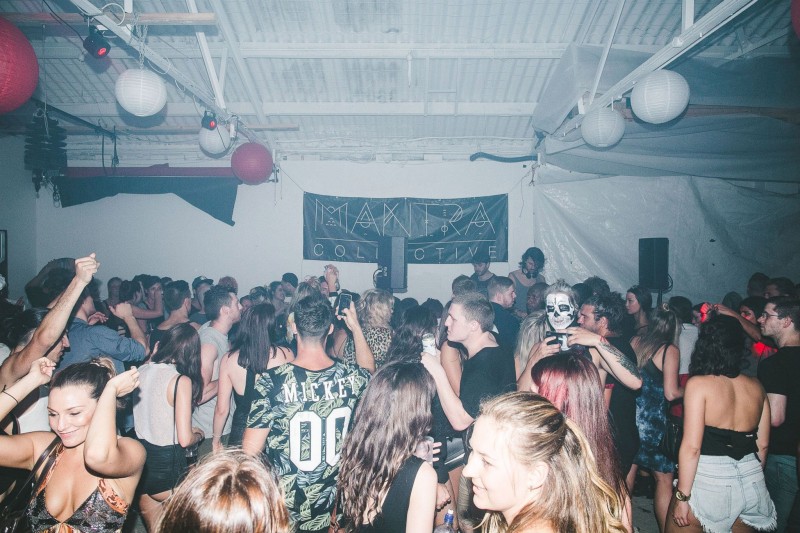 2014 has been a massive year for Mantra Collective, with a string of sold out shows across Sydney. International guests such as &ME, Adam Port, Sidney Charles and Lovebirds have played at their parties at The Spice Cellar, The Imperial or their infamous warehouse shindigs to great acclaim.

Looking forward, the guys behind the brand have put together a shortlist of which producers to watch in 2015.

Mandar is the combination of 3 incredible French producers in their own rights: Lazare Hoche / S.A.M. / Malin Génie. A supergroup in every sense of the word. They’ve had a big year, with two groove based journey-house releases on their own imprint Oscillat Music (a sub label of Lazare Hoche Records).

With plenty more rumoured to be in the pipeline, I’m definitely keeping my eye on these boys… don’t want to miss a release!

Antoine Vice’s one to watch:

I first heard of Leon Vynehall back in 2012, just around the time his Golden Language EP came out on ManMakeMusic. Fast forward to 2014 and it’s safe to say this UK-based producer has proven he can do no wrong with the release of his diverse mini-LP Music for the Uninvited.

To round off the year, old m8 has even done a brilliant remix for Glenn Astro, yet another artist on my watch list. I can’t wait to see what’s in store for Leon Vynehall in 2015. Definitely keen to catch him at Sydney Festival in January!

Space Junk’s one to watch:

Discovering David Mayer for the first time at the beginning of this year was like taking a breath of much needed fresh air. Although he’s been releasing tracks since 2009, the continuing meteoric rise of Berlin label Keinemusik has thrust his talents front and centre on the world stage.

His track “Sunhole” (recently announced in Resident Advisor’s Top 50 Most Charted Tracks this year) is a testament to things to come. I’ve had an absolute blast playing his tracks “Lead”, “Machinedrum Calypso” and his remix of Moby throughout the year and if the past is any indication of what’s to come in the future, his signature sound will dominate in 2015. Fingers crossed he’ll be down in Sydney in the New Year…

Two Englishmen and a Romanian! OdD (Damian Daley & Danny Dixon) & Barac joined forces this year and produced one hell of a release with symmetrical originals and remixes on each 180g heavyweight 12″ for the Photosynthesize EP.

These 3 producers have been doing their thing for a long time now. OdD co-own a couple of London labels and have been busy with UK garage and house releases, whilst Barac has had some stunning solo releases outside of his NoiDoi project.

When I first heard the previews for this beast I was hooked and knew the record was going to be huge. I waited… and waited some more. I had a friend in London on the release day queuing at Kristina Records only to make it to the counter and find out they were sold out. Luckily 5 Juno alerts (keen) landed in my inbox the next day and it was en route.

‘Lignum Vitae (Barac Remix)’ is my pick from the release, raw signature OdD drums and pure hypnotising pads and rolling bass rhythms from Barac. A match made in heaven!