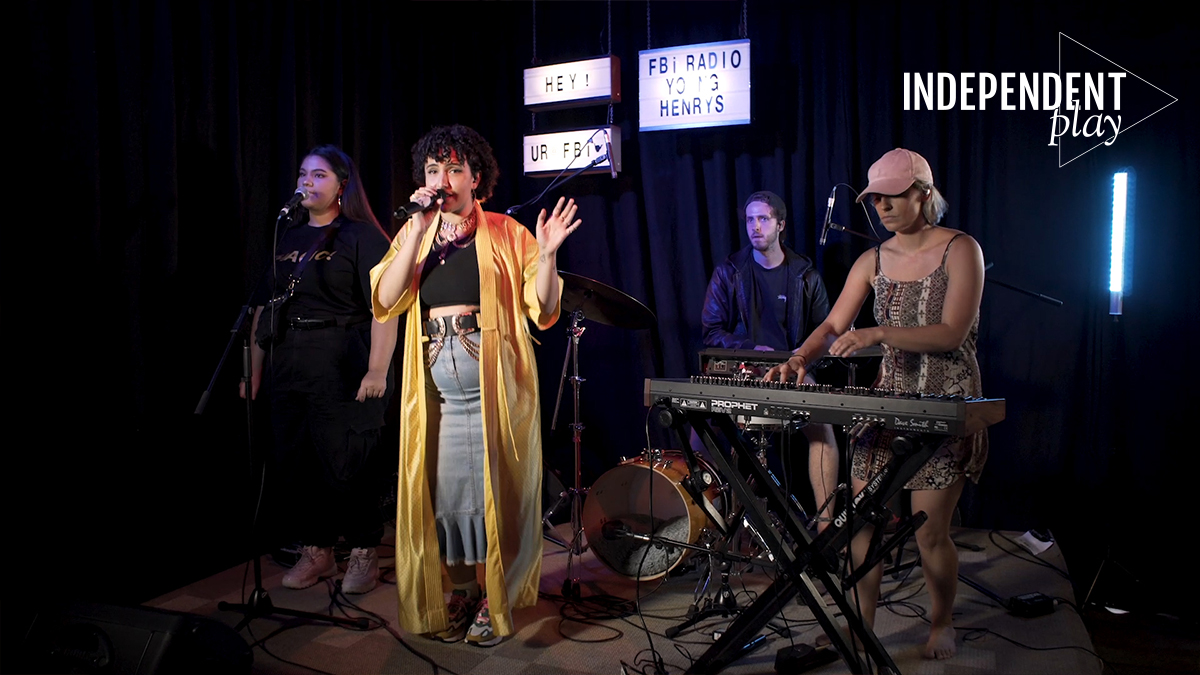 You know what rhymes with Nardean? QUEEN! And that’s exactly the type of energy she brought to the stage for Independent Play 11.

Effortlessly weaving elements of RnB, hip hop, soul and spoken word, Western Sydney songstress Nardean is a truly masterful musician. She says her musical approach is informed by a commitment to honouring knowledge, intelligence, growth and self-reflection, and results in pure sonic magic.

Not only is she talented, but she’s incredibly eloquent as well. Speaking to us on the Independent play couch, she spoke of the joy and the freedom she experiences playing live, and how the energy in an audience is ‘as tangible as sunshine on your skin’. She’s warm, she’s bubbly, she’s funny, and she’s a Cardi B stan. What’s not to love?

Stream Nardean’s performance in all its glory below.