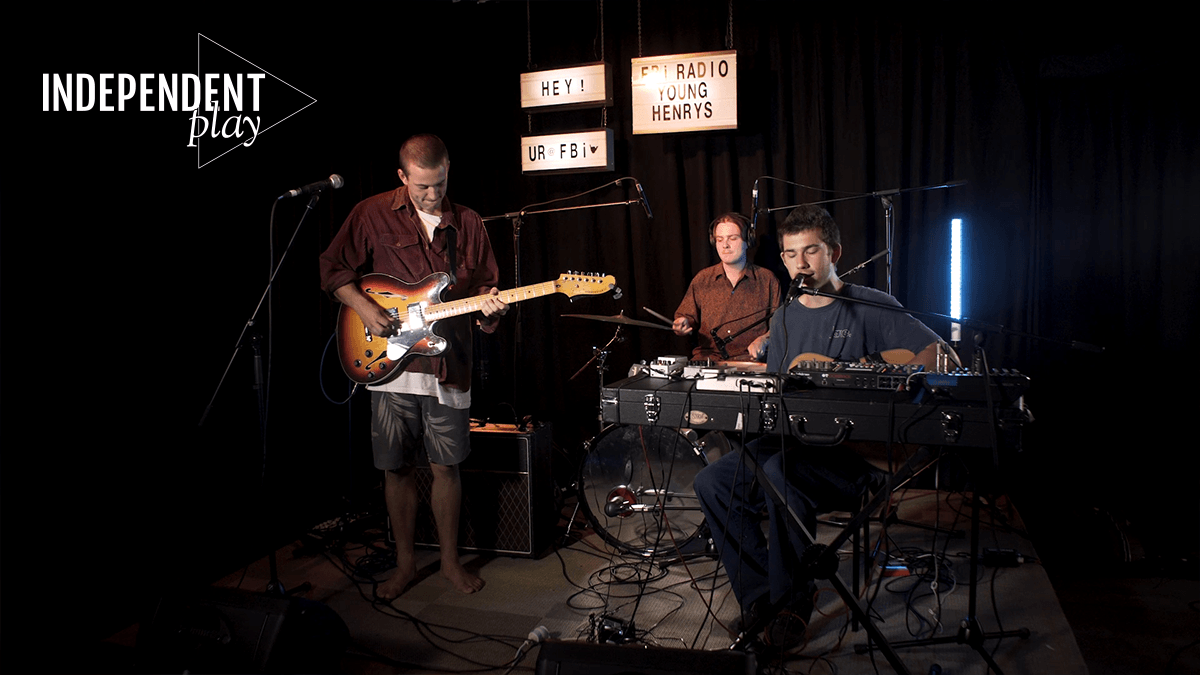 Giving our Young Henrys Independent Play series the farewell it deserves is Newcastle’s very own e4444e and his unique brand of indie-pop.

Jumping on the Independent Play stage with his bandmates, he delivered an electric performance of his latest single ‘Wolves’. Simple but poignant and perfectly restrained, the track is a sign of great things to come from his to-be-announced forthcoming body of work.

“Wolves for me is a little song that hints describing a lot of things and their motion in the world, trying to connect streams to things. The song is short and little in its scope, like a fox or a simple sage. The truths are kind of dry and airy and the sounds float around them. Doesn’t go very far, doesn’t try to either.”

As we sat down for a quick post-performance chat about the highs and lows of touring life, e4444e and his bandmates wasted no opportunity to pose some of life’s greatest unanswered questions – what quantifies a cool artist as opposed to an uncool artist? Is there even such a thing? And more importantly, boxers or briefs?