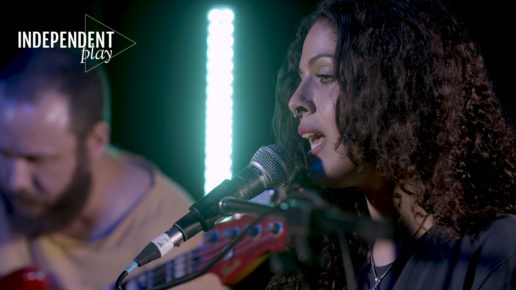 The tenth instalment of Independent Play is here in all its silky smooth RnB glory, thanks to the stunning stylings of Mariam Sawires.

From small Danish bars to Ugandan jazz stages, the Egyptian desert to a 17th century French castle, you’d be hard pressed to find a corner of the globe that Mariam Sawires hasn’t performed in. The Sydney-based singer-songwriter is both well-travelled and musically well-versed, and it certainly shows. Sawires’ story is one of musical destiny, having grown up in a creative multi-generational home in Sydney’s Inner West and recalling some of her earliest memories as being of her father playing traditional Arabic songs on the tabla.

Drawing inspiration from the old guard of hip hop/RnB/soul legends such as Lauryn Hill, Stevie Wonder and Erykah Badu, as well as some of the new age classicists like H.E.R., Daniel Caesar and SiR, her sound is professional, polished and illustrates her pure musical prowess. Sawires’ debut single Choose is as dreamy as it is danceable, characterised by honeyed vocals layered over a two-step beat that simultaneously speak to what is currently dominating both RnB and dance charts. With her unadulterated musical ability and her cool and current sound, Mariam Sawires is on an upward trajectory, and we certainly can’t wait to see what she does next.

Watch Mariam Sawires and her bass player George Sheridan perform her hypnotising single ‘Choose’ live and in full on the Independent Play stage below.