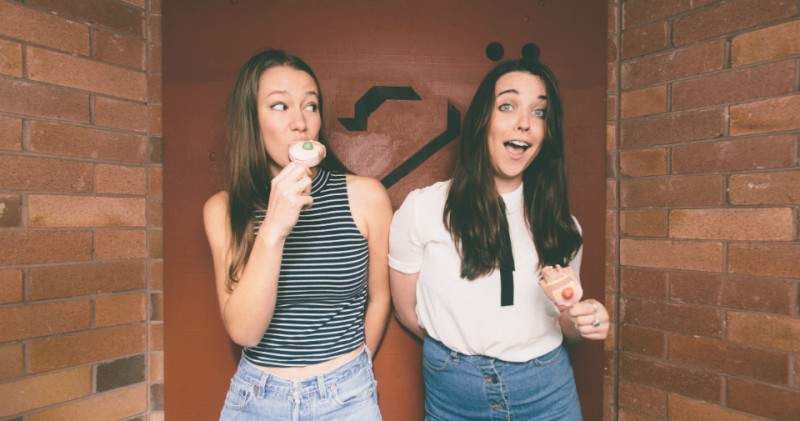 Sally Coleman and Erica Mallett are hip hop duo Coda Conduct. Along with their DJ Dewis, they’ll be bringing you a new show on FBi called What’s Good. New hip hop, 50% Australian. So while you listen to their first show, we thought it’d be nice for you to get to know them a little better…

First things first. Why should we tune in to What’s Good from 9-11pm each Monday instead of watching Q&A?

S: Our best advice would be to put Q&A on silent, and blast What’s Good instead while you watch.

How did you get into hip hop originally?

S: We’ve both been fans for a long time. The first hip hop album my family owned was The Calling by Hilltop Hoods, which came out when I was 12 years old.

E: Then we met about three years ago while travelling, and started talking about hip hop.  Somehow we decided we were going to be rappers.  And then we went and learnt to rap.

S: And now all those years of memorising other people’s lyrics seems to be paying off.  But I guess we still consider ourselves hip hop fans, first and foremost.

S:  I loved growing up in Canberra.  It’s a really relaxed city, but I think it’s a very creative city.  I went to the local public school, and we had a lunchtime concert every week, and then a couple of the year 10 kids started a ‘lunchtime radio’ program using the school PA.

E:  When we started rapping was coincidentally the same time that the local hip hop scene had this crazy renaissance. All of a sudden there were all these local gigs, workshops, MCs and producers coming out of the woodwork.  So it was awesome to be around to be part of that.

You’ve been involved with Capslock Collective in Canberra and Stayfly Sydney. How important is it to gather like-minded people around you?

E: I think it’s the most important thing you can do as an artist.  And it’s so much more rewarding to be part of a community that you’re invested in.

S: There’s plenty of lone wolves out there, but for us it’s so exciting seeing other people succeed and being there to cheer them on.

What do you get up to when you’re not making music or hosting radio?

E: Yeah, we both love mangoes.

And finally, what’s next for Coda Conduct?