It’s almost been a year since its release, but the debut LP from Sampa the Great feels as fresh as can be.

Featuring singles like ‘OMG’ and ‘Final Form,’ The Return is a layered, complex and masterful hip hop release, worth every bit of the widespread acclaim it garnered last year. Plus, ICYMI, Sampa’s just dropped a searing music video for one of the tracks off it, which you can peep in all its glory, and fury, below.

WIN THE RETURN BY SAMPA THE GREAT ON VINYL

For your chance to win The Return on vinyl, email membership@fbiradio.com with SAMPA THE GREAT in the subject heading. Must include your FBi Radio supporter number and contact details. 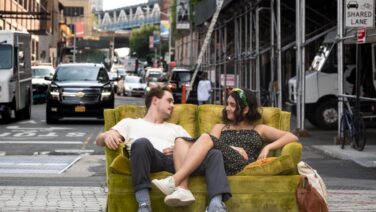 GIVEAWAY: Win a Double Pass to The Broken Hearts Gallery

See a rom-com at the ACTUAL MOVIES for $0!