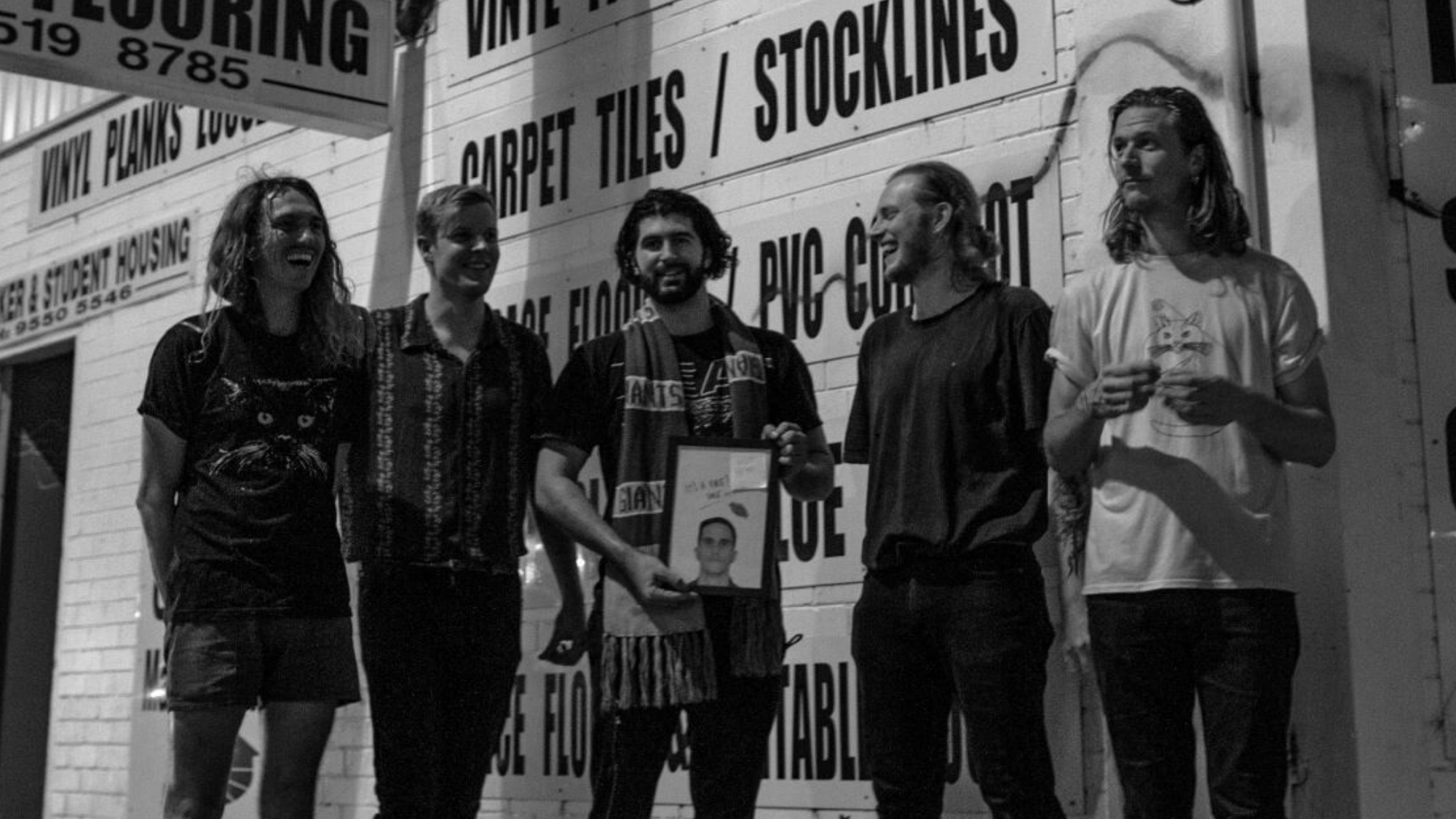 Sydney punk outfit Life After Football present a new music video for their track “Logsplitter”, which enjoyed FBi airplay when it was released earlier this year.

Life After Football have described themselves as a “retirement band for once shining lights, dulled by the cruel grind of trying to make it in the big smoke”, a mood that’s certainly reflected in their latest music video for their track ‘Logsplitter’. The basic setup sees frontman D. Halliday walking towards the camera on a coastal footpath. With overcast weather and bleak surrounds, we focus on Halliday’s commanding facial expressions, and an awkward but absorbing movement style. It’s deliberate and all-consuming, and small details – like a seagull flying by on the beat – don’t go unnoticed.

Describing a narrative that’s sure to be painfully familiar to many, Life After Football summarise the track as:

“[invoking] the likes of The Cars and Rowland S. Howard sipping tea on the back verandah while telling a story of being stubborn as inevitable change takes hold.”

The instrumentation on ‘Logsplitter’ initially feels stripped back (guitars service a driving momentum, rather than being noticeably melodic) which further exposes the emotional delivery of Halliday’s vocals. “I haven’t been [myself] these last few years”, he hollers, with an energy that gets more and more frustrated before boiling over completely.

Life After Football are gifting you the opportunity to sit with your own stubbornness. Watch the music video for ‘Logsplitter’ below.