Tit Talks: How do we safely uplift trans bodies? 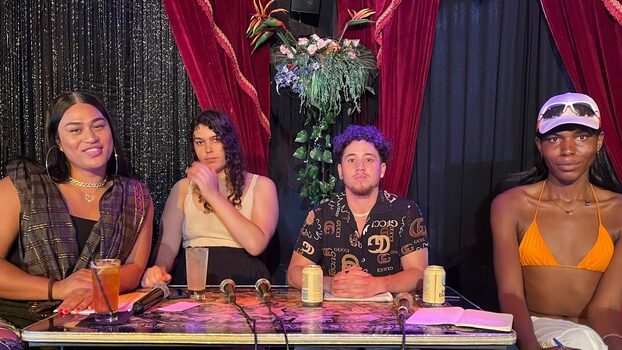 The Bearded Tit‘s panel series Tit Talks returned in November to pose the question, ‘How do we safely uplift trans bodies?’

This talk was moderated by Kilia Pahulu, a Fakaleiti artist who works within queer community as a curator, performer and leader. To begin the discussion, Kilia suggested that perhaps there’s no way that people can uplift trans bodies, and invited the panel and the audience to consider what we can glean from conversations like this if that’s the case. What do we have the power to do?

Emma is a 30-year-old Gamiliraay and Biripi woman and solicitor at the Public Interest Advocacy Centre, currently working within the areas of homelessness, police accountability and Aboriginal and Torres Strait Islander justice. In her spare time she’s an avid netballer, recently working with Netball Australia for the launch of their trans inclusion guidelines, and is a graduate of FBi Radio Dance Class program. She’s concerned with colonial structures of gender and binaries, and hopes to assist in the important work of creating space for First Nations queer and trans identities which have existed for millenia.

Xuela has been associated with the House of Slé and previously Radio SkidRow’s Afrika Connexions. She has worked as a writer, interviewer, and performer, and in film – particularly in developing radical aesthetic and ethnographic practices that draw attention to mourning, grieving, and congregation amongst people living on the margins as colliding with everyday rituals of self making.

Leo is a UK born, Colombian Transmasc residing in Sydney. A member of the House of Slé, he is a pioneer of Transman categories in Ballroom Australia.

Listen back to the full discussion up top, and keep an eye on The Bearded Tit’s socials for the next Tit Talks.