The Hanging: Before the Rain at 4A Centre for Contemporary Asian Art 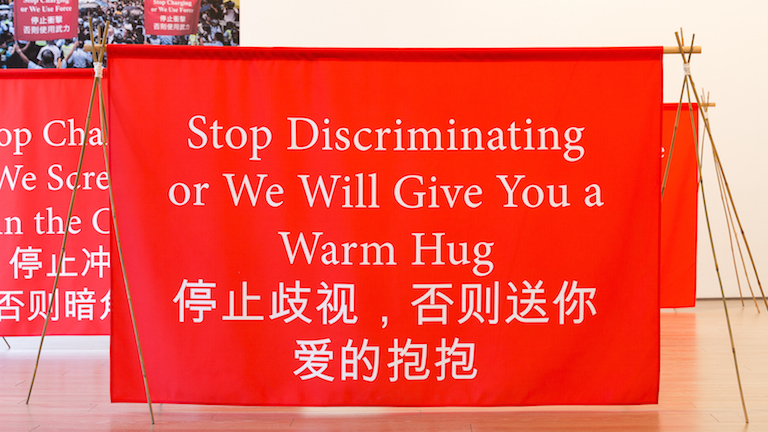 In 2014, a pro-democracy protest known as the Umbrella Movement began in the city of Hong Kong. For 79 days, its citizens fought for sovereignty after over a century drifting between British and Chinese rule.

Exploring the future of Hong Kong, Before the Rain opened on the day of President Trump’s inauguration, in a world similarly marked by political unrest. It shares the anxiety, anticipation and uncertainty of a future that Hong Kong’s citizens feel powerless to determine.

The space in 4A Centre for Contemporary Asian Art has been transformed with floor-to-ceiling maps, sticky notes, and sketches of makeshift hair-wash stations. It’s an overwhelming sight to be greeted with. The exhibition is a living archive; a thoughtful and crucial investigation into one of the most critical events in South East Asia’s modern history. 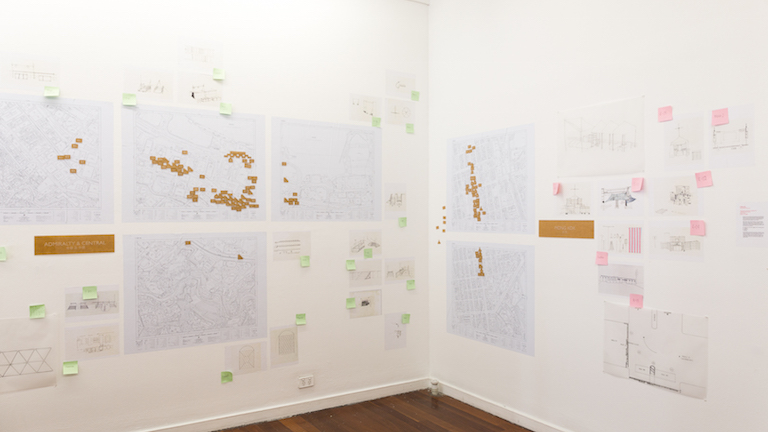 The voices of 9 different artists emerge from the space, each exploring the tensions and complexities of living in a city planned by others. On the opening night, Sarah Lai’s performance piece, ‘Demarcated Area‘, spoke of a loss of control and autonomy. Security guards moved black tensile barriers into different formations, reminiscent of stony-eyed bouncers at nightclubs. Their actions needed no words as onlookers voluntarily skirted to the edges of the room, no one daring to weave through the constructed barriers.

Others, like Luke Ching, used playful humour to confront the theme. Constructing 150 tiny ID cards, Luke subverts the bland seriousness of identity photos. He stares out from the cards with a cheeky expression of shock and slight outrage, creating a vignette of the absurdity of border control and immigration. 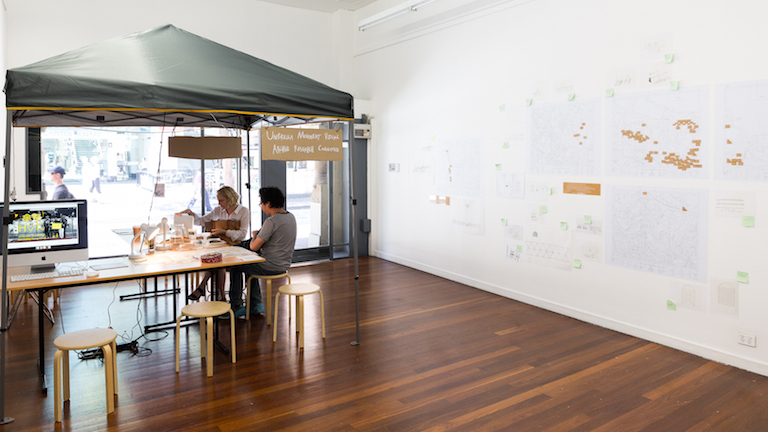 Alongside the exhibiting artists, collaged on the walls of the stairwell are re-productions of the protest placards created by the Umbrella Movement’s 150 volunteers. A4 yellow posters are covered in bold black markers exclaiming, “Dear Police, democracy is for you!” – while others borrow quotes from historical protesters such as Ghandi, all uniting together in a cohesive identity.

The heart of the exhibition lies in the visions of the artists, who wish to re-imagine the future of their city. Hong Kong may be yet to experience the humidity-breaking deluge that changes their political status, but Before the Rain continues a committed conversation about the future of the city, and the future of the world as well. 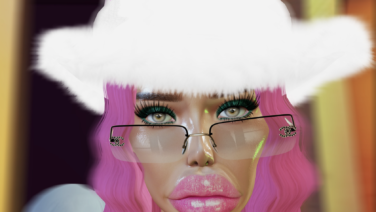 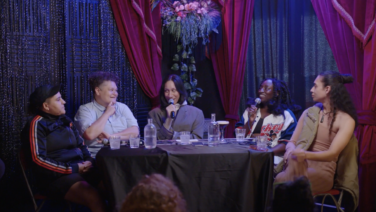