The Drones Interview: The Rules of Time Travel & The End Of The World 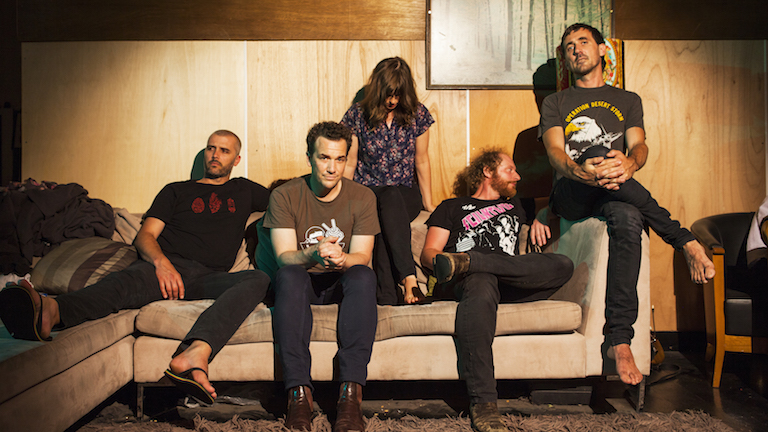 “Well, the earth is ending, it’s all over… so we should just dance, shouldn’t we?”

Gareth Liddiard and Dan Luscombe from eccentric rock band The Drones invaded the studio during Arvos with Darren Lesaguis to talk about… well, a lot of things. They shared a fairly hilarious chat about the rules of time travel (as laid down by “Stephen Hawking and a whole lot of other guys”), some deeper musings on what people would have shouted to Beethoven after one of his concerts knowing he was deaf, and, oh yeah, a bit about their music.

Their snarling seventh album, Feeling Kinda Free, was released in March and earned FBi’s album of the week. Gareth and Dan opened up about the themes on the record – from Australia’s current political situation to morality and ethics. They also shared some dubious special live commentary over a couple of the tracks from the new album. Exclusive!

New DJ sideproject from The Drones? 💪 listen to their chat with Darren on Arvos at fbiradio.com @thedronesofficial