PREMIERE: The Buoys get frank on unfettered new single ‘Inside Outside’ 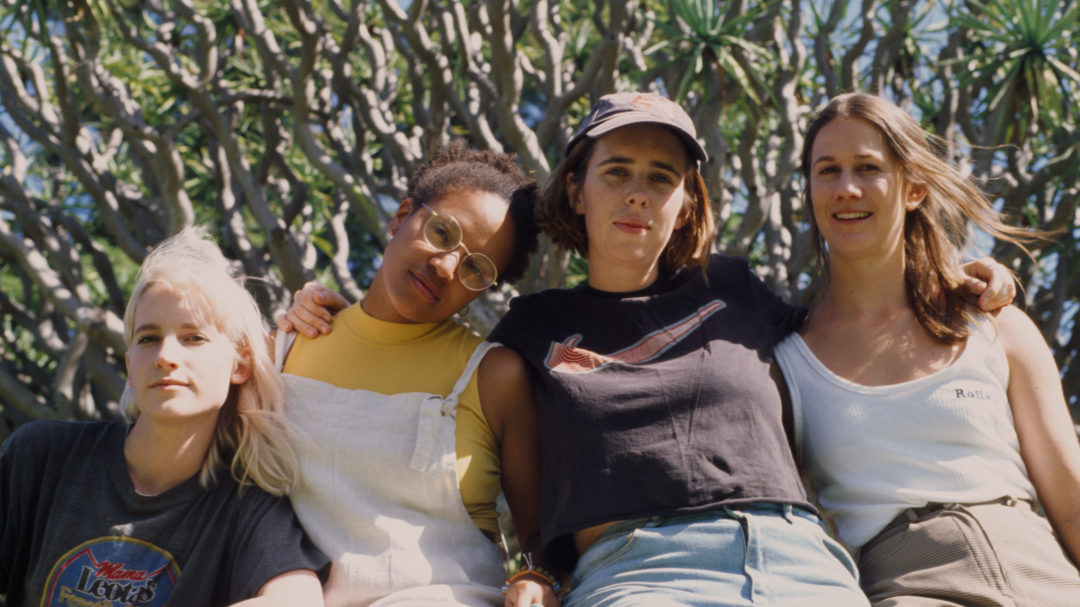 ‘Inside Outside’ is a satisfying taste test for The Buoys’ hotly anticipated new EP. It was debuted on Up For It with Ruby Miles. Check it out below, first on us.

Former FBi Radio Independent Artists of the Week The Buoys are back with new song, ‘Inside Outside’. The track is a fiery rock anthem, built on an unapologetic rejection of being mansplained. Recorded at Golden Retriever Studios with Antonia Gauci, ‘Inside Outside’ is empowering and outspoken.

Lead vocalist, Zoe, calls out the tendency to comfort the wrongdoing of others: a task that often falls on the shoulders of wom*n. Sick of being spoken at instead of spoken to, Zoe veers in her delivery from snappy to drawl and leaves you hanging on to every word. She sings over the catchy fuzz of guitarist Anthea, who matches the punchy bass from Courtney, and grounding beat of Tess on the drums.

Like previous FBi faves ‘Blues Point Road’ and ‘Arm Wrestle’, The Buoys’ latest track features a heavy guitar presence that accompanies its soft garage grunge sound. What makes ‘Inside Outside’ stand out from past tracks is its malleable energy that makes it a fitting soundtrack for either a pub-side headbang, or swaying in the late hours of a house party.

It’s hard to believe that the four bandmates hardly knew one another a year ago. With ‘Inside Outside’ they’ve found both their voice and sound as their Sydney independent music scene star continues to rise.

They will be playing at this week’s Bad Friday festival, before premiering ‘Inside Out’ live at gigs next month. Keep your eyes peeled for The Buoys’ full EP towards the end of the year.

Tune in to Up For It every weekday morning from 6am.