Premiere: Moonbase turns it down and turns it out on ‘Night Rehearsal’ 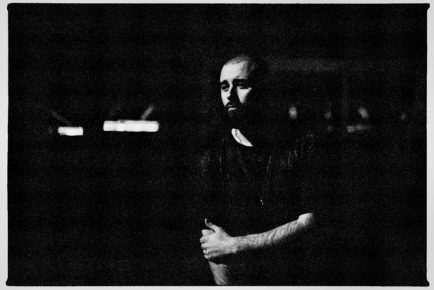 Sydneysiders have always loved their future bass, so it was no surprise to most when local producer Moonbase garnered international critical acclaim for “It Don’t Matter” – his 2017 collaboration with Cali rap superstar Anderson.Paak. But Moonbase’s meteoric rise was quickly derailed by a battle with a brain tumour and a resulting forced hiatus. Since his triumphant return last October, Moonbase has maintained his momentum, jumping back in the studio to complete unfinished projects.

Last week saw the release of “Heatheness”, the lead single from Moonbase’s upcoming EP and an obvious but exciting pivot away from the dancefloor-ready tracks from pre-2018. Titled “Heathen”, the EP is slated for release on the 13th of December. It’s a collaborative project with Florida rapper Chester Watson, whose conversational cadence is reminiscent of the likes of early Tyler the Creator or Rejjie Snow.

“Chester and I started working together on this project around 2017–we were just throwing around a few ideasand beats, nothing too serious. I wanted to create something sonically heaving yet silken, like smoke hanging in a dark room. I was always a huge fan of Chester’s music, and I thought he would be the perfect fit for the sound I was aiming for.”

All signs point to Moonbase launching into new territories. This week he dropped “Night Rehearsal”, the EP’s second single and a logical continuation on the theme of “Heatheness”. “Night Rehearsal” certainly feels like its namesake. Sporting production that is crisp, melodic and sleepy all at once, paired with Watson’s laidback lullaby-like vocals, the track is directly aligned with the relaxed lofi hip hop dominating the charts globally. “Night Rehearsal” not only proves that Moonbase is a producer that can turn his hand to anything, but once again cements his status as a player on the global stage – just in case anyone forgot.

Stream “Night Rehearsal” below, and keep your eyes and ears peeled for Moonbase and Chester Watson’s EP “Heathen” due December 13th.