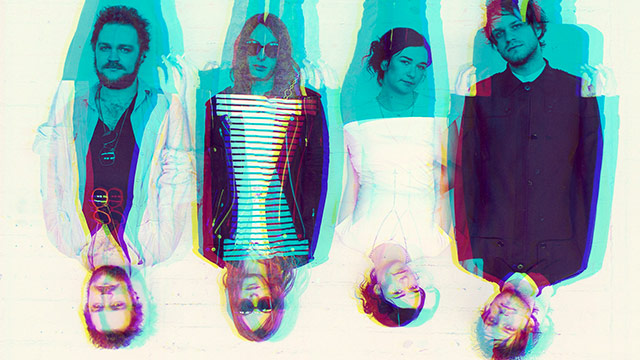 “We used to play shows in the library at Wagga. My mum used to organise the gigs.”

Gemma O’Connor and Brodie Brümmer of Flyying Colours emerged shivering and shaking from Canberra to treat FBi and Stephen Ferris to a live performance of the new title single off their ROYGBIV EP coming out 21 August. Since their hit Wavygravy garnered an online following back in 2013, these four ‘shoegaze’ artists have amassed not one but three overseas labels — in Japan, Europe and the US.

“For me [shoegaze] is just a vague term.”

They spoke to Stephen ahead of their Visions #16 gig at the Bank Hotel in Newtown and were pretty keen to share not just their love of shoegazing but skygazing too with their rainbow-inspired EP. It’s their wordiest song yet, but as Brodie says, “[I] don’t believe we’re one specific thing from one track to the next.”