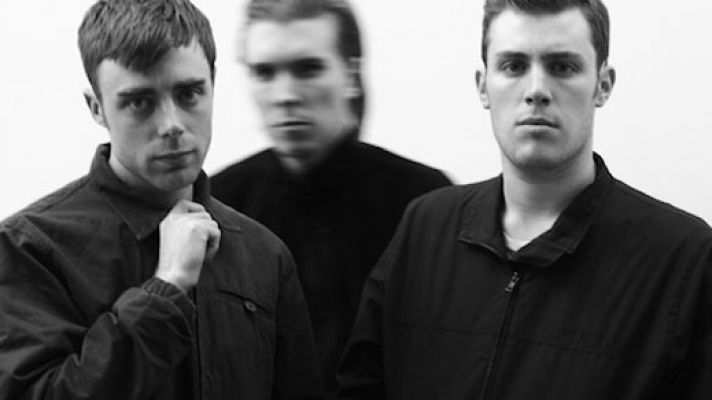 Seekae are an act who continue to set themselves apart from their peers. They demand close attention: listen properly, immerse yourself in their craft, and you will be rewarded with their metallic, synth-laden melodies running a marathon across your senses.

Winning our hearts with their debut masterpiece The Sound Of Trees Falling On People and its evocative follow-up +Dome, Seekae have engaged in serious FBi airplay; scoring two from two FBi albums of the week.

Signing to forward-thinking dance label Future Classic early 2014, the outfit have since announced their third record, The Worry, that is to be released on Friday 12th September. Gaining a taste of either end of its spectrum with singles ‘Another’ and ‘Test & Recognise’, we know The Worry is loaded with versatility.

Amongst touring the country in support of their most recent offering, ‘Test & Recognise’, we were able to squeeze into George Nicholas’ busy schedule to discuss the outfit’s formation, the forthcoming record and what we can expect from Seekae in the next coming months.

Previously known as Commander Keen, what is the meaning behind the name Seekae?

That was Alex [Cameron] and John [Hassell]. I was always like a pretty cool kid, you know, I was out there playing sport and scoring goals and stuff.

Alex and John were like… computer nerds? They’d sit at home playing computer games and get their mums to make them sandwiches and stuff like that. They loved this game called Commander Keen, so they convinced me to call the band Commander Keen, uh, against my will. Then we found out that there was another band in Scotland called Commander Keen, so we were thinking of another band, and so we thought of CK – the letters “C” and “K”, but we were like, “Ahh, Calvin Klein…” So we just went for the phonetic sounding Seekae.

I’ve read that you and Alex [Cameron] rekindled eight years after attending primary school together. How did that come about?

[Laughs] We were both on schoolies week, and kind of met up, [laughs] which was kind of a pretty surreal experience, amongst all the gross things that happen at schoolies. So we made something that was long lasting and worthwhile.

Where did you go for schoolies?

We both went to Byron Bay.

Your debut record was released through Knitting Club Records, and then re-released through Rice Is Nice who also put out +Dome. Now signed with Future Classic, can you guys see yourselves staying with the label long term?

Yeah, I mean Knitting Club Records was just a record label that we decided to put out… I mean it was unsigned essentially; just us going to a CD printer. Then, very surprisingly, the amazing people at FBi made it Album of the Week. It was a total fluke [laughs] – we didn’t have a publicity team or anything like that, we didn’t even have a manager at the time, I think we just gave in a burnt CD-R. Dan [Zilber] being the workhorse that he is actually listened to the album – which is pretty amazing to receive a CD-R from three nobodies, and yeah he made it Album of the Week and we got signed after that.

But yeah! I don’t know, I’ll see how it [Future Classic] goes. I think they’re good at what they do and they’ve got a good audience. Yeah, I think we’ll do some more stuff with them for sure.

You released the first two records for the first time on vinyl earlier this year. Was this a goal that you guys had hoped to achieve for a long time?

Yeah, it was, and we would’ve been sort of disappointed if that didn’t happen. When Future Classic offered that to us, we were over the moon about that. It was something that we’d all really wanted to happen, cause it’s just nice to have something physical. And I know CDs are physical, but CDs, I don’t know, they just don’t have the same feel to them.

To be honest, I haven’t actually seen the vinyl yet [laughs], I’ll have to pick one up. It’s just nice to know that there’s someone out there with their record player putting it on. 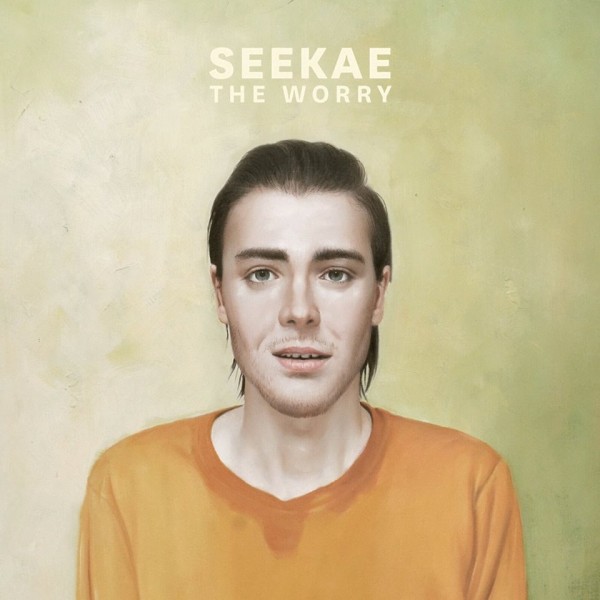 You’ll be releasing your third album, The Worry next month. Having heard more vocally driven tracks, can we expect a significantly different sound as opposed to previous works?

Yeah, it’ll be pretty different, I mean probably most notably the songs that have got more vocals on them. We played with putting vocals on the first two albums, and there are one or two tracks with vocals. This one I wouldn’t say is vocally driven, but there are vocals on pretty much all the songs. It’s different in a number of ways, the vocals, and also the sound that we use is completely different to the first two albums.

Yeah definitely, so there’s a lot of stylistic ground covered on the record. It’s not all slow, ambient music, there are those parts of it, but then there’s also parts where it’s more dancefloor orientated; but the consistency, I think, is in the aesthetic and the sounds that we’ve used in the tracks.

I suppose it would cater to many different people then?

Yeah it does. So we released another single from the album quite some time ago, and then we decided to put out ‘Test & Recognise,’ which is the second single. I guess the choice of those two singles was because it kind of showed the breadth of the record. Those two tracks are vastly different; one’s super slow and super sparse, and the other is a little bit more intense and experimental and up-tempo. We wanted to kind of keep people off guard, you know, play with people’s expectations of what the record is going to be like.

And you know we got a good and bad response from the old fans that ‘Another’ was a bit too simple and safe, and then [laughs] we put out ‘Test & Recognise’ which I don’t think is a very safe song, I think it’s a pretty experimental song, in my opinion.

Would you say The Worry is a concept album?

Ahh, well it’s an album which has a concept, but saying it’s a “concept album” might be kind of stretching it a bit far. There’s definitely a theme that runs through it. It’s about worry and anxiety, without giving away too much. There’s definitely themes that keep popping up in the lyrics and the songwriting as well.

You just released the clip to ‘Test & Recognise’. What was it like working with Bark & Cat?

It was good! Yeah I really liked it. That was recorded I think, very late one night? Like 3am or something? Yeah the whole thing was a bit of a blur, but yeah the clip came out good.

Can we expect Seekae at any Australian festivals later in the year? Possibly at Falls Festival?

Maaaaybe… Yeah I can’t really say anything [laughs]. There’ll be a few festivals, but I’m not sure if I can mention them.

We’ll just do this tour and release the album and do some overseas tours. The whole thing kind of depends on the response to the album really. There’s a lot of worry and anxiety that goes into putting out an album, so it’s all kind of hinged on how the record’s received. Hopefully keeping busy though!

Seekae’s ‘The Worry’ is out on Future Classic on September 12.