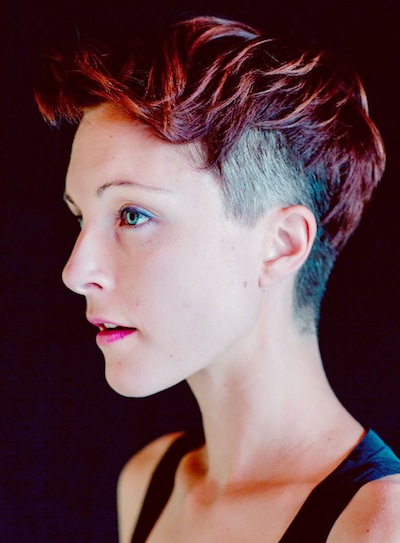 Having received the blessing of sonic trinity Kanye, Jay-Z and Justin Vernon, synth-pop zeitgeists Poliça have set forth Shulamith, a blow to the curse of the second album with trip-hop electronic knuckles.

It’s bizarre when frontwoman Channy Leaneagh‘s voice floats down the phone line, unadultered by the surrealist auto-tuned nuances that coat the Minneapolis-based band’s signature explosive polyrhythms. The same clarity expounds their latest release; a megaphone to radical feminist Shulamith Firestone‘s ideals, and a hard nudge to all who haven’t got their cuts on repeat yet. 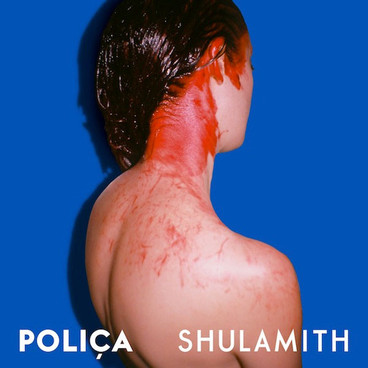 Mina: Give You The Ghost was a break-up album, but Shulamith has a political edge. What influenced this approach?

Channy: This definitely isn’t a concept record with a distinct narrative. It really follows what we did in the first one and is a little more realised. It has a lot to do with working together and making music that we’re excited about. I just kind of write about my life and the characters in my life, with elaboration if I want to – if I need to.

Is the record a dedication to Shulamith Firestone, or an echo of her feminist ideals?

I didn’t read her book (‘The Dialect of Sex: The Case for Feminist Revolution‘) until after I finished writing, so it would be wrong to say that the record was inspired by her. Her influence on me came after the record was finished, but a lot of the things she had to say, and the kind of woman she was, answered a lot of the questions that I asked. I tend to write as a way to understand and question the world and the way it works and my place in it, and she answered a lot of the questions that I had about that.

How did you experiment with songwriting the second time around?

Ryan Olson is still the producer and composer. He writes all the stuff – the basis of what we all write to, what we all react to. He’ll make lots of beats. During this record, a lot of it, he wrote from Brazil. He’ll send it to me, or we’ll go into his room and he’ll play me the track. A lot of the beats are really heavy with drums [first]. Chris (Bierden), Drew (Christopherson) and I are all reacting to Ryan’s beats, more so than each other, bringing our own influences. Chris comes from a funk background, and we’ve all played in the band Marijuana Deathsquads, which is Ryan’s main band. I think we bring a lot [of that into it]. There’s two drummers in that band as well. We bring a little bit of a lot of things.

Jay Z and Kanye are fans, Justin Vernon has called you “the best band in the world”… Did you feel a lot more pressure creating this album?

The only pressure I really feel is to continue on, but in general, I think you want to always put pressure in check. Pressure can make a better record. You always want to make something better than what you made before, but not because there’s pressure on it. You want to do it because you want to become a better artist.

What was working on the clip for ‘Warrior Lord’ like?

Just being able to write the treatment, and work with my friends and be able to talk to them through it; it was such a great experience.

I heard that you aim for purist performance. How do you achieve that while mixing in lots of audio manipulation?

I like to make sure that I’m able to put on a good performance. If we have light production or other things, at the end of the day, I don’t want people to walk away [thinking] that it was a great light show or that the projection was awesome, but that I gave a performance that affected them and they felt something … playing Australia was prety memorable because I never thought I;d go to Australia in my life.

Two drummers and a bassist; do you feel that limits your sound palette?

It’s our sound. It’s what we wanted to work with. We wanted to challenge ourselves to create as much as we could and to make a soundscape that was interesting to us with just those intruments, so it’s still challenging for us. For now, it still works.

Being a mother and a frontwoman, how are you approaching the music industry in light of arising feminist concerns?

Being a mother, and a woman, it’s part of my thought process – what kind of legacy as I’m leaving for my daughter. Really, more than anything, I find she’s a person that I want to leave a good message to. I think honesty is one of the most important messages. I just try to be myself and make sure that I have people around me that will be honest with me, and that I’m not becoming a tyrant dictator and that I am able to just be a strong person, regardless of being a female or a male. I just want to be a strong presence and a strong performer, and be able to do that as a woman, and do things that I am comfortable with – and so far, that’s what I’ve been able to do most of the time.

You’re currently in the middle of an international tour. Any pre-show rituals?

I usually try to just relax before I go on stage, and I find that some of the best times start when we’re out back, so to create that kind of energy before you go on stage – to just be happy, and be your natural self and not let your heart get too bogged down by vocal exercises, deep breathing and meditation but to just relax a little bit and be like “I know how to do this” and do something fun, so we’re gonna go have a good time, enjoy the music and feel it.

Shulamith is out now on Pod through Inertia.