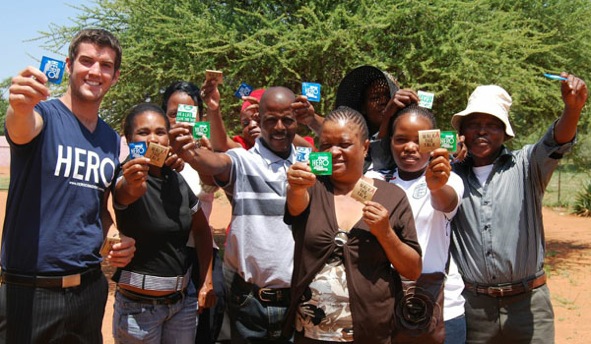 It’s quite simple: Have Sex, Save a Life, Save the World.

Less than a year ago University of Sydney grad student Dustin Leonard put his creative cap on and thought up a new business idea that’s a win-win every time: HERO Condoms, have sex and save a life.

You might have seen them them around already, hitting shelves in pharmacies in June this year. A small square design with no awkward outline of a naked couple on the front, a super practical matchbox-like opening for easy access to the goods, and they’re made out of 100% recycled cardboard.

Here’s the kicker. These condoms also come with a guarantee that gives you the power to change the lives of thousands in HIV prevalent areas of Africa. For every box bought in Australia, one is donated to a community in Botswana. Simple as that.

The idea for HERO Condoms came about as the result of a university assignment, was this kind of initiative something that you were interested in before your masters? Or was it something that you discovered you were passionate about once you were given the task?

Dustin :: It was actually just for a marketing project and I came up with this idea. It was kind of just a fun pipe-dream type idea, we thought ‘what if we could create a business that would help make the world a better place’ and it was kind of just a fun quirky project. And then as I was working on it I saw that it could actually turn into a viable business so I started working on a business plan to go with the marketing project. It just kind of developed from there!

The design of the whole box is so different to other brands on the market, how did you go about deciding what it would look like?

Dustin :: We wanted to do something different and if it hadn’t had started out as a university project we probably wouldn’t have ended up going with that design, just because it’s so different from what’s currently available.

The cool part about our boxes is that two of our boxes stacked together is the same height as a normal condom box, so when it’s on the shelf it has double the shelf presence and face value as a normal box. Everyone – retailers and consumers – seem to like it as well. One of the coolest parts is the fact that it slides out like a matchbox, it’s just much less clumsy than trying to get in to the top of a hard plastic box. 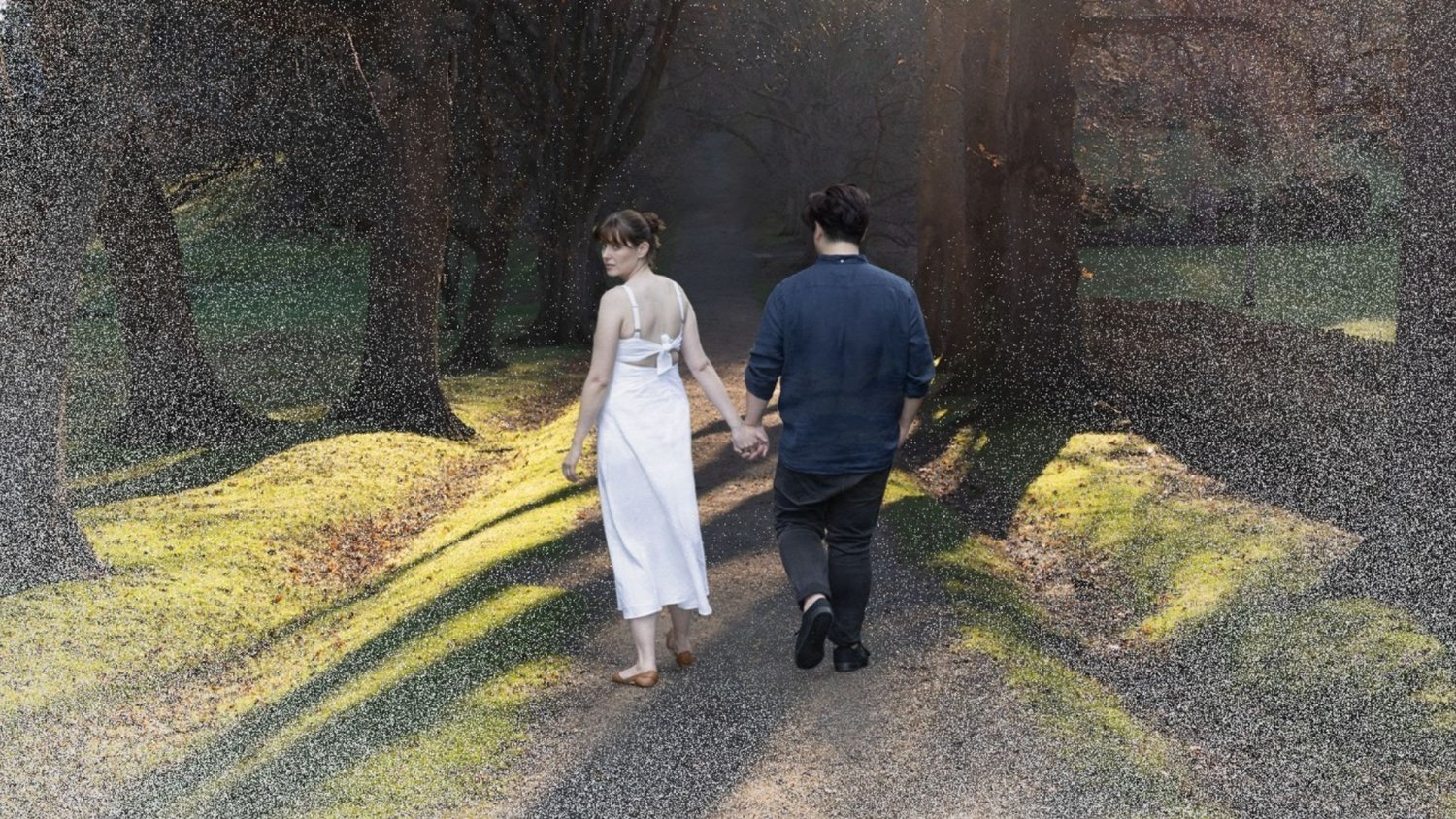 So as well as getting HERO off the ground, you’ve had a bit of legal trouble of late with another major condom brand and you even ended up in court. What exactly happened?

Dustin :: That was interesting, it’s a bit of a long story actually. It was some time in June, and I got a phone call from a customer and they were like, “Hey, saw you at the convention [Sexpo] this weekend and we really liked what you were doing. I was wondering, if I buy the HERO condoms on the Four Seasons website if it goes to the same cause as your cause?”

At the time I was literally about to leave Perth after the convention. I was checking in my bags and I was like, “Um, thanks for calling and thanks for your support but we shouldn’t be on the Four Seasons website!! I’ll look into this, thank you for your call!” etc.

After that I went and sat down and opened my laptop to check, and there on the front page of the Four Seasons website they had their new ‘HERO condoms’ that donate one to Africa for every one box sold in Australia. The box looked the exact same, the lettering, how they had used it and referenced it, everything was the same. 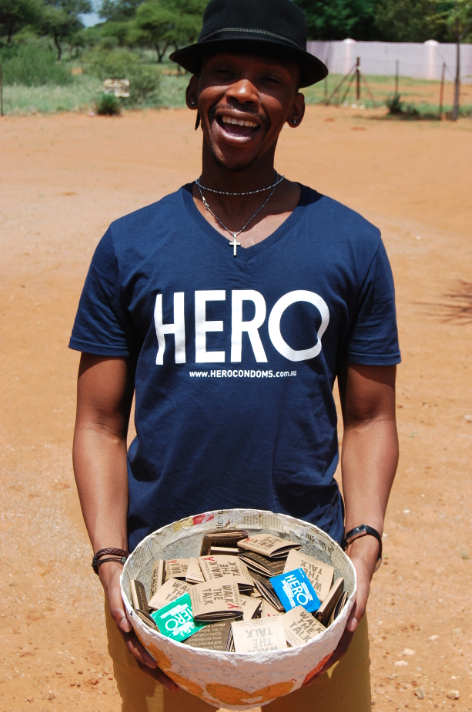 Had you trademarked or patented HERO at all?

Dustin :: See that was the other thing, we’d patented it in the states but we hadn’t looked into trade marking it here. We just assumed that if we got it going pretty well in Australia that someone would take it and try and use it in the states, so we made sure we secured it there. Didn’t really anticipate that someone would try and take it here in Australia, I guess I was just being naïve, but I was like, ‘Oh Australian’s are too nice, that’ll never happen!’

After I looked into it I was like wow, they’ve [Four Seasons] trademarked it, and I honestly thought I was going to lose the business… As soon as I got back to Sydney I went to 4 or 5 of the best law firms in the city for this kind of thing, and actually got taken on by one of them (Baker & McKenzie) pro-bono. So within 24 hours of me finding out we had a trademark infringement issue I had a top law firm in Sydney backing us up!

They basically tried to ask for more evidence that Four Seasons had never heard of us before and that it wasn’t in bad faith. But if you google HERO condoms we’re the only thing that pops up. I’m glad it all worked out well!

If you were to give advice to any other students who have an idea like HERO how to pursue it successfully and see it through to fruition what would it be?

Dustin :: Number one is don’t give up. If you have a good idea then make sure you push it and stand behind it. It might mean at times you’ll have to adjust your business plan to make it more of a viable option commercially, but it’s all about following that original idea. Networking is also really important and so is having a good team behind you.

I’ve found that having people who are older than me and obviously have a lot more experience is invaluable as well. Plus, investors will more often than not look at your team and see how strong it is. Because no matter how good your business plan is, there are going to be problems that come up that no one anticipated (aka the Four Seasons). You have to have a really robust team to solve those problems and do it quite quickly. Sometimes you have to part with equity in the company as well, it’s better to have 50% of something than 100% of nothing.