Energy In The Walls: Kamasi Washington in conversation 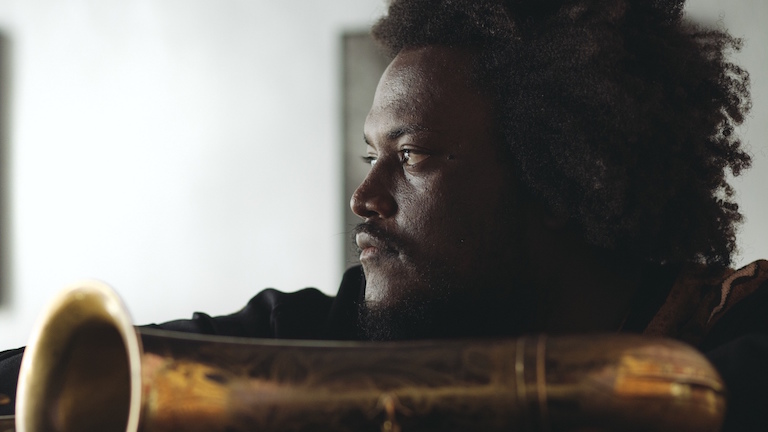 Released on Flying Lotus’s forward-thinking Brainfeeder imprint, the album was a long time in the making. Finished in late 2014, Washington waited for the right time to set it free – interspersed with sessions for FlyLo’s opus You’re Dead and writing string and horn arrangements for Kendrick Lamar’s To Pimp A Butterfly.

Washington – band leader, composer, editor and arranger – would trim down the album from 30 recorded tracks to the final 17. The Epic‘s scale didn’t discourage him from telling his story, in fact it was essential: “I wanted to create a one disc album – but after a recurring dream that encompassed all of these songs, I was inspired to put out these three discs.”

That recurring dream was the story of the opening track, ‘Change of the Guard’, an anime-inspired samurai story from which the rest of the album would transpire.

The Epic shows the full range of Washington’s talent. It’s a feast of contrasts: from intimate bebop to percussive funk and fusion influenced by Weather Report and Miles Davis’ On the Corner years, to soul and grandiose string and choir arrangements befitting a gospel setting. The album’s production is an infectious, powerful combination of fine orchestration, slick post-production and a raw, free spirit of improvisation.

To achieve this effect, Washington recorded the album in two phases. The first phase was tracking with his core band, which included the Young Jazz Giants: a group he formed with pianist Cameron Graves, drummer Ronald Bruner Jr, and Ronald’s brother Stephen on bass – better known now as Thundercat.

The effect of uniting these outstanding musicians, who share such a close bond with each other, is tremendous. Washington allowed them to be open and improvisational:

“We’ve been playing music together since we were three or four years old. There’s a freedom in there [and] a level of trust … they capture the spirit of what I was going for when I wrote, but also added things that are unique to them.”

This fed back into the next phase, where Washington could listen to those first recordings and piece things together:

“After [the first phase] I created the string and choir arrangements that you hear. I wrote them to fit into what was improvised… So you get a dual feel: free & composed.”

In an age of instantaneous access to music through streaming services and sudden unannounced releases, the deliberate time (and care) taken with this release was vindicated by its reception.

“People have been waiting for something like this, something that’s not restricted by a certain attention span or a specific length. It felt like a natural shift… people have been making music for thousands of years that’s longer than two minutes.”

Washington has been showered in accolades since the album’s release – being included in many of the year’s top albums lists, taking out album of the year in Gilles Peterson’s Worldwide Awards and most recently, the inaugural American Music Prize for Best Debut Album. His sound, passion and political message have led to several comparisons with the great American jazz composer John Coltrane – someone Washington greatly admires.

“Trane is one of my favourite musicians of all time, but it’s hard to wrap my mind around that comparison. I can only be me – the best I can be is who I am. I know what they’re hearing… I don’t take it too far either way.”

However, the reach and reception of this album outside of the US couldn’t have been expected. On tour, Washington felt that palpable sense of achievement when overseas, “performing to full houses in cities that I’d never even heard of!”

The Epic comes at a time when jazz and jazz-inspired music is gaining a huge amount of popular attention, led by the likes of Flying Lotus, Kendrick Lamar, D’Angelo, and even David Bowie’s final album, Blackstar, which features the Donny McAslin Quartet. Washington is delighted that perseverance is paying off:

While so-called ‘jazz’ genres have suffered a similar demise into obscurity that ‘classical’ music has, an album like The Epic speaks to audiences with no prior knowledge of traditional jazz forms, and Washington feels that audiences are ready for it now:

“People are much more open to the expressive nature of jazz… there’s an energy in the walls right now where people have a desire to express themselves and connect on a deeper level. That opens up their curiosity to jazz because it speaks to deeper self-expression.”

Despite having had to cancel a trip to Australia scheduled for last year’s Soulfest, Washington returns next week for the Byron Bay Bluesfest, with sideshows in Sydney and Melbourne. The live experience of Kamasi Washington and the Next Step is undeniably joyful. An album like this beckons the listener to a live performance, to share in the music on stage and witness what could seem like a spiritual moment.

This shared experience is essential to Washington and the current social-political climate in the United States is a huge influence:

“Music is a part of who you are, what you’ve been through, where you’ve been and what you’ve done. At the heart of Black Lives Matter is a movement to express that just because someone is different, it doesn’t make them opposite or irrelevant or dangerous, and just because I’m different from you doesn’t mean I’m separate from you. The movement is about recognising that fact and coming together against injustice.

When someone takes the life of any human being, we should all be outraged. Music expresses that, it connects people and it provides a shared experience, it shares a piece of your humanity with anyone who listens to it.”

WHO: Kamasi Washington – Bluesfest sideshow
WHEN: Wednesday March 23
WHERE: The Metro Theatre, 624 George St, Sydney
HOW MUCH: $61 + bf via Ticketek 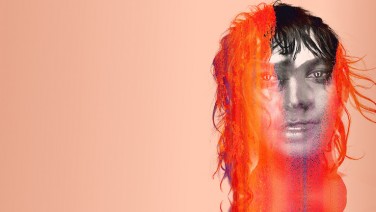 The lead singer of Antony & The Johnsons sheds light on her powerful new electronic project Anohni. 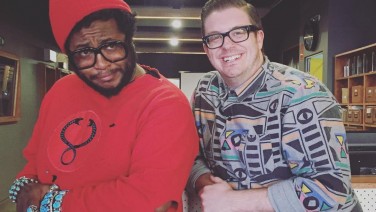 The LA producer, singer, bassist and all-round legend shared some influential tunes from David Bowie and Wings - plus a brand new one of his own. 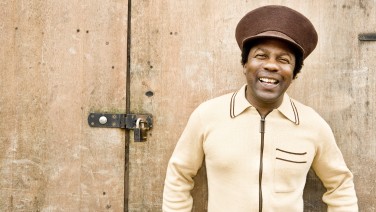 The man with the lion-head cane: Norman Jay with Stephen Ferris