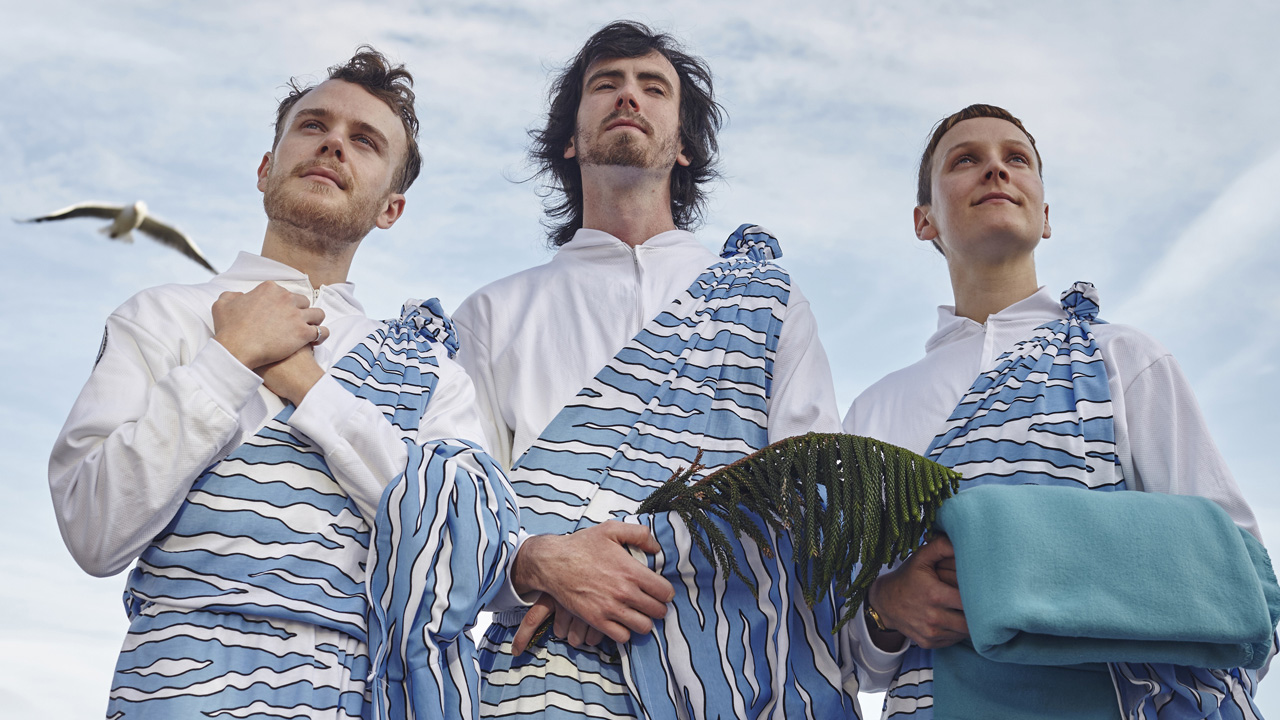 A hive mind comprised of Beth Dillon, Lachlan Herd and Kieran Bryant, 110% is an artist collective working mainly in performance and video, exploring how the tropes of motivational culture are translated to the career trajectories of artists in the twenty-first century. Bonding over gluggy orange juice, the trio began three years ago with visions of The Courdettes: a collective who made work dressed entirely in corduroy. This pipe dream was soon dismissed however and, christened 110%, the group made their first video work during a residency at Fowler’s Gap.

Their work is sarcastic and humorous. In Holiday Feelings, an installation at Underbelly Arts in 2015, 110% assured audiences that “our labour is your leisure, and your leisure is our pleasure”. Serene attendants in the space greeted audience members with a warm towel and a cool mint. Visitors were invited to take a ‘holiday’ within the festival, to physically and mentally relax from the burden of any challenging ideas they may have encountered. By asking audience members to participate in their relaxation space, 110% played with the expectation of contemporary art as entertainment, specifically in relation to performance art and what is expected of artists in a festival context. Just how easy are artists meant to make their work for audiences to interpret? How much work is a viewer meant to put in before throwing in the towel, rolling their eyes and stating that they just don’t get it?

110% strike a harmonious balance of comicality and criticality. They “try hard to avoid making a pun of a work or a one liner, and instead have the framework of humour to loosen it up a bit, so that people laugh and then stop and think about the concept more deeply”. Their most recent work as part of the group exhibition Art / Work at Kudos Gallery featured a performance where they wore t-shirts printed with their own optimistic faces, their dream resumes on the back, while they mingled with the audience speaking only in terms of how “busy busy busy” they are. They relentlessly worked the crowd, hair slicked back and their self-promotion cringe worthy, refusing to slow down or acknowledge anything other than their careers as artists. Tapping into the present anxieties of many emerging artists in Sydney, their work caused one fellow artist to leave. Post show she sent them photos of her sweaty hands, her perspiration the physical embodiment of the all-too-real art world pressures to vie for recognition and validation.

In all seriousness, 110% are actually very busy artists. They’re currently in the middle of a two-week residency at Free Fall (the Oxford Art Factory Cube space), and are the featured artists in June for After pARTy at Freda’s Bar. They also have their sights set on climbing a mountain in Geneva as the final instalment of a three-part exhibition series titled A Summit Wouldn’t Do Without You. You can witness Dreaming the Dream at Firstdraft in July, and Training is the Essence of Transformation at Bus Projects in September. If you’re as ambitious as 110%, you can even head to Switzerland to witness them climb a mountain called ‘The Mole’, fulfilling their lifelong* dream of holding a summit on a summit.

*lifespan of the collective is approx. 3 years. 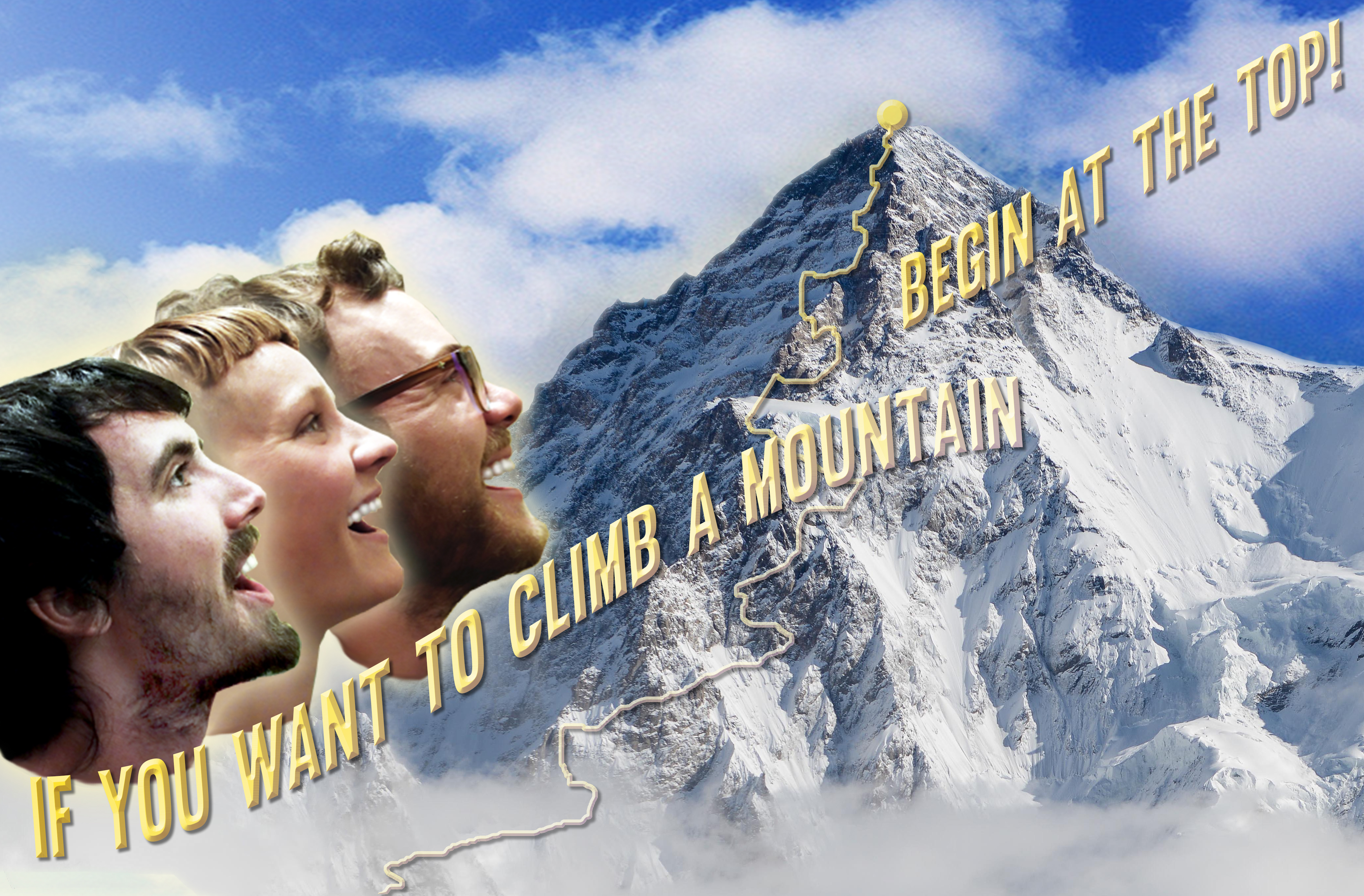 A Summit Wouldn’t Do Without You (2016-2017) Promotional image, Firstdraft Gallery, Sydney 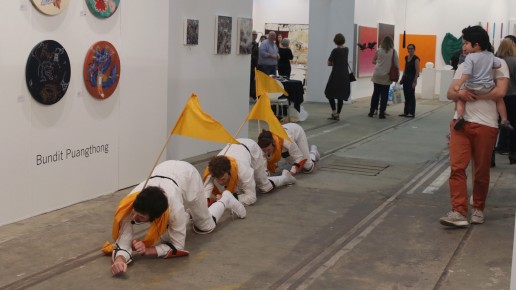 WHAT: After pARTy
WHERE: Freda’s Bar
WHEN: 1st June, 7pm
HOW MUCH: free 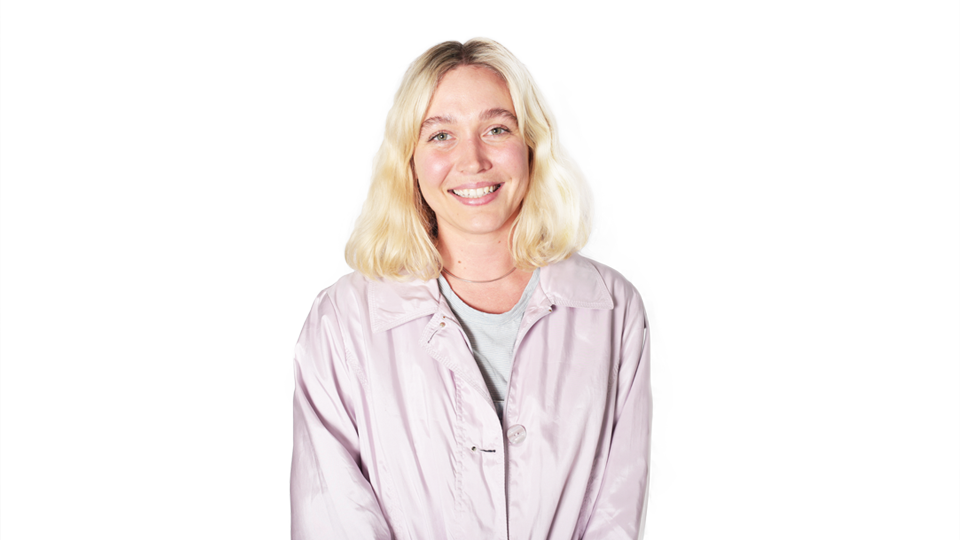