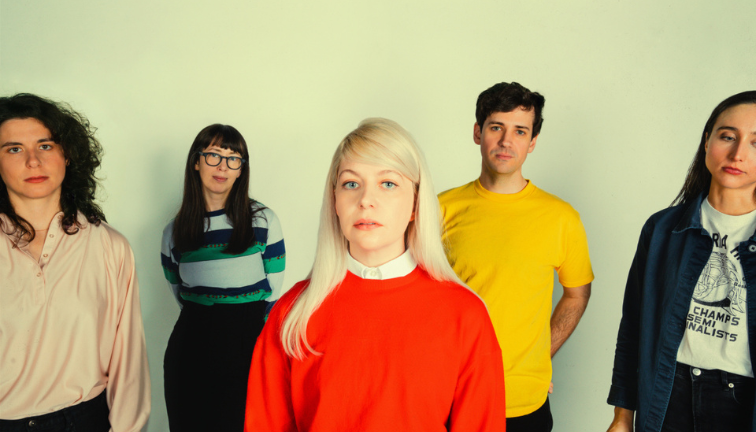 Canadian Indie rock-meets-pop band Alvvays have just released their third studio album Blue Rev. The record is a sonic journey down a windy road littered with punchy drums, bright synths, melodic walls of guitar and ethereal vocals. Blue Rev has been met with critical acclaim and the band have begun the formidable task of a US tour. Vocalist and rhythm guitarist Molly Rankin found time in the thick of their tour to jump on Zoom with Maia Bilyk on Mornings to chat all about Alvvays’ latest release.

The album comes a long time after its predecessor. Their last record Antisocialites came out in the pre-COVID world of 2017. Molly was quite nonchalant when explaining to Maia why there was a five year gap between the records.

“We had quite the time compiling all the songs and getting the recordings to sound good, so it’s just nice that it’s not a big failure.”

When Molly says the “had quite the time” she is putting it lightly. Over the course of the album’s creation Alvvays had demos stolen, equipment damaged by a flood, a line up change and a pandemic to contend with. Ironically, Molly said the factors that were within the band’s control were the ones that that slowed down the creation of Blue Rev.

“I’m a fairly slow writer as well, so albums are gonna take a little bit more time… Alec and I are very into fine-tooth combing everything and find a lot of bliss in the details… It’s not perfectionism, it’s just our weird little idiosyncrasies and habits.”

When it came to the actual recording of the album, the pace changed dramatically. Alvvays were urged by fellow Canadian and producer Shawn Everett to play the album front-to-back straight to tape. They did this only twice.

“I don’t know if that was something Shawn felt we needed… In some ways it was almost a very perceptive decision based on our own neurosis.”

Maia expressed to Molly that this new recording process has given Blue Rev a feeling of being alive and meaningfully messy. Molly attributed this to the time it took writing the record along with the resonance their new recording process has with their roots of recording in a basement or garage. Molly emphasised the similarity between the two when highlighting their ability to embrace spontaneity.

“Being able to keep some of those very spontaneous moments and leaning into that a little bit more was very helpful in creating more dynamic. Whether that’s a vocal performance or a really blown out guitar solo that we didn’t have the heart to redo.”

Overall, a combination of time, experience and a new approach to recording are the building blocks of Blue Rev, signalling a fresh chapter for Alvvays. You can listen to the record below, and hear Molly Rankin’s chat with Maia Bilyk on Mornings up top. 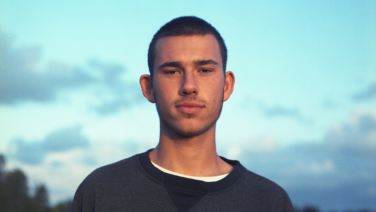 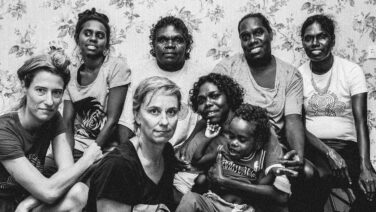 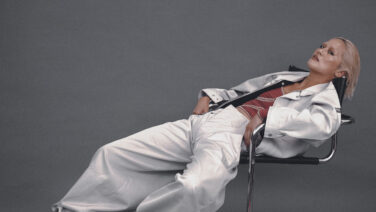 CORIN chats art in all forms on Mornings with Louisa Thurn

Corin Ileto is an electronic producer, composer and performer. She joined Louisa Thurn on Tuesday Mornings to chat about live shows, practice during lockdown and collaborating with local artists.