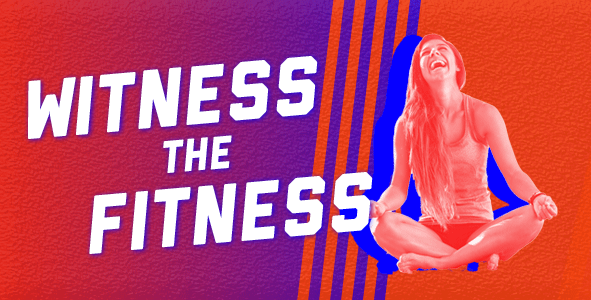 As a city, Sydney is guilty of succumbing to fitness trends (#cleaneathing #greensmoothie #acaigojispirullinabowl). If there’s one thing that Healthy Harold taught us, it’s that 30 minutes of exercise a day is one of the things that you should do if you want to be a grown up or good human. So, as Harold sits dormant in his caravan, robotic parts probably worn out, Bindi Donnelly has risen from his ashes to be your athletic spirit animal…

Yoga, like Absolut vodka, comes in many flavours. You can do yoga by the sea at Tamarama, yoga under the sea at the aquarium, hip hop yoga at Bondi, and naked, male-only yoga in Erskineville. However, there is one kind of yoga that is as elusive and enticing as catching the golden snitch. Laughter yoga.

Going into the class, I was unsure of what to expect; salutations to the silly sun, warrior two with a comedian in the background? Ultimately this naivety was great; like watching Catfish for the first time, unaware of the twist.

I turned up in my newly acquired “yoga gear.” Looking a little bit like Redfoo. I looked around and saw that most people were just in civies and realised that laughter yoga might not involve much exercise. I’m instructed to make a “bright, happy” nametag. For a brief moment, I have a panic attack that I’m at one of those Landmark personal growth forums where you have to write really honest letters to your parents about how you’ve both failed each other.

My fears aren’t quashed when, as an opener to the class we make a circle, walk around looking each other in the eyes, say namaste and then break into forced laughter. Afterwards we clap our hands in the middle three times and say “yay, yay, great” followed by a fist pump. In the beginning I think most people feel a little uncomfortable.

Making eye contact while doing this feels like unprotected sex. I wonder if these people can see into my soul?

I have a quick meeting with myself and decide that if I want the true experience I’ve got to go full native. I need to be like Mark in Peep Show when he goes to the free flowing dance class and does a kind of palsy’d interpretation of the colour red.

I look to my right and there’s a guy called Chet, who told me before the class he’s just changed his life in a massive way and spent six months in Hawaii sitting on the beach, drinking cocktails and surfing. He seems to be “getting it” and I decide that he will be my spirit animal.

We do a laugh where we pretend to walk up to the beach (the class is summer themed), put our toes in, realise it’s cold and squeal with laughter as we run away. I “splash” Chet with laughter and he dodges, we run shrieking back to the shore and I’m aware that I have been given permission to spend the next hour playing in a way I probably haven’t since I was a kid. We do the elephant laugh, the Hollywood laugh and make a laughter cocktail.

I’m abiding by the fake it ’till you make it rule and things feel like they’re starting to make sense. I no longer feel like a housewife on prozac laughing nervously; I am laughing tremendously and it feels great. We move into a “freeform” laughter exercise where we sit in a circle and start with a small chuckle and build up to what feels “natural”. I feel a bit awkward again but look over to my spirit guide Chet and see a little tear in his eye from giggling, which sets me off.

We move onto our backs and do the same thing. Not being able to see anyone else feels freeing and I try out different laughs “ho, ho ho” “heeeee, he, heeee”. Everyone is really losing it and the experience is cathartic. We finish on a meditation and by the time we’re done I feel happy, relaxed and impressed that I’ve done something I would normally find mortifying.

You could literally eat an entire family meal from KFC before this class.