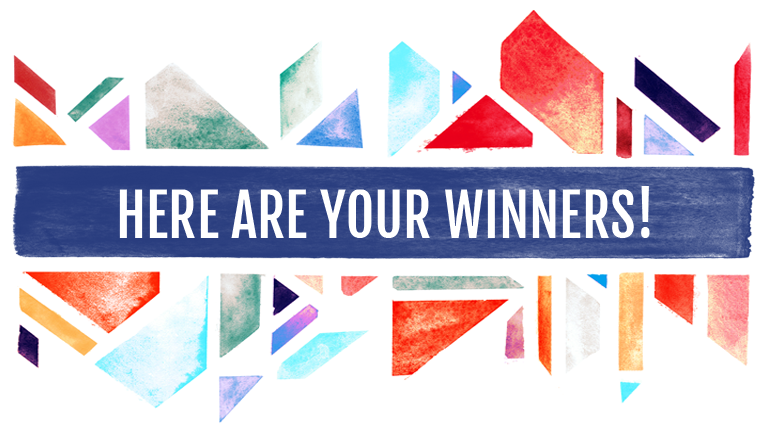 Thousands of you voted, and here are the results…

The winners of the 2015 FBi SMAC Awards have just been announced, with a ceremony broadcast live on 94.5FM from Carriageworks. Hosted by the one and only Joyride of The Meeting Tree with partner in crime Raph Dixon passing out the trophies, the awards featured live performances from Big White, FLOWERTRUCK and Gordi.

A huge congratulations to all our winners and nominees, you are the reason we love living in this city. We are especially proud to announce the 2015 SMAC of the Year – Ben Marshall. Read more about him and the rest of our winners below!

The Xena of the South Pacific, Latai Taumoepeau uses body­-centered performance to combat race, class and female body politics. She shares stories that stem from her home and heritage. From the Island Kingdom of Tonga to the floors of our major experimental arts institutions, Taumoepeau regenerates contemporary performance with her indigenous dance frameworks to activate a voice for marginalised communities and exhibit an honest representation of Pacific culture.

Celebrating early career artists, Underbelly Arts Festival developed and showcased a program of visual arts, installation, dance, performance, sound art and live art on the stunning Cockatoo Island. Artists were let loose on the island to push the boundaries of their medium within the expansive industrial landscape. Punters were also treated to a late night party with performances by experimental musicians. With a focus on emerging and experimental art, Underbelly Arts is at the forefront of Sydney’s art scene.

The queue that gathers in front of this rustic Redfern canteen doesn’t lie. There are plenty of reasons to line up for Scout’s Honour – the chicken salad and potato chip sandwich is one, the roasted veg sambo is another, the stack of just-­baked biscuits and muffins conquering the counter is a third. The fact they can turn their slow-roasted lamb shoulder lunch box into an accommodating vegan meal is just another of Scout’s Honour’s magic tricks. Grab a takeaway order and the staff will even pop a bonus piece of fruit into your bag, like a super-thoughtful parent. What’s not to love?

Royal Headache have a hard-earned legend attached to their live sets. Whilst partly a product of the band’s entirely unpredictable trajectory, that legend is mainly due to their consistency as performers. Front-man Shogun could be a leader to the masses, he could be a zealot, but instead he pours out his emotions on stage as readily as he takes off his shirt and soulfully howls the microphone, beating his chest and baring his soul in an act of artistic atrophy. Supported by a blistering wall of punk rock arrangements that come just shy of blowing out the speakers, Royal Headache’s boisterous live performances have earned their place in the mythos of Sydney’s live music scene.

The House Of Mince

Party prodigies House of Mince bring Glamazonian butch queen fierceness wherever they go, inspired by the New York vogue scene. Combining classic house vibes with ill rhymes, the House of Mince crew are the coolest kids of the gay underground. This year saw their glittery basement bashes expand into the Studio at Sydney Opera House for the Vivid LIVE Goodgod Minceteria and The Factory Theatre for Super OpenAir. Open‐minded and inclusive; anyone is free to join in on the eleganza extravaganza.

‘Nothing To Lose’ by Force Majeure

Undeniably overweight and bursting with self­-love and acceptance, Force Majeure’s dance theatre piece Nothing to Lose is a celebration of the richness and variety of fat bodies. It shines a spotlight on fat people’s stories, as well as the materiality of their flesh. The work creates a safe space for expression; the dancers are strong, flexible and sassy. Nothing To Lose aims to challenge the culture that banishes fat people from public life.

The lush, South Coast ­bred sounds of Shining Bird return with ‘Rivermouth’; a deep-­voiced purr set to gentle, soothing guitar balladry. Honestly, the vocal chords of Dane Taylor should be utilised for meditation tapes, he is the king of calm. Bonus points awarded for a music video that features snakes as a revolutionary and environmentally friendly mode of transportation.

Earlier this year, a polygonal sports car drifted across a fluorescent sunset pumping Flash Drive, and our pupils collectively dilated. From then on it was clear that the return of Wave Racer would be exactly the shimmering, hypercolour spectacle we were hoping for. We’ve watched the trailblazing producer jet across the seas to play high-profile festivals around the world, his debut independent release barely out of sight, but now he’s back down under with a truly confident live presence and a stunning EP on Future Classic. The release is a strong artistic statement, a unique moment in time, and a perfect speed-run through the technicolour neurons of Sydney’s 16-bit superstar.

Her moniker tells it all: Sampa the Great is ready to be monumental. With effortless flows and impressive production skills, the Zambia-­via-­Sydney artist delivers hip­-hop with a heavy dose of sass and soul. In 2015, the charismatic emcee has made some serious waves with manifesto ‘The Great Mixtape’, a love letter to her cultural identity, her gender, hip­-hop, and to herself. Ambitiously poetic and consciously proud, Sampa The Great has a unique flavour that demands your attention.

Picking up right where they left off, Royal Headache bring a unique melodic touch to their second album that puts them in a class of their own. High traverses rock ‘n’ roll, punk and soul ­with front man Shogun bringing a more dynamic vocal style that hits deep on every track. We had wondered whether the band would ever come through with a second album, but after four years, High is certainly worth the wait.

Urban Theatre Projects with curator Rosie Dennis presented this joyous project for Sydney Festival 2015, bringing art out of the gallery and into the community. A Bankstown street was closed off as the stage for a program of performance, film and visual arts by Australian and international artists. We were invited to see world-class theatre in suburban backyards, watch films around a hills hoist, or sit kerbside and hear the songs of contemporary Australia.

Sydney’s creative heart often beats away from the picture perfect views – with our artists getting pushed further towards the outskirts. But this year’s FBi SMAC of the Year winner has worked tirelessly to elevate local culture in the context of an international icon. Ben Marshall – Head of Contemporary Music at the Sydney Opera House – knows we must celebrate the local as well as the global. He doesn’t take the cultural fabric of this city for granted – offering up the Opera House stages to Royal Headache, Goodgod and the House of Mince, Future Classic, Tame Impala and many more homegrown acts. 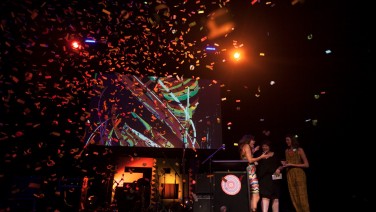 We are so excited to present the finalists for this year's FBi Sydney Music Arts & Culture Awards. 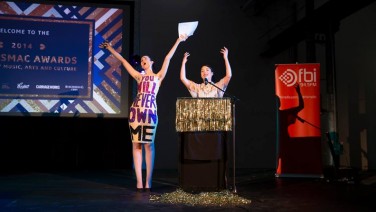 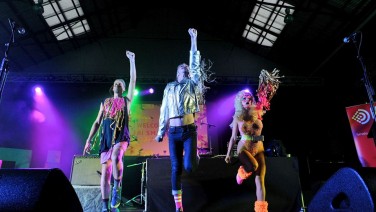