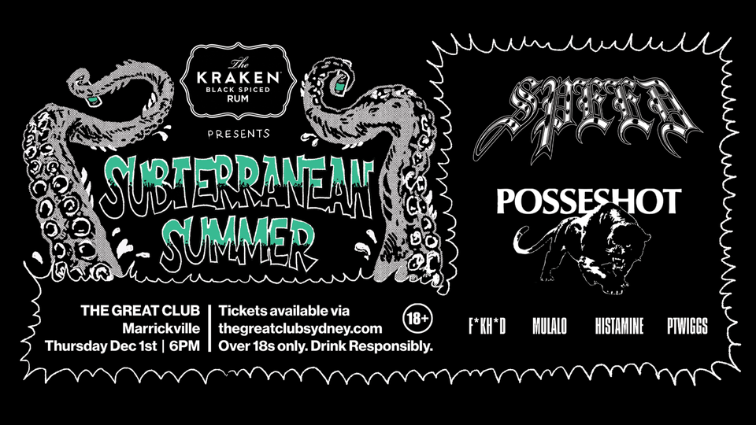 Kraken Black Spiced Rum is bringing the depths of the underground music scene into the light to present Subterranean Summer, a live music showcase on Thursday December 1.

Sydney hardcore band SPEED are headlining along with Melbourne hip hop duo Posseshot, with support acts including DJ F*KH*D, Mulalo, Histamine and Ptwiggs. The line-up features Australia’s rising countercultural talent and will be the first time the artists will perform on the same stage.

Subterranean Summer is being held at the Inner-West institution, The Great Club in Marrickville. The show is sold out! but we have some double passes to giveaway…

For your chance to win, email membership@fbiradio.com with SUBTERRANEAN SUMMER in the subject heading. Must include your FBi Radio supporter number and contact details. 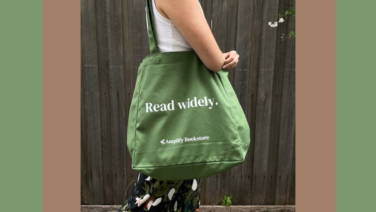 We've got an exciting giveaway from Race Matters courtesy of the launch of their BOOK CLUB with amplify bookstore. Win a tote bag! 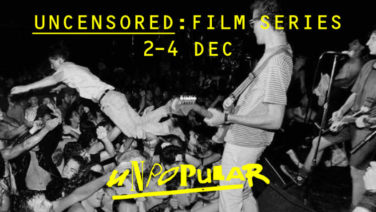 This weekend, the Powerhouse will be kicking off the Unpopular film program: Uncensored. Score a double pass to the Sunday sessions on us! 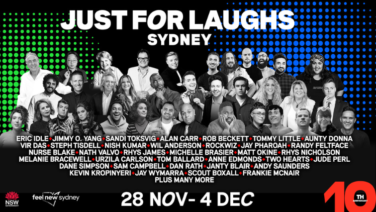 Giveaway: Win a double pass to Just for Laughs Sydney

Just for Laughs Sydney is celebrating its 10th anniversary with a huge line-up of both international and local comedians. We have some double passes to giveaway!