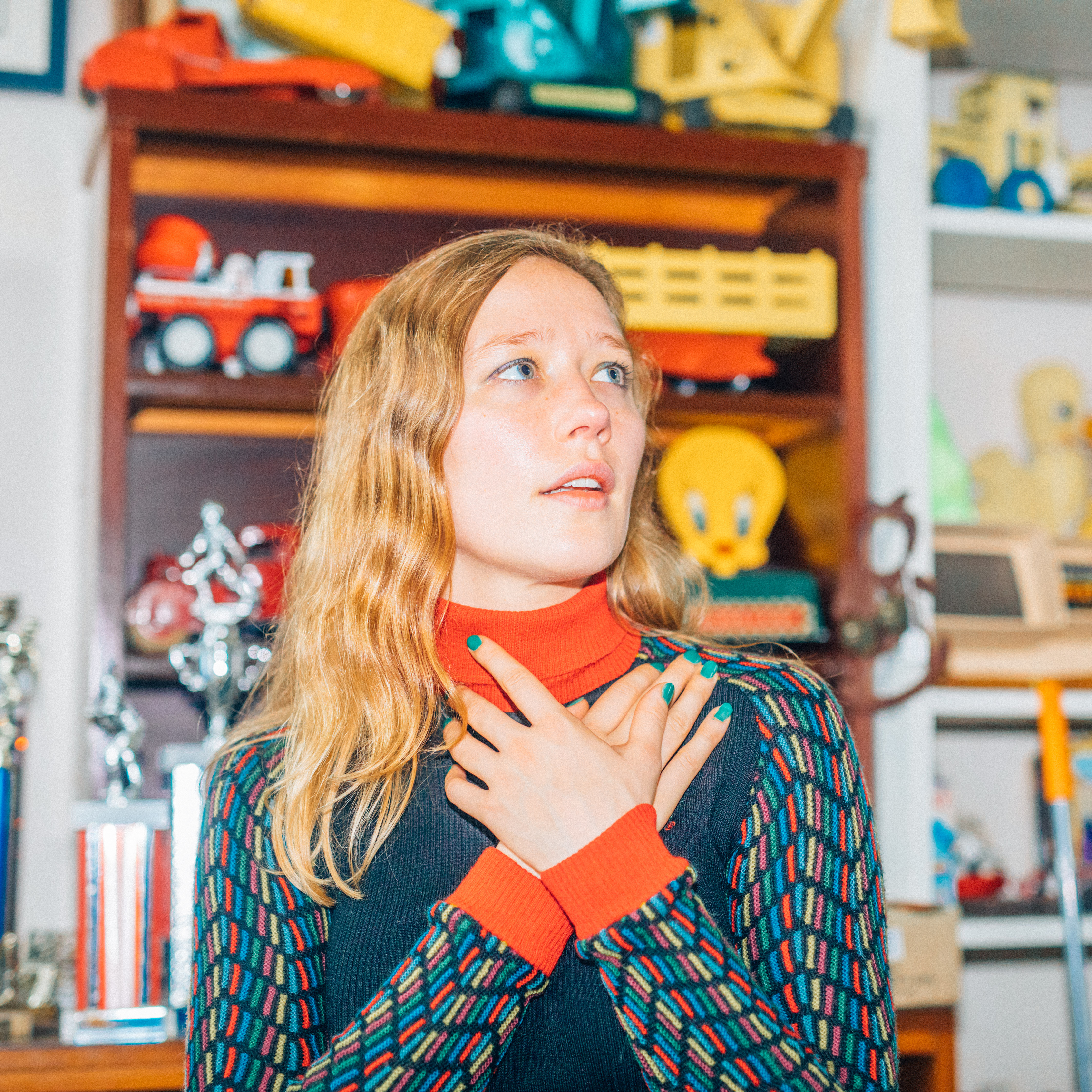 Before setting off on her huge European tour, Sydney singer songwriter Julia Jacklin came in for Arvos with Chris Twite to chat about her debut at SXSW, her single ‘Pool Party’ and what she has in store for her next international tour.

When asked how her first experience at Austin’s SXSW was, Julia said:

“It was really good. I went into it with really low expectations, so everything was good because of that, I think. Everyone just told me it was going to be really mental, and no one would be watching, and everyone would be louder than you and you’d just get lost in the other 2,000 bands. But we were pretty lucky. We got some good people to come to the shows.”

And it only looks to be up from there. Already slated for a round of international festivals in the second half of 2016 (including Electric Picnic with LCD Soundsystem, New Order & NAS), Jacklin has just announced she’s signed with Polyvinyl in the USA and Transgressive in the UK.

Because she’s surely not busy enough, Jacklin is also the lead singer for Sydney band Phantastic Ferniture. She explained to Twitey what it’s like to jump between the two different projects:

“It’s really good for me, it’s like a totally different experience performing. I don’t play guitar in Phantastic Ferniture, so I’ve got to do the whole frontwoman thing, and have to figure out what to do with my arms. It’s always a different crowd as well, so it’s a lot more of like “yeah come on, get dancing”, which isn’t really the vibe of my solo stuff, so it’s a good release.”

Julia Jacklin and her band then treated us to a swoon-worthy live performance of “Pool Party”. Check it out below.