“HEY. WANNA SEE A BUNCH OF GROWN-ASS MEN HAULING ASS AROUND LA SCOFFING DOWN CHEESE BURGERS AND SUCKING ON NOODLES?”

You can stop planning a high-speed getaway into infinity. It’s just Sydney’s prodigal golden boys Gang Of Youths, giving you a reason to STOP-EVERYTHING-YOU’RE-DOING-AND-TAKE-A-SEAT. 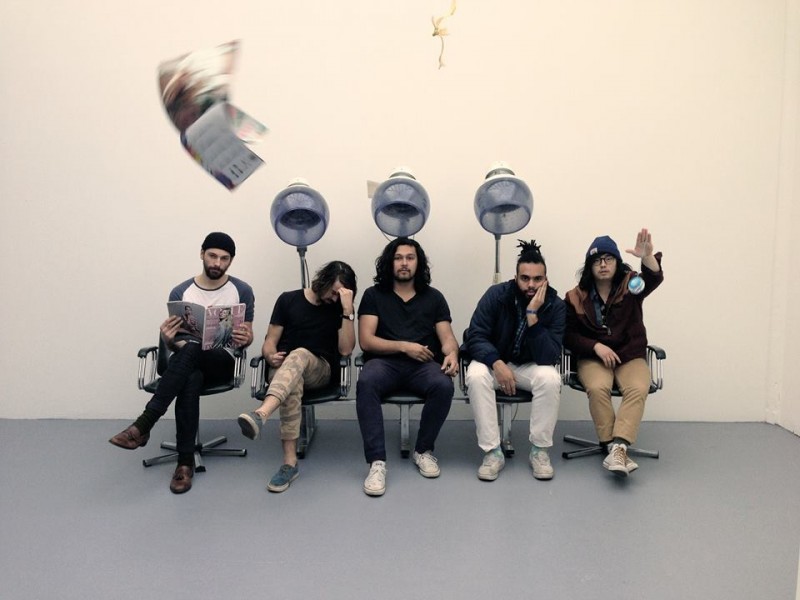 Since being touted the ‘Next Big Thing’ at our FBi SMAC awards, the Sony-signees have torn it up at music Mecca SXSW, toured with Vampire Weekend, Frightened Rabbit and The Jezabels, and played a string of sold-out headline shows.

With their debut album on the horizon, GOY have just released a clip for lead track “Poison Drum”, condensing the 6.5 minute sonic cavalcade into a promenade through American side-streets.

Initially, the video flows in the same monochromatic vein as the band’s last output, the slow-burning “Riverlands”, BUT THEN – BAM. LA’s vivid streetscapes are illuminated in flares of colour, seemingly spurred on by the incessant beat underscoring “Poison Drum”. Armed with their instruments, the GOY boys jam their way through the city’s palm-tree-lined streets as lead man Dave Le’aupepe’s growl weaves its way through the track’s gritty guitar licks.

Mixed by Peter Katis (The National, Jonsi), the new cut holds on to the air of lyrical mystery we’ve been given a taste of, the band turning their unbridled rhythmic disposition up a notch while hanging melodic competitors out to dry.

WHO :: Gang Of Youths