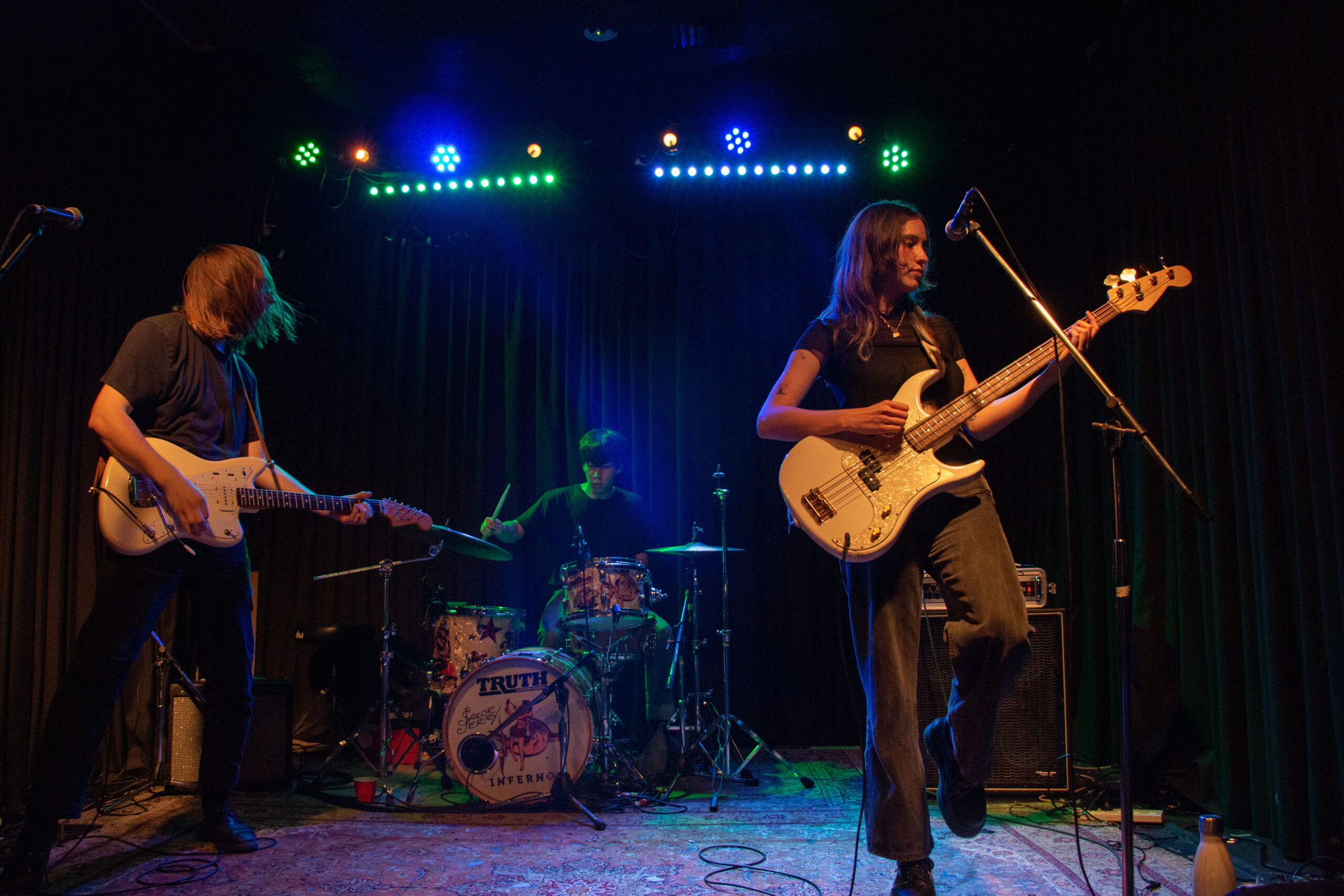 Sweater Curse have taken off around the country on their Push//Pull EP Tour. Having released the EP late in 2020 the Brisbane trio are finally getting the chance to bring their new tunes to the masses. We stopped in to get the 411 as a part of The Line Up, our new initiative with Inner West Council showcasing the best of local live music.

With live music back up and running Sweater Curse have gotten straight back to work. The band have played dates in Adelaide, Hobart, Melbourne, Sydney, Newcastle and Wollongong over the past month. We had a chat with Mon from the band and caught them playing live at their show in Sydney’s Inner West at Newtown’s renowned live music venue, The Vanguard. Their Sydney Show was supported by acoustic singer-songwriter Georgia Marley and Indie-Pop band Pinkish Blu, resulting in a night of eclectic and entertaining live music. Sweater Curse’s set shifted from a wall of sound on tracks like All The Same to a more crowd-centric sing-a-long on hit single Close with ease, leaving punters satisfied with what they had witnessed and heard. (There was even a sneaky cover of Coldplay’s Yellow thrown in for good measure). 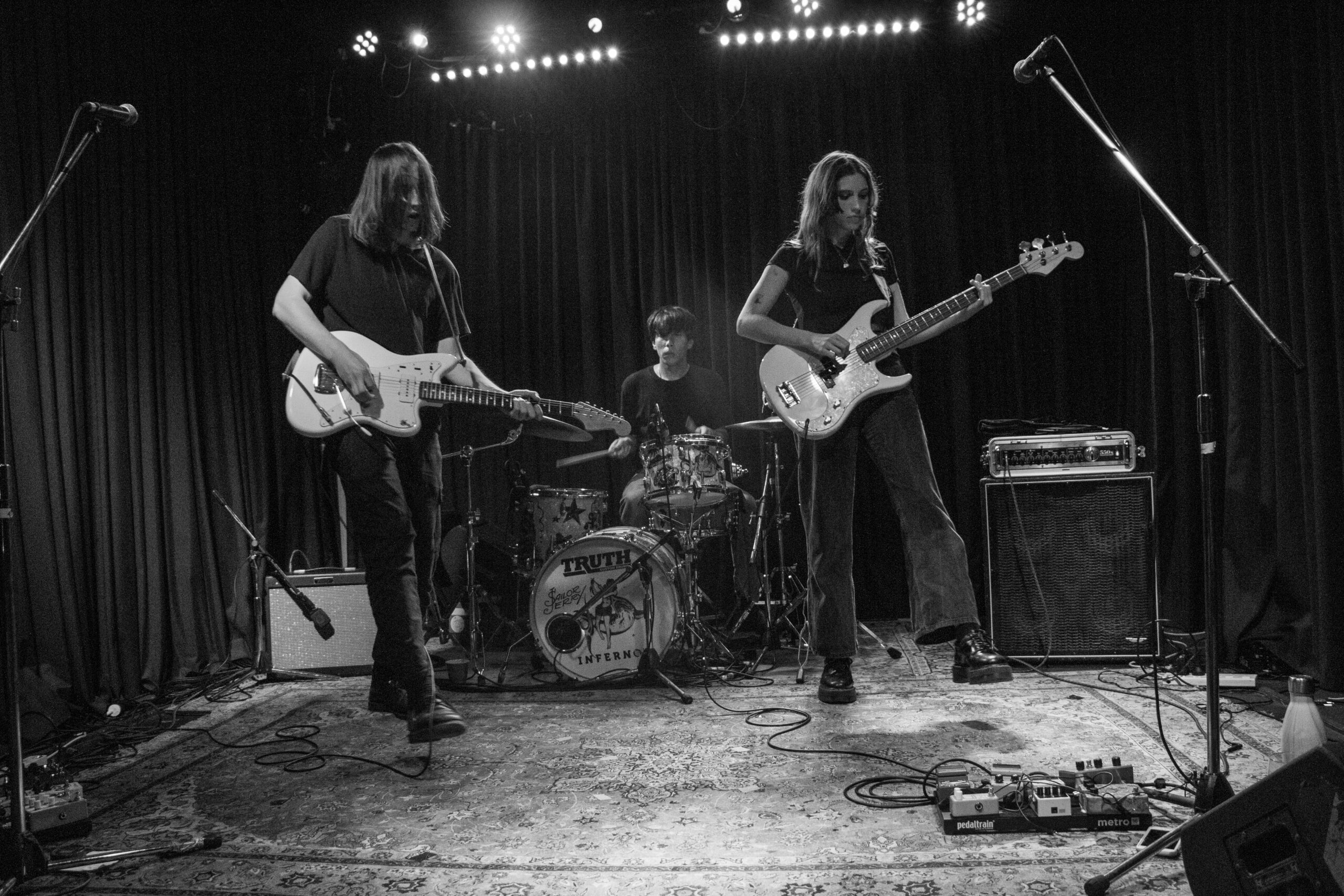 FBi: How does it feel to finally be able to head out on a tour and play live music again?

Mon: It feels great to be able to play to groups of people again! We haven’t been able to travel to other parts of the country for ages and have really missed playing to our friends in different cities. 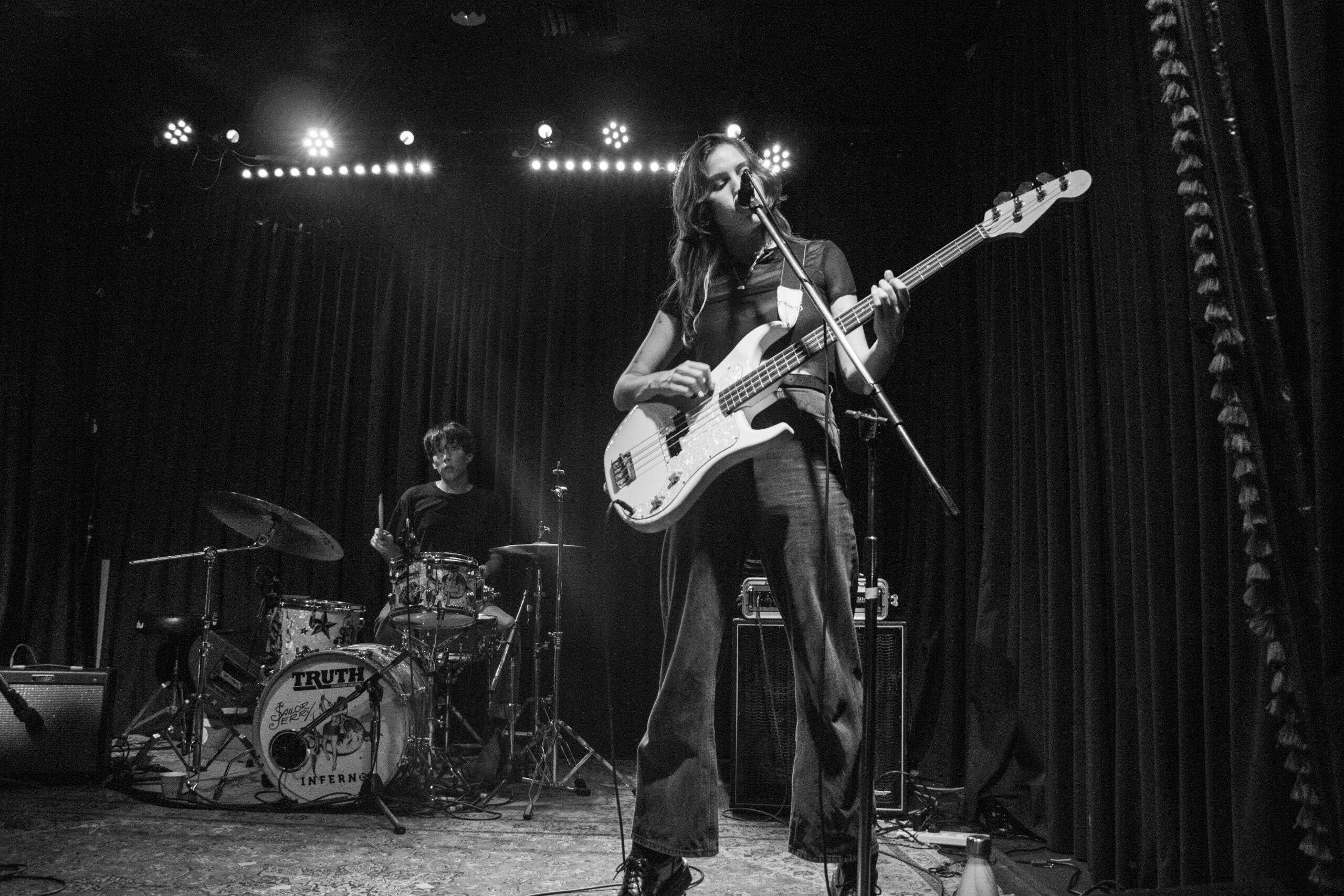 FBi: Push//Pull came out in September last year (and is really good by the way). Was it a lockdown project? What was the process of creating it like?

Mon: Thank you so much! It wasn’t entirely a lockdown process, as we had recorded it in December before everything was locked down, but the artwork and the release was definitely very different during lockdown! The Close video was definitely a lockdown work, which was a lot of fun to make and organise and release. The artwork was also a bit of a lockdown project for me, I made all of the artworks at home based on different views I saw on my one-hour exercise outings during lockdown. 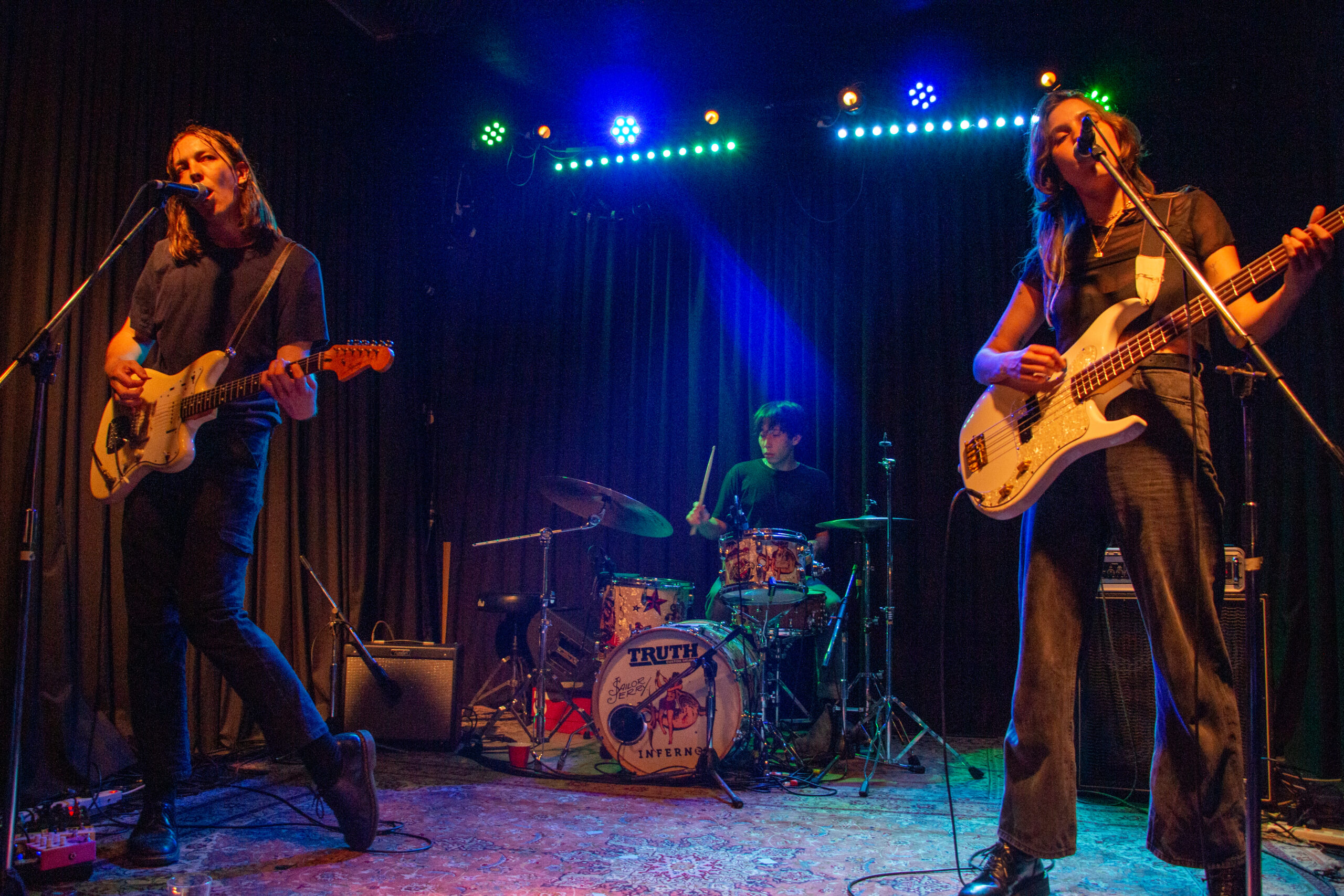 FBi: Do you have a favourite song, or a song that means the most to you off the project? What is it & Why?

Mon: I love all these songs, they all came together in a really special way. I think that Close is a favourite for me because the writing process of that song was really cathartic and special, but All The Same is another favourite because of how new and exciting it was to write and how fun it is to play live. 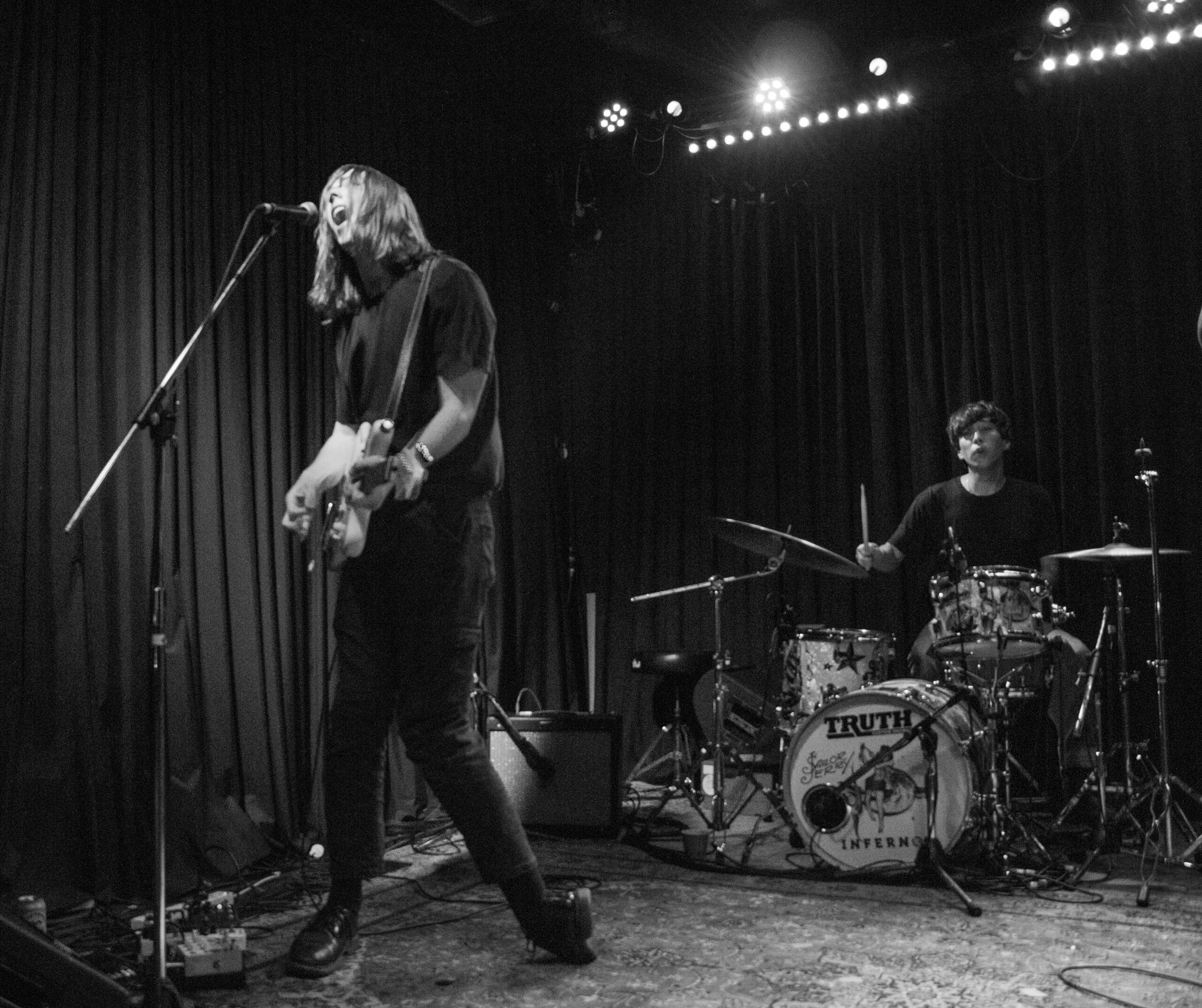 FBi: How has the tour been thus far? Is it weird to have crowds up and moving again?

Mon: So far we’ve only played in Adelaide, but it was interesting to be able to play a show with an exciting crowd that could dance. At first it was intimidating but after we started playing it’s always so fun to play to an audience that is having a good time! 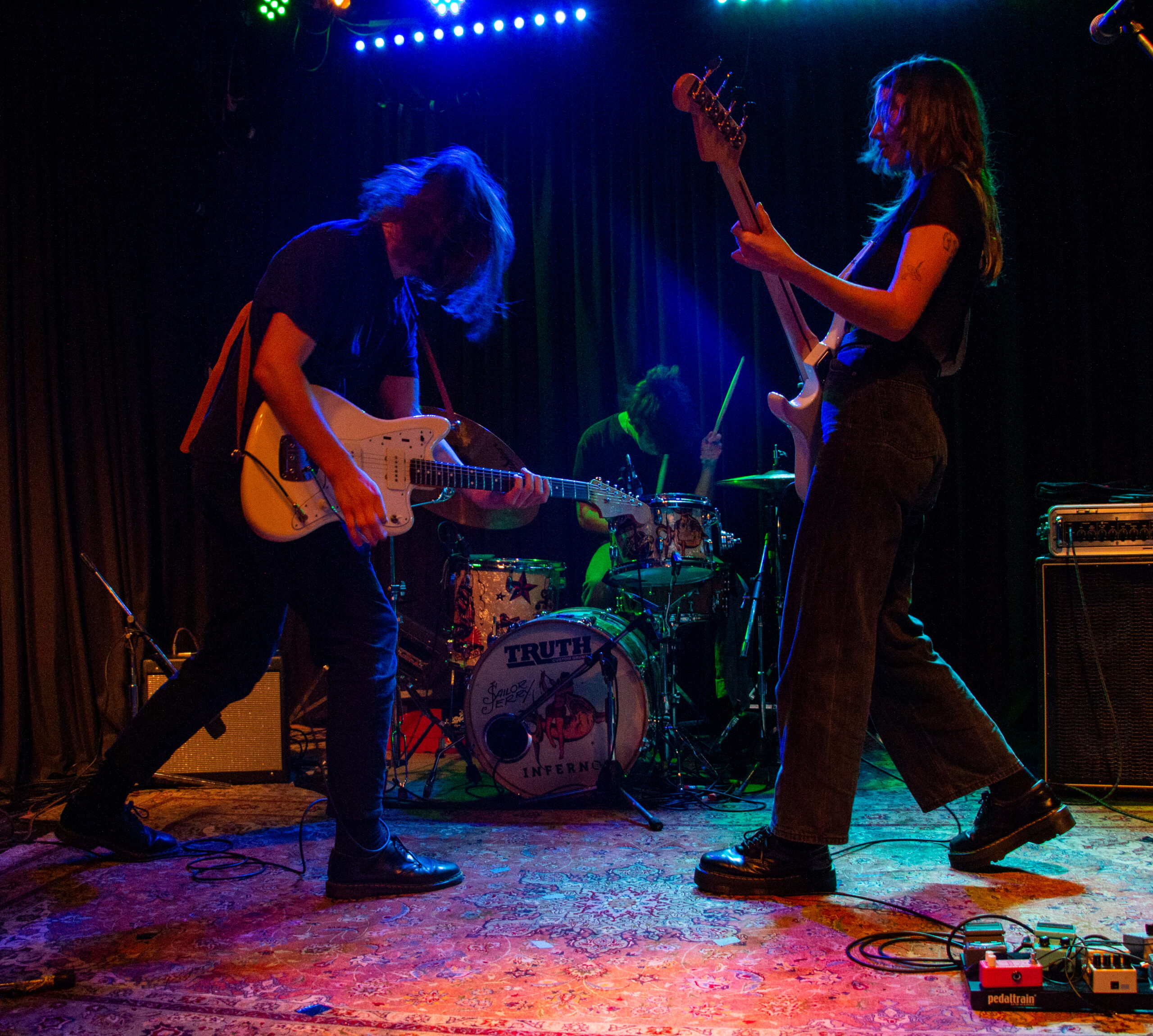 FBi: Are there any major differences from playing shows in your hometown compared to gigs in Sydney’s Inner West?

Mon: I feel like there’s always a difference between hometown shows and shows in other cities, but playing in Sydney is always so great! We have so many wonderful friends in the city and I can’t wait to see them at the show next weekend. 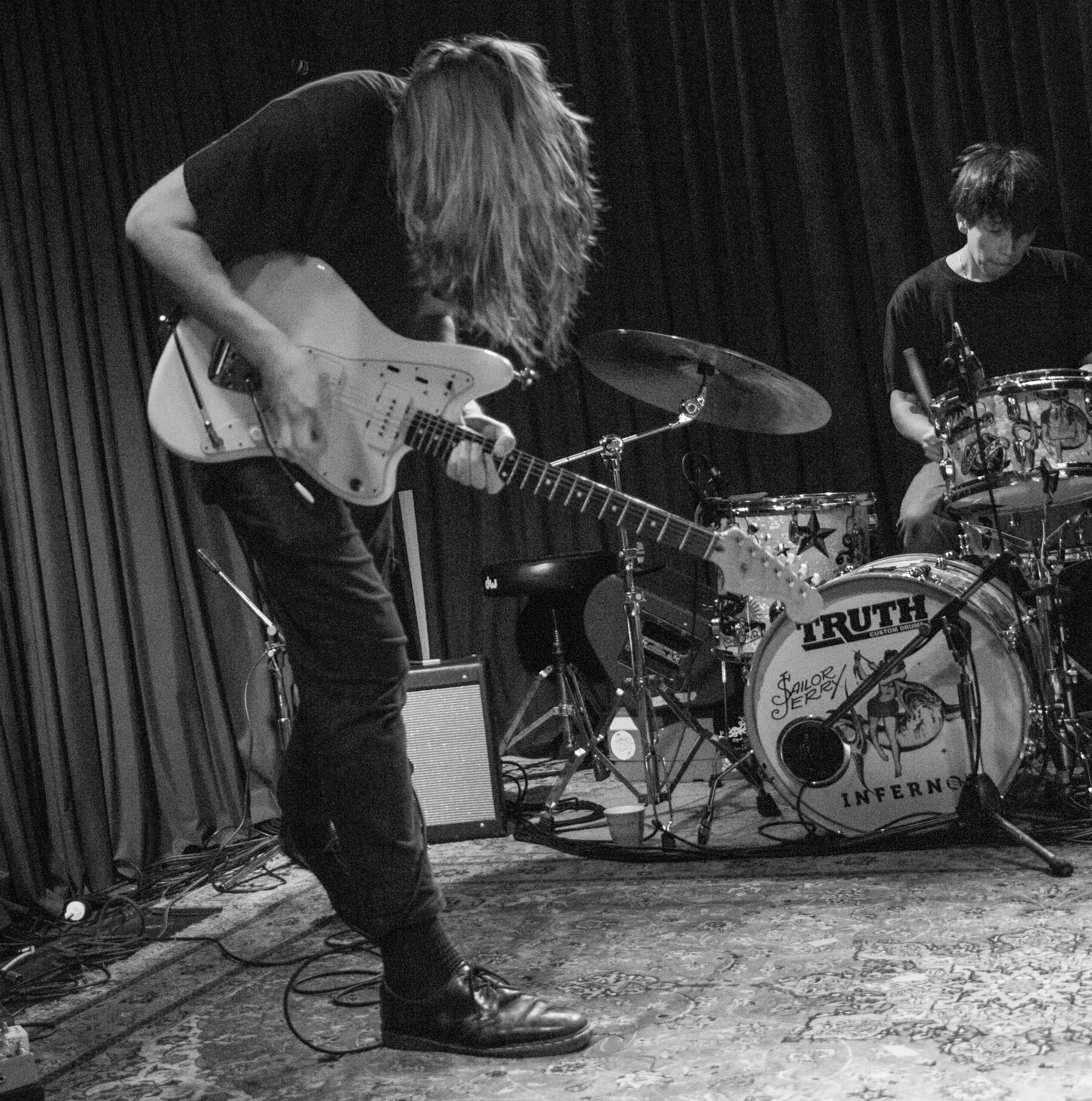 FBi: What is your favourite aspect of touring and playing live shows? E.g. The crowd, the travel, the catering, meeting other bands etc.

Mon: I love meeting and making friends with the other bands and the people who come to the show – there’s always lovely people in all parts of playing live and that’s always the best part! Also playing live with Chris and Rei always makes me feel happy and safe. 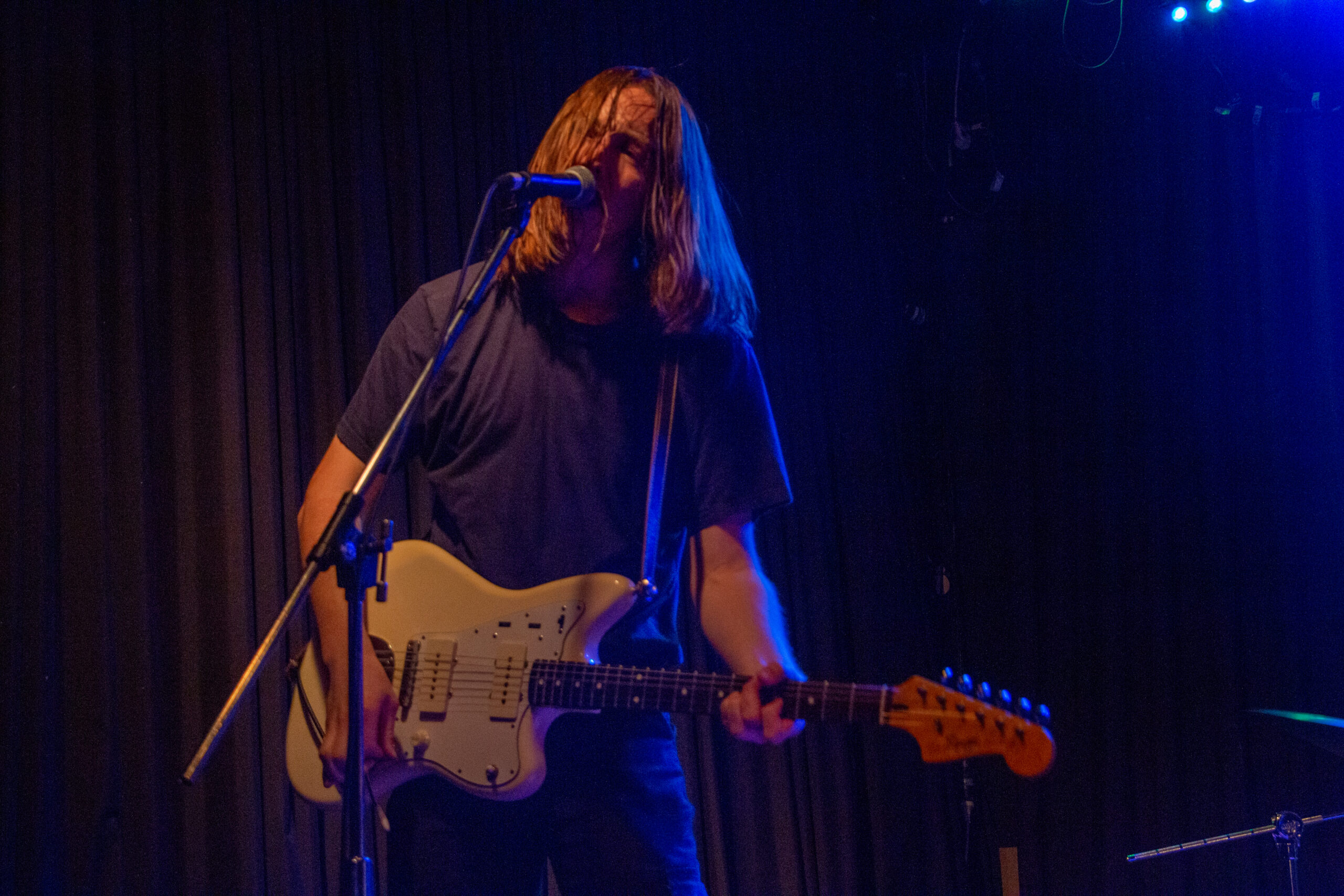 FBi: push//pull was produced by Sam Cromack of Ball Park Music and Alex Lahey co-wrote the single ‘Close’. What was it like working with two heavyweights of the Australian music scene on this project?

Mon: We were really lucky to work with Sam on this EP, he is an absolute gem and we have a great rapport with him! We were also super lucky to get to work with Alex Lahey on a writing session in Sydney. Both Sam and Alex are down-to-earth and excited about making music, which makes for great working environments. 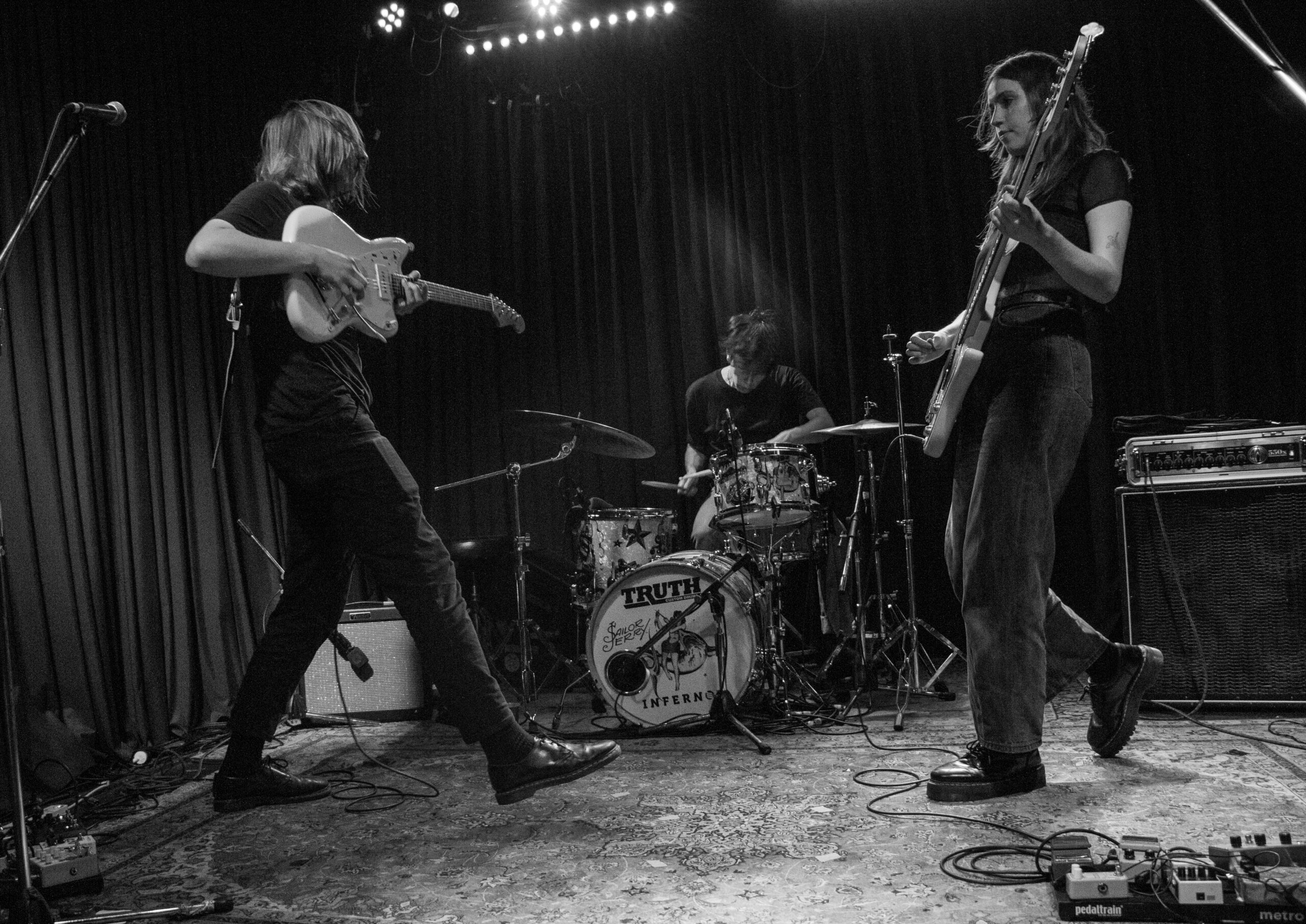 FBi: If you could describe your music in 3 words to someone who hadn’t heard it before, what would they be? 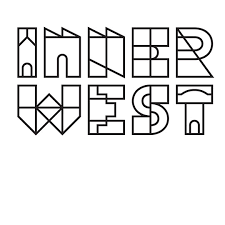 Latest in The Lineup