The Hanging :: An Imprecise Science 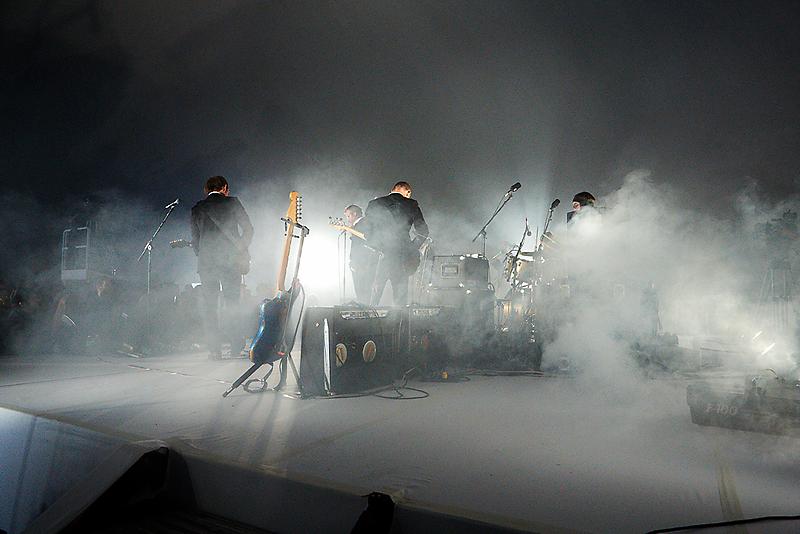 In the video, the band performs this one song non-stop for six hours, nine minutes and thirty-five seconds.

This is ‘Sorrow’ by The Nationals. It’s the soundtrack for An Imprecise Science, a new international group exhibition that marks the relaunch and redesign of Artspace, one of Sydney’s premier exhibition spaces.

‘Sorrow’ is the substance and focus of a collaborative video-work between The Nationals and Icelandic performance artist Ragnar Kjartansson. In the video, aptly named A Lot of Sorrow, the band performs this one song non-stop for six hours, nine minutes and thirty-five seconds. This marathon performance is a physical endurance test, and it shows: the one track is altered in subtle ways as the band are pushed to their limit, changing and shifting with each small triumph against exhaustion. Beautifully shot and absolutely enthralling, the struggle portrayed in A Lot of Sorrow makes it the most captivating work in a very rich exhibition. You won’t be alone in finding yourself sitting and watching, spellbound, as the band enters their third, fourth and fifth rendition of the song. 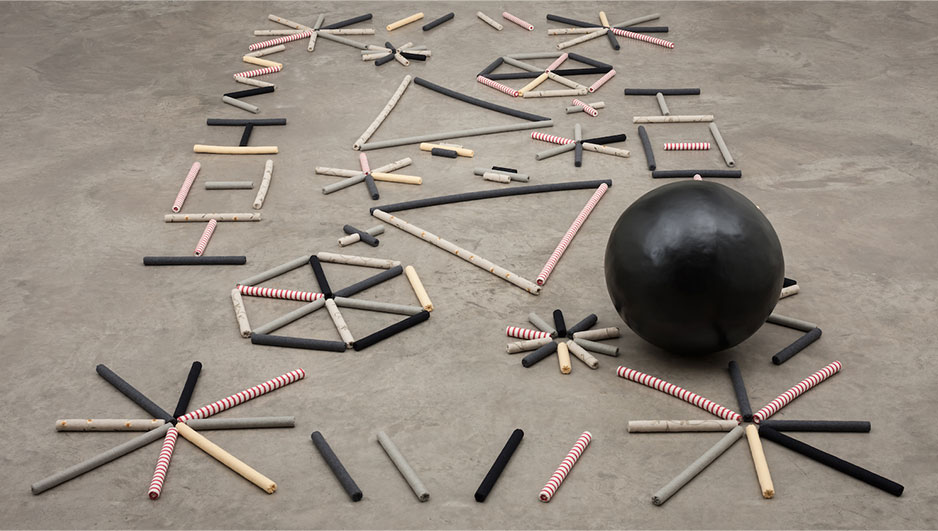 Connecting each work in An Imprecise Science is the overarching theme of how our behavior feeds back into our experience of life, with the result that the performer and the viewer are affected in different ways. The most physically confronting work is an installation by Natalya Hughes in the gallery elevator, where the usually sterile walls are padded with fat brown cushions. They bulge inwards, eliminating personal space, and lead to an uncomfortable ride because you feel like you’re intruding on everyone else’s space. It’s unavoidable: how else are you going to get anywhere? What, are you going to take the stairs?

While visually fantastic, the intent behind each of the works in An Imprecise Science is totally idiosyncratic. Perhaps this is because intent, deep down, is always just that: an intensely personal thing.

WHAT :: An Imprecise Science (curated by Alexie Glass-Kantor with Talia Linz)
WHERE :: Artspace, Woolloomooloo
WHEN :: Tues-Fri, 11am-5pm & Sat-Sun, 12-4pm until May 24
HOW MUCH :: Free – exhibition info here.

The Hanging :: Actions for Tomorrow by Yangjiang Group

The Hanging :: ‘I Told You I Needed You’ by Benjamin Chadbond