The Chats chat pub feeds and traveller pies on Mornings 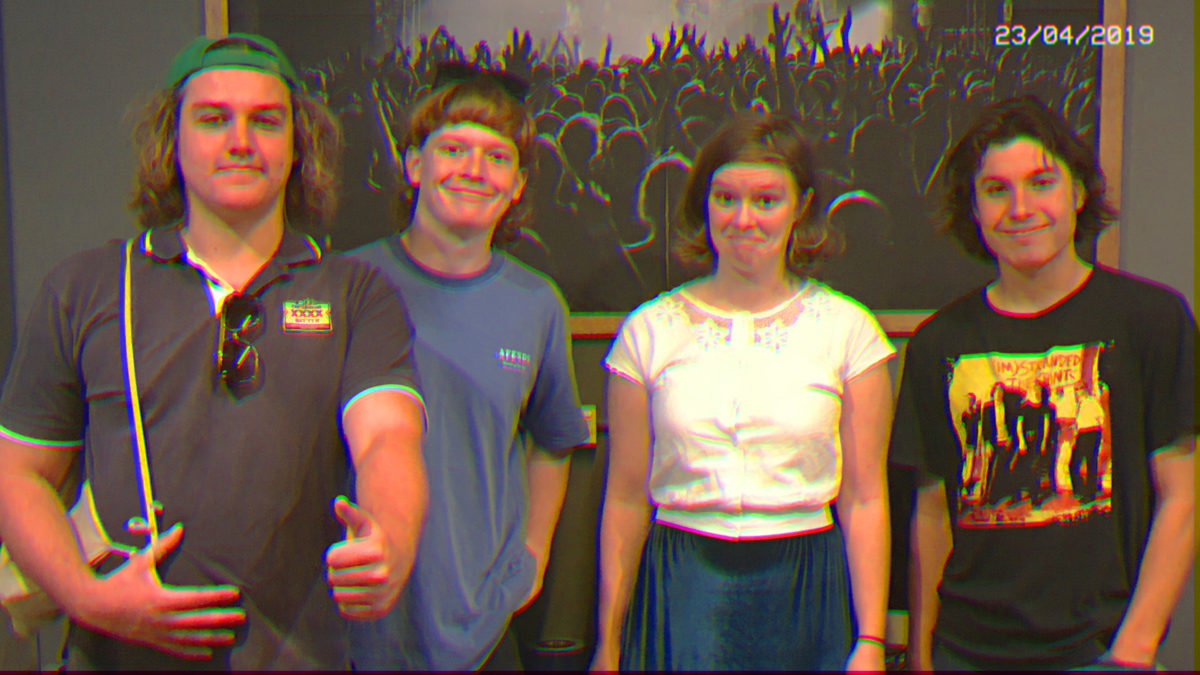 Queensland pub stool denizens The Chats dropped by this week, and Bridie caught up with the boys on Mornings to talk about their latest release and forthcoming tour.

The Chats first found a place in our hearts telling us to leave them alone on debut single ‘Smoko‘ – a lyrically masterful ode to working class boundary setting, accompanied by a viral video. This year, they cemented their spot in there with ‘Pub Feed’, which, like their debut, chronicles a facet of Australian culture in their signature tongue in cheek, shed-rock way.

Hailing from the Sunshine Coast, the three piece have been fixtures on the international touring circuit since their debut. With their punky brand of ’90s pub rock they’ve opened for the likes of Iggy Pop, and Queens on the Stone Age (who were originally shown the Smoko video by Dave Grohl), but chatting to Bridie, the boys flexed the most impressive celebrity encounter they’d had on tour:  Murray from The Wiggles.

“It was backstage. I think it was after our set, and he just wandered past us.  We were like,  ‘sup dude.’ Aemon’s like straight up, ‘let’s get a photo man’ … Yeah were were frothing. ‘I got a photo with you when I was like 5’… I remember seeing them actually in Noosa; when The Wiggles played. It was crazy”

In regards to touring, The Chats said that in spite of visiting lots of foreign cities, the time spent waiting for shows can be taxing. They have however found productive ways to pass the time.

“We punch darts. Drink. Try to forget how bored we are… maybe bully Matt a little bit… I might go for a skate for a while… maybe watch the cricket or something lazy. Maybe walk to the bottle-o and that’s my exercise.”

The Chats’ latest single Smoko was put out on their own label Bargain Bin Records. Bridie asked them about their choice to pass up signing with an established record label.

“We just thought it’d be really cool and really fun… we just like didn’t really want to do the whole label thing… It’d be cool to put out some of our mates’ bands on our label.”

Catch the rest of The Chats’ interview with Bridie up top as they take her through their favourite pub feeds, servo snacks and other cultural delights, and the story behind the B-side of their latest release.

Tune in to Mornings with Bridie Tanner every Monday and Tuesday morning from 9am.