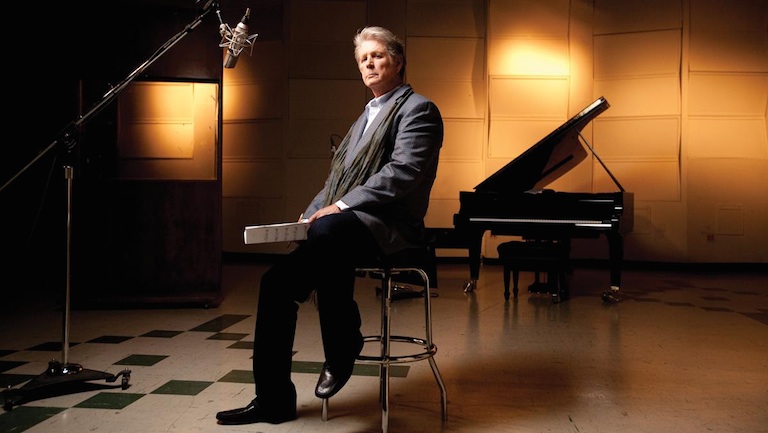 Brian Wilson, Beach Boys co-founder and resident musical genius, is soon to arrive in Australia once again. This time it’s for Bluesfest and festival sideshows, including two nights at the Sydney Opera House. At all appearances he will be celebrating 50 years since the Beach Boys’ massively influential Pet Sounds album was release and performing it for what he says are the final times.

Tune Up presenter (and therefore cover version obsessive) Stuart Coupe has selected ten great interpretations of Beach Boys/Brian Wilson songs by contemporary artists in prep for these shows. Some are easy to find online, some you’ll have to do your own digging for…

‘CAROLINE NO’ – Rush and Gambell

Sydney’s Art Rush along with Andrew G created the best Australian covers album of 2015. A highlight was this reworking of a Pet Sounds classic.

Another Australian cover of the signature instrumental, beautifully done.

‘GOD ONLY KNOWS’ – The Flaming Lips

The FL’s do amazing covers and this is no exception. I wish they’d do a whole album of Beach Boys songs. Also superbly covered by Daniel Johnston.

It sounds like… Sonic Youth playing The Beach Boys. You have a problem here?

‘IN MY ROOM’ – the Langley Schools Project

A school choir singing one of Brian Wilson’s most lost and poignant songs. The notion a bunch of kids singing the song is kinda perfect.

‘I JUST WASN’T MADE FOR THESE TIMES’ – Gaz Coombes

‘YOU STILL BELIEVE IN ME’ – Vic Chesnutt

The late and very great songwriter and singer cuts to the mesmerisingly childlike simplicity of this song. Find it on Mojo’s Pet Sounds Revisited.

‘WOULDN’T IT BE NICE’ – the Oldham Brothers

Will Oldham along with Ned and Paul capture the purity, longing and pathos of this great song. With just a little added weirdness. Also done well be Saint Etienne.

New York wunderkind and his cohorts cleverly weird this one out – Lewis sings the songs whilst the other recite biographical information about Brian Wilson. It’s New York and arty. It shouldn’t work but it does.

She initially sings it fairly straight before infusing it with a sense of stomping soul. Added bonus is a gal’s voice singing a song made famous by a bloke. That almost always works.