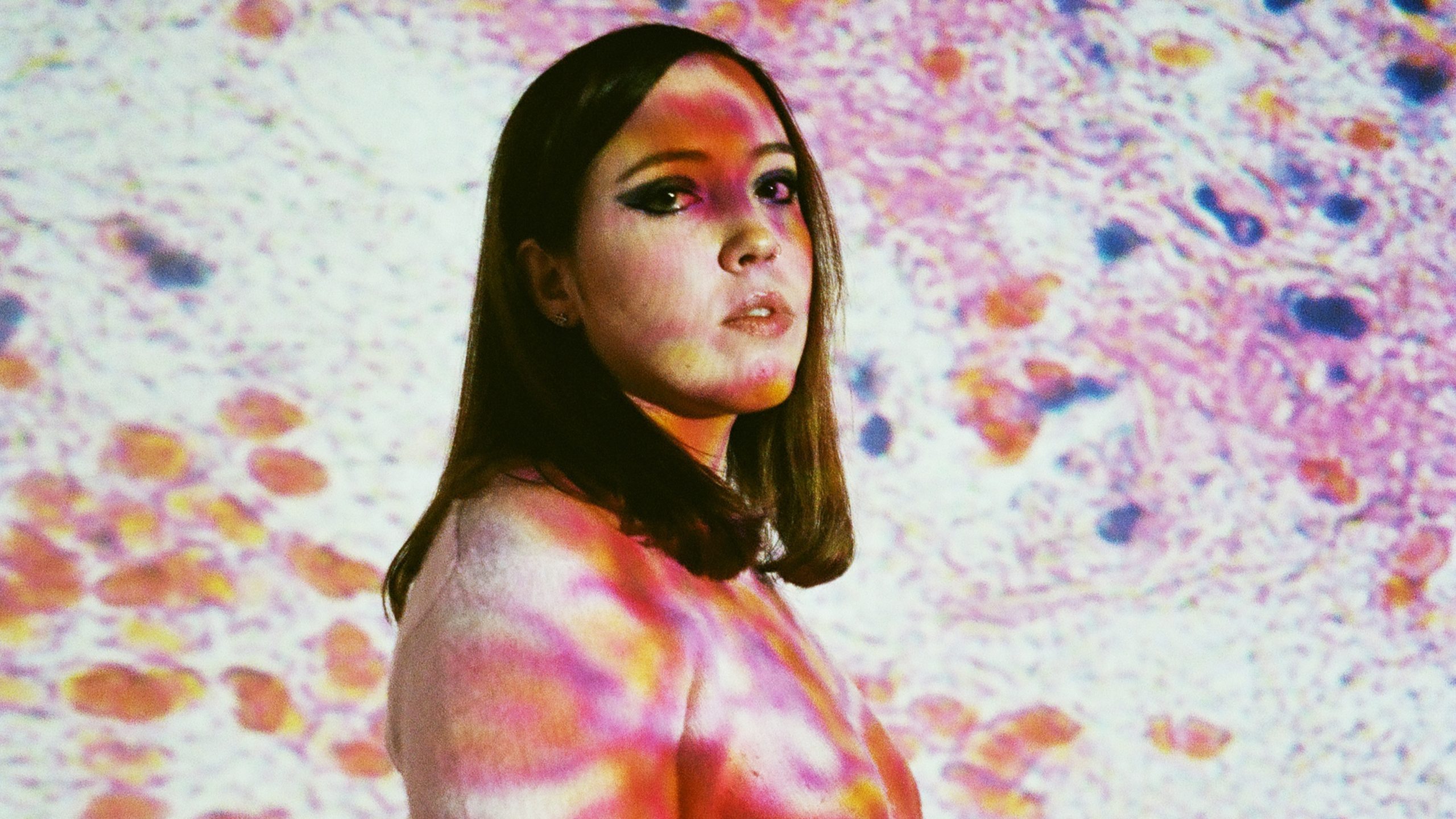 Scraggly 90s indie rock, chord-based guitar riffs, streamlined melodies and lyrics steeped in honesty – these are the sounds that spring to mind when you consider the latest offering from Soccer Mommy, right? Think again. On her third studio album Sometimes, Forever, Nashville’s Sophie Regina Allison has reworked the contours of the Soccer Mommy project.

Sophie’s hands, with the help of producer and composer Daniel Lopatin (aka Oneohtrix Point Never) have squeezed, pinched, smoothed (and whatever else it is you do with clay) Sometimes, Forever to adorn the album with an eeriness new to Soccer Mommy. The record is dunked in an abstract glaze, dark and only slightly opaque, that once fired reveals familiar Soccer Mommy sonic elements while also highlighting her new musical direction.

Ok, enough clay talk. Sophie joined Maia Bilyk on Mornings this morning to talk through Sometimes, Forever and her side step from bedroom indie-pop. The operative phrase is ‘side step’ – the record isn’t a total departure from the sounds we’ve grown to love.

“It’s not abandoning the bedroom thing. I still write them in my bedroom, now I’m just doing some weirder stuff in the studio.”

“I’ve been making music all my life and I think it just excites me. Writing excites me, you know. The best feeling is after writing an album… you’re working on the photos and you do all this stuff… you can take a breath for a minute and at that point it’s been a while since you wrote the album and you start on something new and when you start getting excited about a new direction”

Oneohtrix Point Never – known for his own tense, eerie work at the intersection of pop, classical, and experimental electronics feels like an odd pairing for Soccer Mommy. But it’s the exact grittiness that Sophie wanted on her third record.

“I’m such a big fan of his music and and his production, and partially because he’s such, an amazing arranger and composer, he can make these  really beautiful ambient scenes and then have something being kind of harsh and ugly and I just love that kind of mix of things. Of beauty and ugly.”

“I really wanted this record to be something that could kind of have the songs at the core and it felt like a band actually playing the songs and not like some studio version of the song where it’s a little bit more chopped up and perfected. I want it to feel like a band. And then I wanted to have this beautiful and ugly shit plastered all over it, so I was just kind of like he’d be perfect.”

According to Sophie, the Soccer Mommy project will continue to change shape with each record. Clay balls reworked with new hands and fresh perspectives each time.

“I think the one thing that people can expect of me is that I am never just gonna try to make the same album again. I think that when it comes to these records after I finish one, I like to take, you know, a couple months and be rid of those ideas a little bit and find something new that’s leading me”

Sometimes, Forever dropped last Friday – hot off the press and ready for your ears below. Sophie’s interview with Maia can be found up top.