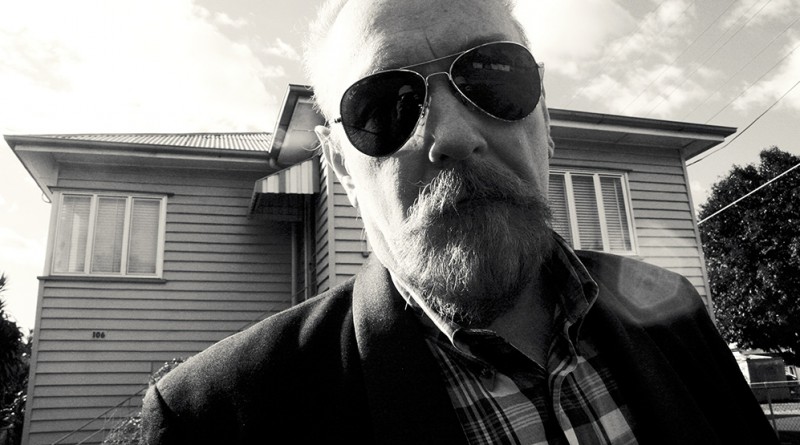 Ed Kuepper, a legend of Australian experimental rock, was welcomed back to the stage by a devoted Sydney Festival audience on Saturday night.

Despite his own description of the concert hall as a ‘formal setting’, Kuepper’s dry and relaxed humour charmed his audience, creating an intimate window into his incredible body of work. On the concert hall stage he is a far cry from his humble beginnings, but this concert was testament to his success.

The stage was full of instruments: piano, flugelhorn, bass guitar, percussion, a string quartet and Ed in the centre with three guitars and a glass of whisky. Filling the large space above the stage was a beautiful video mosaic of art by his wife, abstract and colourful and changing with the mood and structure of his songs. His obedient team of supporting musicians (plus a man to tune his guitars) watched his every move.

A concert like this needs some historical context, and Kuepper has an undoubtedly impressive foothold in the lore of Australian post-punk and rock. Born in Bremen, Kuepper’s family moved to Australia when he was a child, later forming The Saints, the boisterous Brisbane legends, with his friends Ivor Hay, Jeffrey Wegener and Chris Bailey.

It was Kuepper’s drive for more erudite music that led him to leave the Saints in the late 70s and form the Laughing Clowns, an experimental avant-jazz rock group. After being in and out of both bands he launched a solo career in the mid 1980s that would seem him collaborate with Australian art-rock luminaries Peter Oxley, Warren Ellis as well as recent stint with Nick Cave and the Bad Seeds.

The concert was a retrospective without being a request show. He pleased the sell-out crowd not by taking the (several and loud) requests from the audience, but by selfishly and carefully selecting works that meant a great deal to him.

He was engaged, eyes shut, hunching his frame over his guitar, sometimes embracing the microphone, ready to unleash his baritone and tell his audience a story.

In ninety minutes, Kuepper skilfully traversed across music from each chapter of his career. Each song was rejuvenated through extended orchestrations and experimentation: the flugelhorn was full-bodied but simple, rising above the texture in the Laughing Clowns’ song ‘Collapse Board’. The blissful string arrangements provided by the Sydney Chamber Orchestra were the highlight of the evening, adding colour and gently improvised ramblings to the closing song, ‘Eternally Yours’.

Ed Kuepper’s wisdom is evident and naturally his relationship with the songs he wrote decades ago has matured and shifted. He isn’t satisfied with rattling off old tunes to a parochial audience in a suburban pub. His music continues to expand, injected with new facts, new sub-plots, and sometimes shifting the narrative entirely.

He knows that it’s a risk, and admitted the gig was ‘a bit of a gamble’. It paid off, and at 59 years of age it’s clear he’s still got a lot more to tell us.