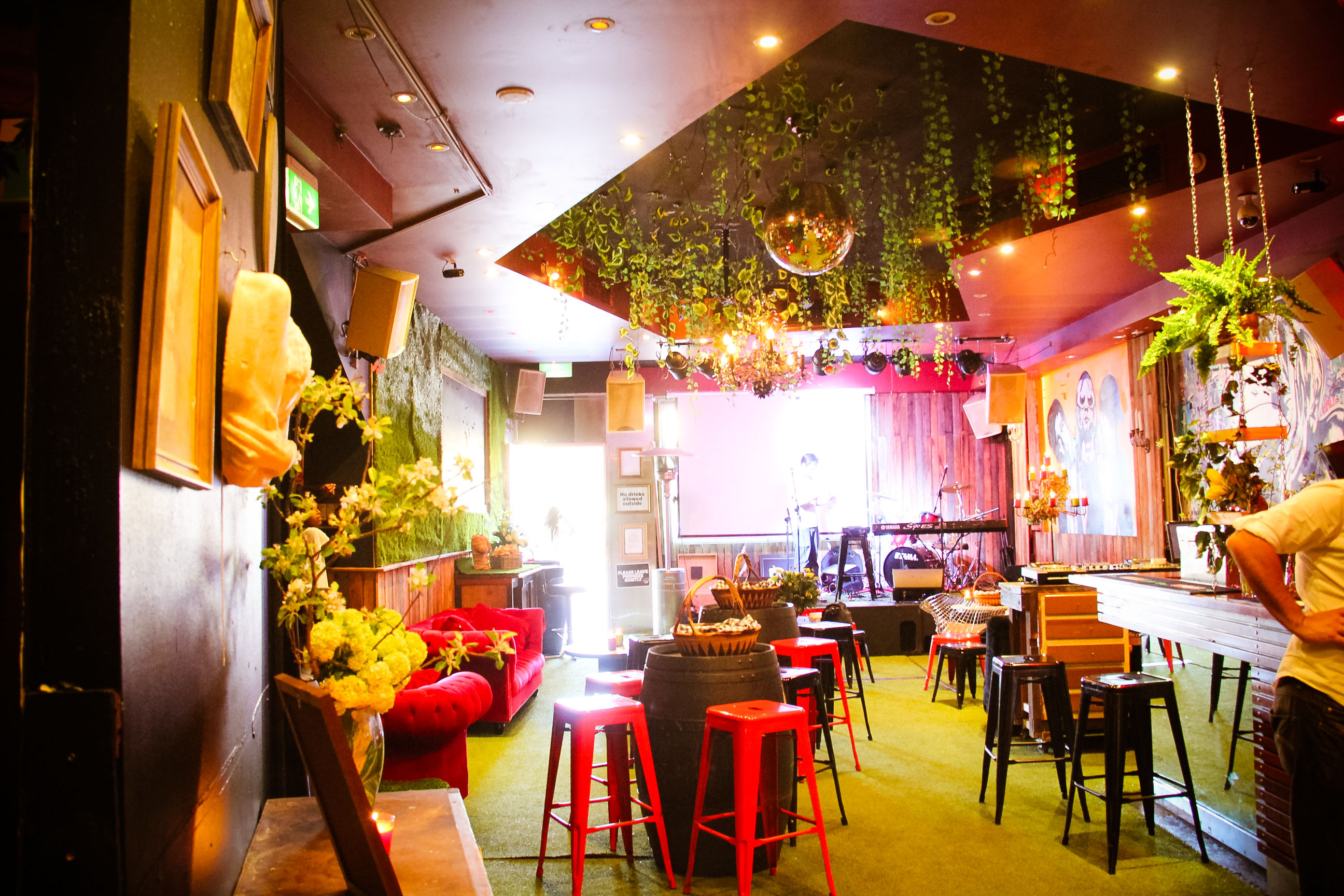 The year is 2013. You’re still mourning the loss of the latest live venue. Miley Cyrus is number one. And your neighbour’s cat has started violin lessons.

Fear not, your sonic haven has re-opened its holy gates. Name This Bar is back with a slick charisma and an amplified vendetta to restore Sydney’s live music and arts scene. Since hosting the Rolling Stone Magazine Live Lodge Pop Up Bar in August, our favourite small bar has been refitted with a spankin’ new sound system and stage.

Prepare to mingle on fresh plastic fantastic grass as you make up impressive-sounding words to gush over the new artworks; trophies from Art Battles past. Sway to the sexy synergy of live funk and jazz outfits, and promise yourself to refrain from singing along to soul-infused covers of treasured classics and chart-crushers. 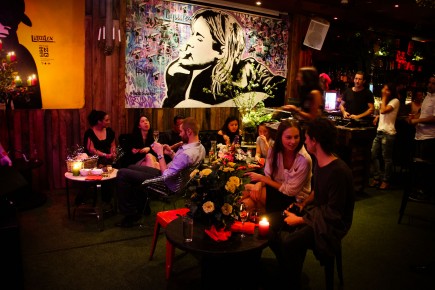 Mina ::  Where did the idea for Name This Bar originate?

Simon :: It started as a bit of a mistake, really. I knew I wanted to do a bar where people could get involved; where I could have musicians involved, artists involved, and everyone part of the project. We were trying to find a name that would suit that, and then Name This Bar came as an idea for a two week campaign to find a name for it. We said it was going to be organically grown – it was gonna find a name and a prescence and a soul. And then we found out that no one really wanted us to name it, so we left it.

What attracted people before was all the quirky furnishing. Why did you decide on a scrubbed-up revamp?

It started to get a little too messy, and sort of lost what it was all about. So we’re trying to focus on a different direction. We still want to keep the kookiness but where we’ve gone now is we’re trying to get better acoustic sound in there, still sort of different and changing – that’s why we’ve got the Spring theme. If we can use this as a place to showcase up-and-coming-bands, and the bands know that they can get on stage and they know they’ve got a great sounding room; that’s something that we can offer back.

What kind of bands do you attract? Is there a specific sound that defines the bar?

We don’t have a particular sound. We want music that can be personal, and we’ve gotta keep in mind that we’re not running a concert. But when we were doing the Rolling Stone Bar, we had The Delta Riggs play here, who were quite heavy, and then we had Thelma Plum playing another night. And then Pez and Seth on hip hop night… Sunday Nights are the biggest jam session because it’s all the theatre crew. Last Sunday, we had Ricky Martin’s dancers from the football in here, we had the Blue Man Group, The Tapdogs, a bunch of people from Australia’s Got Talent and the Home And Away crew. It”s really not about one particular style, it’s just about knowing that you are playing to a small intimate crowd.

Dranks. What do you recommend?

What have we got to pen into our diaries?

We’ve got a lot of bands coming up. Sunday Nights, the jam session stays on. Wednesday night, we’re doing a bit of karaoke: “jam for jugs”. Sing three songs and then you get a jug. Thursday nights are Hiphop On The Hill, Friday nights we do Retro; rock’n’roll, live music, DJs, and Saturday nights we have Spring Beats, a more house-y type vibe. 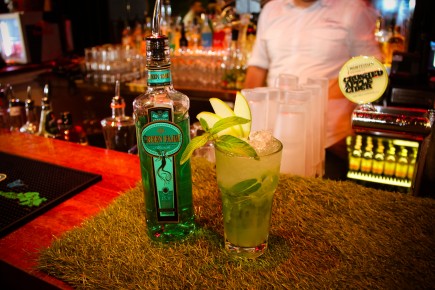