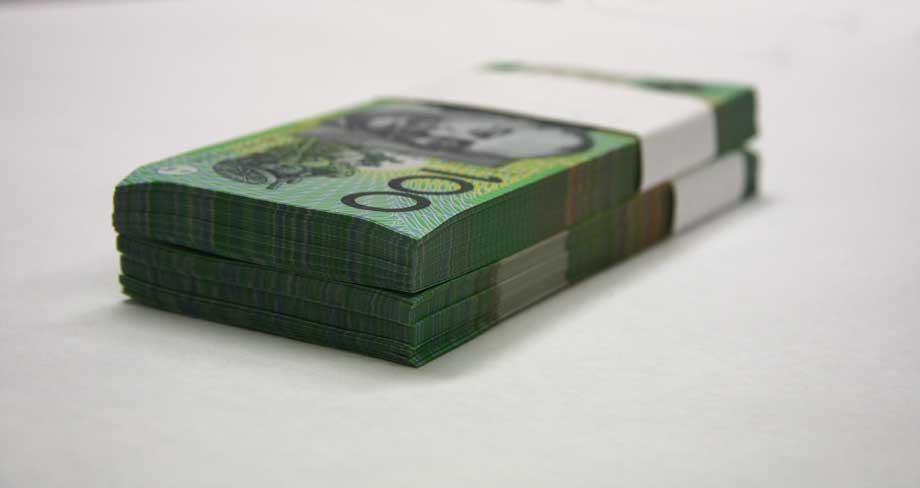 The image of the artist living penniless, starving so that they might afford paint and canvas, pervades our collective consciousness. We all marvel at the work of Vincent Van Gogh, who died having sold only a single painting; now immortalised by Don McLean, NoFx and Doctor Who.

This popular conception of suffering for one’s art has fed its own legitimacy. Young creators of limited means have a vested interest in understanding their struggle as transformative. This then plays out in our love of independent, alternative and unsigned artists and our hatred of their dark mirror, the ‘sellout’.

But what then of art made conspicuously with finance in mind?

‘The Financial Report’, running from the 21st of August until the 29th of September brings together works exploring “the complexity of contemporary financial systems and how these systems impact upon artists and their work.” It presents painting, sculpture and multi-media works, alongside scrupulously documented responses to the pieces in the exhibition.

Curator Mark Feary conceived the exhibition before the vaunted ‘Global Financial Crisis’ and has allowed it to develop into both an exploration and a response to the ignorance of financial systems that fueled the crash.

Artworks in ‘The Financial Report’ deliberately play havoc with our traditional understanding of finance and monetary systems.

If your work is created out of molten dollar coins, as Andrew Liversidge has done in ‘For the Avoidance of Doubt’, does it then become less valuable with inflation? Or perhaps, having entered the world of art, the value of the piece falls prey to the vagaries of the art marketplace…

In creating the pieces he affectionately calls “puddles”, Liversidge has deliberately complicated our relationship with our currency. A dollar coin was always only a representation of value, albeit a constant one. Now, having undergone Liversidge’s smelting process it becomes an object d’art whose value must be determined by the observer.

Similarly, Denis Beaubois complicates our relationship with the notes in our pocket, simply by sticking them on a plinth. ‘Currency’ was created using a $20,000 grant from the Australia Council for the Arts and consists of said $20,000 stacked in two piles of new $100 notes.

‘Currency’ met with general opprobrium on its release and even describing it to art savvy friends after the exhibition I was met with dubiously raised eyebrows. Questions like ‘Is it really art?’ leap out where something defies conventional conception (Pollock, I’m looking at your ‘Blue Poles’). As if making the cost of creation so explicit made the materials of art vulgar in people’s eyes. Discussing ‘Currency’ on the night I visited, Beaubois described his piece as a “comment on our value system in society”.

Likewise The K Foundation’s ‘Watch the K Foundation Burn a Million Quid’ seeks to comment on the value of art, music and finance, but really only left me wondering how the KLF earned a million quid to begin with…

In documenting the processes of creation, destruction and the subsequent public response as part of the exhibition, Feary has provided fertile ground for discussion of the relationship between the worlds of finance and art.

WHAT :: ‘The Financial Report’