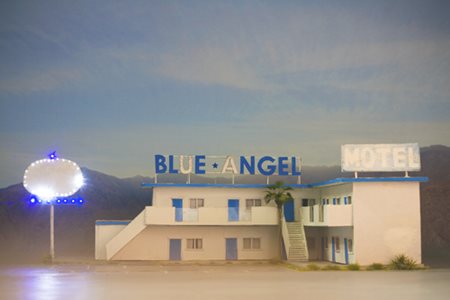 Nostalgia and lost memory. Blue neon lights and cheap motels. Palm trees and pastels. These elements make up the immersive world of Gold Coast artist Anna Carey, showing as part of the Melbourne Art Fair (MAF).  Interested? You should be.

Carey recently held a solo exhibition in Rozelle titled Blue Angel, recreating the sun-bleached structures of California and the imitative displaced buildings of the Gold Coast in miniature architectural sculptures, enhancing their sense of  space through the dimensions of photography and video.

The works continued Carey’s past explorations of nostalgia for her childhood spent in the Gold Coast, and the blending of fact and imagination in the human memory to recollect time and place.

Altogether Blue Angel created a beautifully surreal atmosphere that would make anyone nostalgic, reminiscent of the dreamy films of Jarmusch and Wenders of 1970’s beat-down America.

This time, the context has been extended to an international level. Even if you can’t make it down to Melbourne, this is an artist to keep an eye on (perhaps with the aid of a magnifying glass).

To find out a bit more about her work , contribution to MAF, and experiences being a young artist in Australia, I had a wee chat to the lady herself.

Ruby (The Flog) :: You began to explore model making and photography whilst you were at art school -when did you decide you wanted to apply this aesthetic to exploring the architectural spaces of the Gold Coast and the fragmentation of memory?

Anna Carey :: I started creating small models of houses that had been demolished for an installation, which essentially created a type of ghost town. I then started to experiment with photographing the models in attempt to creative an illusive space. The process of combining model making and photography expressed the illusionary spatial experiences of the Gold Coast such as transition, displacement and deception. I first started to create the places based on real spaces but the real places started to change so I then returned to my memories as this was a more permanent reference point.

As a consequence have you found that your art-making process has brought back memories you had forgotten?

Yes, as you begin the memory retrieve process your memory changes and evolves which is interesting as it reveals the nature of memory. For instance if I am trying to remember something from the past and I have a memory blank there are various memories and imaginations that come to mind and somehow influence the memory. Memory is not always the reality, instead the way you want to remember it. Memory and imagination work together. 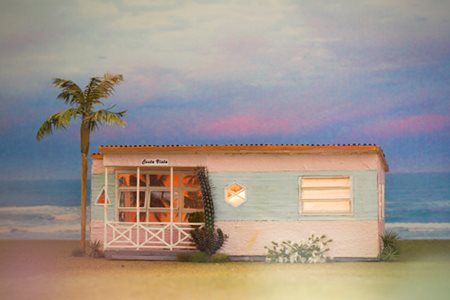 Your works detour from only documenting Australian architectural spaces of the Gold Coast to also explore Los Angeles and Las Vegas. What made you decide to do this?

At first I was drawn to Los Angeles and Las Vegas as they are similar cities to the Gold Coast. I wanted to show this as a way to put the Gold Coast on a global scale as a city worth observing. Originally I traveled to the cities to explore the relationship they have with each other being similar or different. I did discover the similarities and differences however something else occurred to me that was far more interesting and that was the connection I had to the cities through my already existing experiences. For example when I was in Los Angeles and saw a familiar space, past memories would arise in my mind. These could be either from Hollywood films or from similar architectural styles of the Gold Coast. The work is based on this experience, the models become a mash of multiple memories from all three cities.

There is a very specific mood and focus to all your works. They are transcendental, reminiscent, familiar yet dreamlike – Do you find that you sometimes want to transition out of this mood and tune into exploring something else? Or are you constantly discovering new ideas within this realm?

At the moment I am interested in cities that are based on dreams and imaginations therefore I create works based in an imaginative realm. I am not sure how the work will evolve; I do not have a set plan. I usually work intuitively and create work based on a feeling. So far I have been fascinated with these ideas and have found new ways to explore them. In every body of work I discover something new, which then leads into a new body of work. For instance the works for the Blue Angel exhibition were based from memories of Los Angeles, Las Vegas and the Gold Coast. These memories may have been feelings based on Hollywood film and trash television. The work was photographed with a backdrop similar to a film set, which creates a deceptive space. Where as earlier works were based on memories, which creates a more dream-like quality.

How do you find being a working artist in Australia? How would you compare to the art cultures of other creative cities?

I never envisioned being an artist, it just happened. I enrolled in a Bachelor of Visual Media which covered visual arts such as design, photography and fine art, I just wanted to do something creative. I started to really enjoy the fine art electives and at my graduate exhibition the work was really well received so I continued making work and it just so happens that it all occurred on the Gold Coast Australia. I have only ever been in cities overseas for a short amount of time. I stayed in Los Angeles for three months but I was mainly researching so I can’t compare it through a personal lived experience. Of course artists can and should be able to make art anywhere, I don’t think that you need a big city to make work. With my short experience in big cities think they are great in the fact that you are surrounded by many people doing the same thing, so it’s motivating to be a part of it. Also in big cities such that I have been to, art is everywhere and people regard it with such high value, it’s just part of life like eating or sleeping. The difference between big cities and small cities is that I think sometimes artwork can be undervalued and under-appreciated depending on the place, which can make it hard for artists. However, the Internet is great for reaching international audiences, so you can still be connected to other places and the exchange of ideas.

Carey will be showcasing selected works from Blue Angel and participating in the ‘Meet the Artist Night’ tonight, with tickets available here.

All you New South Welshmen and women can keep up with her work at her personal blogspot. 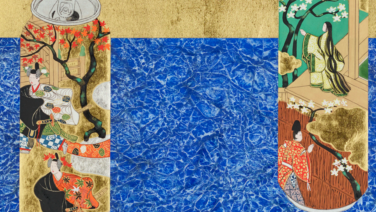 The Naarm-based producer is cutting her teeth as a true multi-disciplinarian. 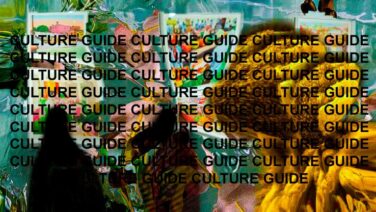 Arts & culture activities you can enjoy IRL (wooo!) + some online picks too.