Podcast :: Or It Didn’t Happen 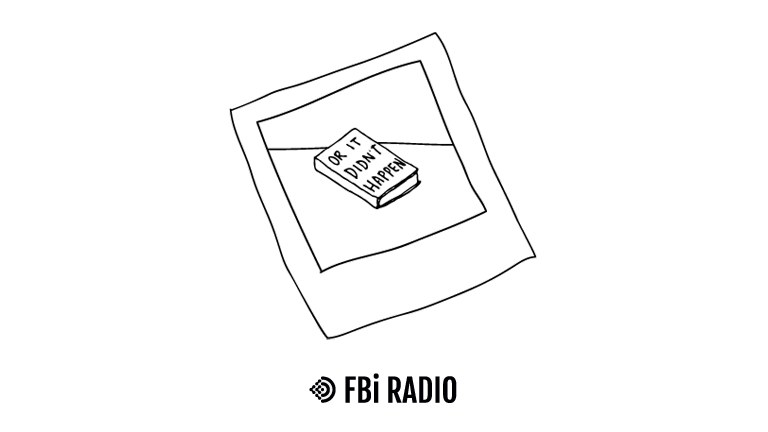 FICTION, IN SYDNEY AND BEYOND

In season 2 we’re bringing you stories about family, ghosts, lovers, and lots of bodies. Subscribe at the links below to have it delivered straight to your podcast app.

Or check back here each Friday until July 12th.

Subscribe with the links above (just click), search inside your favourite podcast app for “Or It Didn’t Happen”, or give your app this here web address: http://945fm.myradio.click/public/api/feed/163

Want to get in touch? Email zacha@fbiradio.com — we’ll pick up your message there.

Or It Didn’t Happen season 2 features short stories from local authors reading in the FBi studio, or at live at venues like Newcastle’s Cuplet, Newtown’s Parliament on King, or Sydney comics reading night Read to Me. 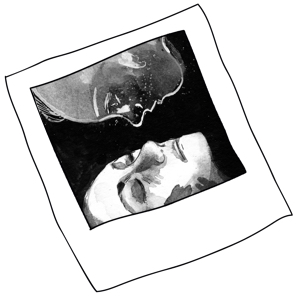 Pip Smith’s latest book is Half Wild. Find more of her work at pipsmith.net Red Crab came out of the sidelines of writing a book about the more serious side of things on Christmas Island.

It was read at Cuplet, a regular poetry night in Newcastle. Their next event is on July 11th. Follow them on Facebook for more details.

The radio version ran slightly ahead of the drawn version, but the full comic has since been compiled into Waking Dreams. Details are here.

Ghost Girlfriend was recorded by Bec Fary, who makes the excellent Sleeptalker.

Thanks also to Jordan Fennell.

Sophia Melika is a storyboard artist, illustrator, animator, and a formidable weeder out of the weak. Find more of her work at sophiamelika.com and on Instagram.

Fishboy was originally read at Read to Me, a comics reading night in Sydney. The next Read to Me is on July 2nd. Details on Facebook.

Victoria Manifold is a Sydney-based author of many things, and you can follow her work via Instagram. Spine was originally published in her zine collection of short stories Tired Bodies.

In the Cold, Cold Night — The White Stripes

12 PARTIES WITHOUT YOU — Zacha Rosen; read by Pat Grant

12 Parties Without You was read by Pat Grant, a writer and cartoonist. His latest book is The Grot, in collaboration with Fionn McCabe, which you can browse, read online, or buy here.

Music in this story was by David Goldschmidt. It was written by Zacha Rosen.

12 Parties was originally recorded by Jess O’Callahan, and read by Bethany Atkinson Quinton for All the Best. Her reading is also unbelievably good. You can listen to it here. Thanks also to Heidi Pett.

Caramel Sauce Mel is a Sydney-based artist with no small hand in one of the local spoken word scenes. Find more via Instagram or, often, at Word in Hand events. 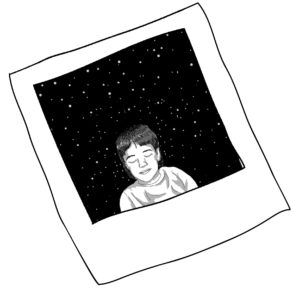 Nancy Li is a Sydney animator who you can find on Instagram. Sutherland was originally published in UTS’ Vertigo.

Sutherland was originally read live at comics reading night Read to Me, whose next event is July 2nd.

Find out more about the memorial park IRL.

Mi Familia and Other Pigs was originally published in Mascara Literary Review. You can read it there.

The story was highly commended in the Wollongong Writers Festival Short Story Prize 2017. The 2019 competition opens really soon in August. You’ll be able to enter here.

Georgia can be found on Twitter. Shareeka is also known as akka from FBi’s Dance Class and you can listen to akka on Soundcloud. She’ll also be reading some of her own work at the free, upcoming, and recommended Sahra Salon at Parramatta Artist Studios, on July 25th.

Thanks to Mascara editor Michelle Cahill for originally linking us up with this story.

Songs from Mi Familia and Other Pigs:

Victoria Manifold is a Sydney-based author of many things, and you can follow her work via Instagram. Ghost Emoji was originally published in her zine collection of short stories Tired Bodies.

Zacha Rosen is a Sydney writer and radio maker, who swears he didn’t do it.

You can read original comic of Comfortable on Samuel’s website. This week’s episode artwork was part of that comic. It beautiful, and recommended.

There are also a lot of his other comics there, and on Instagram.

Comfortable was also first read at Read to Me in Sydney.

Episode 3: All the Bodies 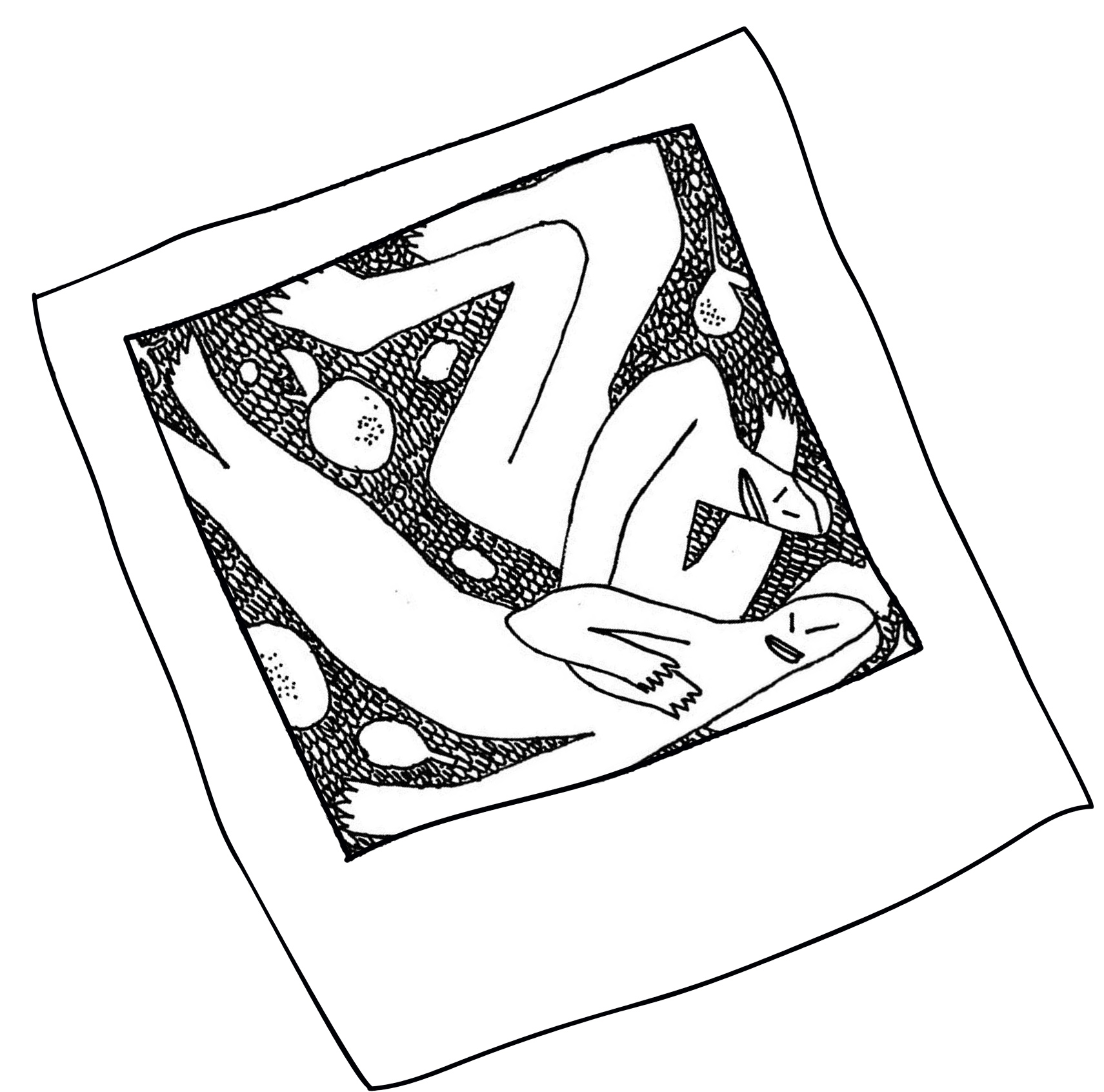 Bailey Sharp is a cartoonist, and co-art editor of the Lifted Brow. Find more of her work on Instagram. You can buy That Big Report in its original comic form — or her other work — at her store.

That Big Report was originally read at Read to Me, a comics reading night in Sydney. Find it on Facebook. The next Sydney event is in September.

Lỗ was originally published in Seizure, and you can read it there. Thanks also to Felicity Castagna.

Koriko Village Them (Ocarina of Time)

Portrait of a High to Moderate Functioning Alcoholic won the Queerstories prize in the OutStanding LGBTIAQ+ Short Story Competition for 2017. You can hear Courtney reading the story herself on their podcast. And you can read the original story here.

Thanks also to Teresa Savage.

Access free and confidential advice about alcohol and other drugs by calling the National Alcohol and Other Drug hotline. Call 1800 250 015

Music from Portrait of a High to Moderate Functioning Alcoholic:

Mira Schlosberg is a writer and comic artist. They are the editor of Voiceworks magazine, comics editor for Scum Mag, and were a Wheeler Centre Hotdesk Fellow for 2017.

Apocalypse Story was written during that fellowship, and was highly commended in the 2017 OutStanding LGBTIQA+ Short Story Prize. You can read the story in its print form there.

This version of the story was recorded by Izzy Roberts-Orr. Izzy is a writer, editor and radio producer. Find more of her incredible work here. 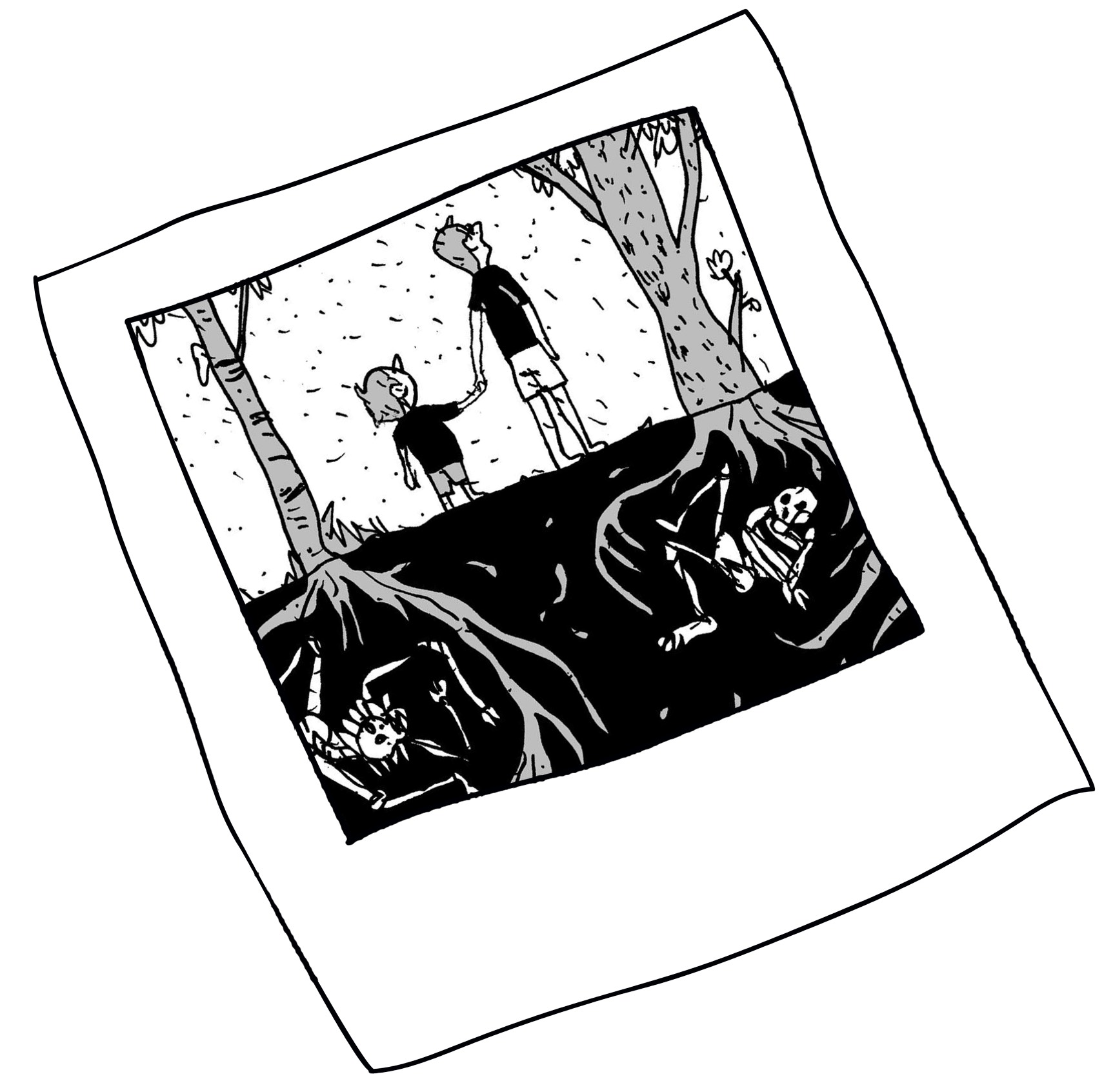 Midautumn Mooncakes is from Eileen’s poetry collection Uncommon Feast. It was performed at the event Uncommon Feast at Ashfield Town Hall, organised by Eileen Chong and Sheila Pham. Find more of Eileen’s work at her website.

Yarie Bangura is a storyteller and entrepreneur. She also sells Aunty’s Ginger Tonic, which you can find on Facebook.

This story was performed at Parliament on King, a cafe and social enterprise on Sydney’s south King Street. Visit them in real life, or online.

You can read the original Dog comic here, or buy it as a zine.

More of Meg’s work is on Tumblr and Instagram.

Mama Linh’s Family Business was originally an interview of Peter Wu by Matt Huynh, which became a comic by Matt Hunyh.

For this version, Peter Wu came back to read it for us.

Faith Chaza is a musician, producer, and writer. They originally read this story at the Sydney Writers Festival in 2018, for the Finishing School Collective.

You can find out more about Faith, and the collective, at their website.

Fionn McCabe is an artist, cartoonist and printmaker. You can find more of his work on Instagram or on his website, where you can also buy his things.

He’s just finished the final episode of The Grot, with fellow Or It Didn’t Happen reader Pat Grant. You can find, read or buy that comic here.

Funeral Trees was originally read at Read to Me, a comics reading night in Sydney. Find them on Facebook. Their next event will be in September.

This season of Or It Didn’t Happen is all about Sydney’s live fiction scene. Sydney has a range of live nights for non-fiction narratives, a bunch of huge poetry scenes, and a small — but vibrant — scene in live fiction nights.

This season, we’re bringing you three of them.

Studio Stories is a live story night in Parramatta, run by writer Felicity Castagna. It focuses on stories by western Sydney writers, including authors from Sweatshop, West Words and the Finishing School. In this episode, we’re going to be hearing from Studio Stories authors Tamar Chnorhokian, Chad Jared Modernel and Ben Muir.

Studio Stories is run every couple of months at Parramatta Artists Studios. Follow them on Facebook to keep up with their events in 2018.

Little Fictions is kind of the stage presence of publishing house Spineless Wonders, run by Bronwyn Mehan, where the imprint’s authors have their stories read by actors on the stage of inner Sydney’s Knox St Bar. In this episode, we’ll hear the work of Shady Cosgrove, Jon Steiner, Ruth Wyer and Kate Walter acted out by Eleni Shumacher, Jon Steiner and Kate Fraser.

Episode 3: Read to Me

At Read to Me comics authors put their comics on screen — page by page, or panel by panel — and read them out live on the stage of Knox Street bar. It’s run by Gabe Clark and Fionn McCabe. In this episode, we’ll be hearing from Mary Van Reyk and Pat Grant.

You can read along at Pat’s site with his comic Vanish Coast. It’s worth the trip. Follow Read to Me on Facebook to stay in the loop for their 2018 shows.

———
Or It Didn’t Happen is produced by Zacha Rosen. Annie Hamilton did our wonderful show art and Bart Denaro gave our show it’s name. Thanks in season 1 to Bryce Halliday and Marcelo Baez.
———
Song from Studio Stories:

Song from Read to Me: