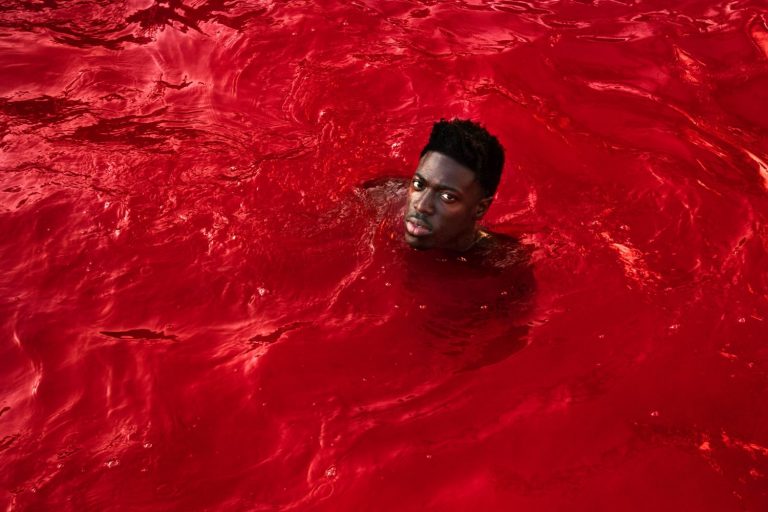 Ethereal, electric and expansive, Moses Sumney is an artist not to be ignored.

After taking the rest of the world by storm at various festivals and showcases, he makes his Australian debut this weekend as part of Sydney Festival. In the lead up, Moses had a chat with FBi’s Samantha Groth, talking identity, vulnerability and the power of being ’emo’.

His latest EP, Lamentations, is the first longer release from Sumney in a while and shows that being thrust into the spotlight has not stopped his experimentation. Explaining what the body of work meant to him, Sumney said he “needed a few tracks to express to people how the music has been growing and changing, and needed to show a dynamic body of work” with the release.

Not constrained by genre, acoustics or musical methods, Lamentations also couldn’t be constrained by format – with powerful visual accompaniments released alongside the music. Sumney worked closely with directors Allie Avital (‘Worth It’) and Sam Cannon (‘Lonely World’) on the EP’s videos.

“For the first video [‘Worth It’], it was me and the director Allie Avital pretty much brainstorming the concept from the ground up. She came to the table with a lot of brilliant, brilliant ideas and then helped developed some of my ideas.”

“One thing that both me and the director felt strongly about was that it would be more interesting if the gender of the person wasn’t obvious, and then you get to the end and it’s a little more obvious that it’s a woman – that we saw at least. I felt like it was an interesting way to portray strength… The woman who danced in the video possesses a bodily strength that is usually associated with maleness or masculinity, and the musculature of her back was so amazing that I felt it would be interesting to kind of play with people’s minds a little bit. But a lot of it just happened naturally as well.

The oldest song on the EP, ‘Worth It’ is also a deeply personal track playing with the reality of love and the internal and interpersonal divides we have. On the vocal modifications contained in the song, Sumney says: “I wasn’t necessarily trying to separate myself from it but I thought it created an interesting divide. The emotional anger that the lyrics and the melody carry contrasted with this kind of robotic voice, which was really fascinating to me. Or maybe there was something robotic about telling someone you are not in love with them, or that you can’t be in love with them, and so I was kind of interested in investigating that.

“But in general, over the course of my work, I’m most interested in vocal manipulation… Most of those ways in which I manipulate my voice occur naturally, but I was definitely interested in using a device to modify the voice in that song.”

This interplay between different expressions and the raw content of the lyrics in Sumney’s work create an expression that is uniquely exposed.

“Do I see vulnerability as a power? Definitely, I think it’s the most arresting power that we have as human beings. And I think it’s also such a surprising way to show power, because tenderness, I think, can be used as a political device just much as aggressiveness.”

The setting of his upcoming Sydney Festival show in St Stephen’s Church provides the perfect space for that tenderness. Of his set, Sumney says:

“My music is really quiet – it has moments where it’s louder, but the majority of it is really emotional, really sensitive and really quiet. I don’t want to play in a venue where there’s a bar in the back room where people are laughing and their glasses are clinking… so when I can, I’ll play a venue that reflects how sacred music is to me, and a church seems to be the perfect place. The acoustics are great and people are terrified of speaking, so it works out.”

You can also catch him at Sydney Festival’s Magic Mirrors Spiegeltent. Both shows will feature the solo artist traversing his vocal range, loop pedals and guitar, as well as the audience’s emotions.

“People should just come ready to cry… As emo as possible.”

Both shows on January 14 and 15 have sold out – but we’ve still got a few cheeky tickets up our sleeve for some legendary FBi supporters. Find out details and how you can win tickets here. 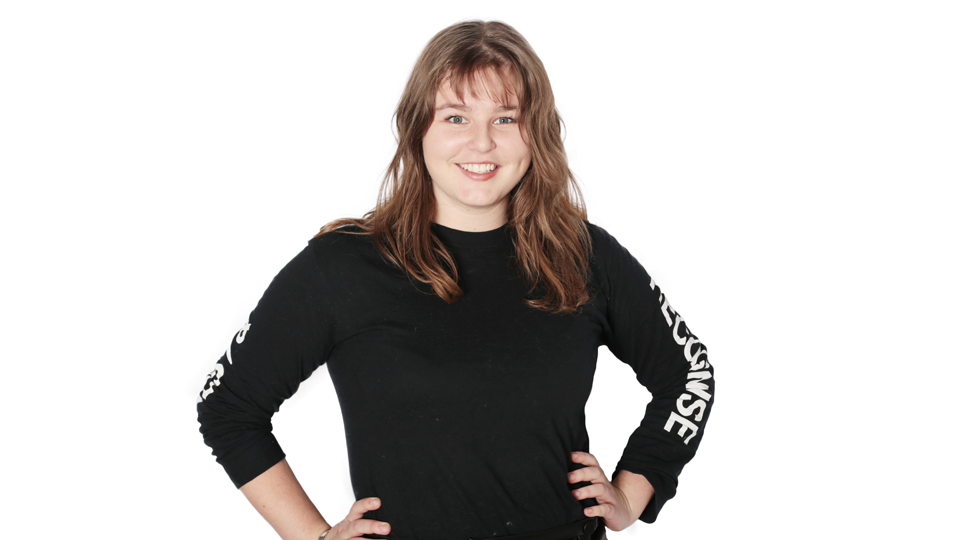