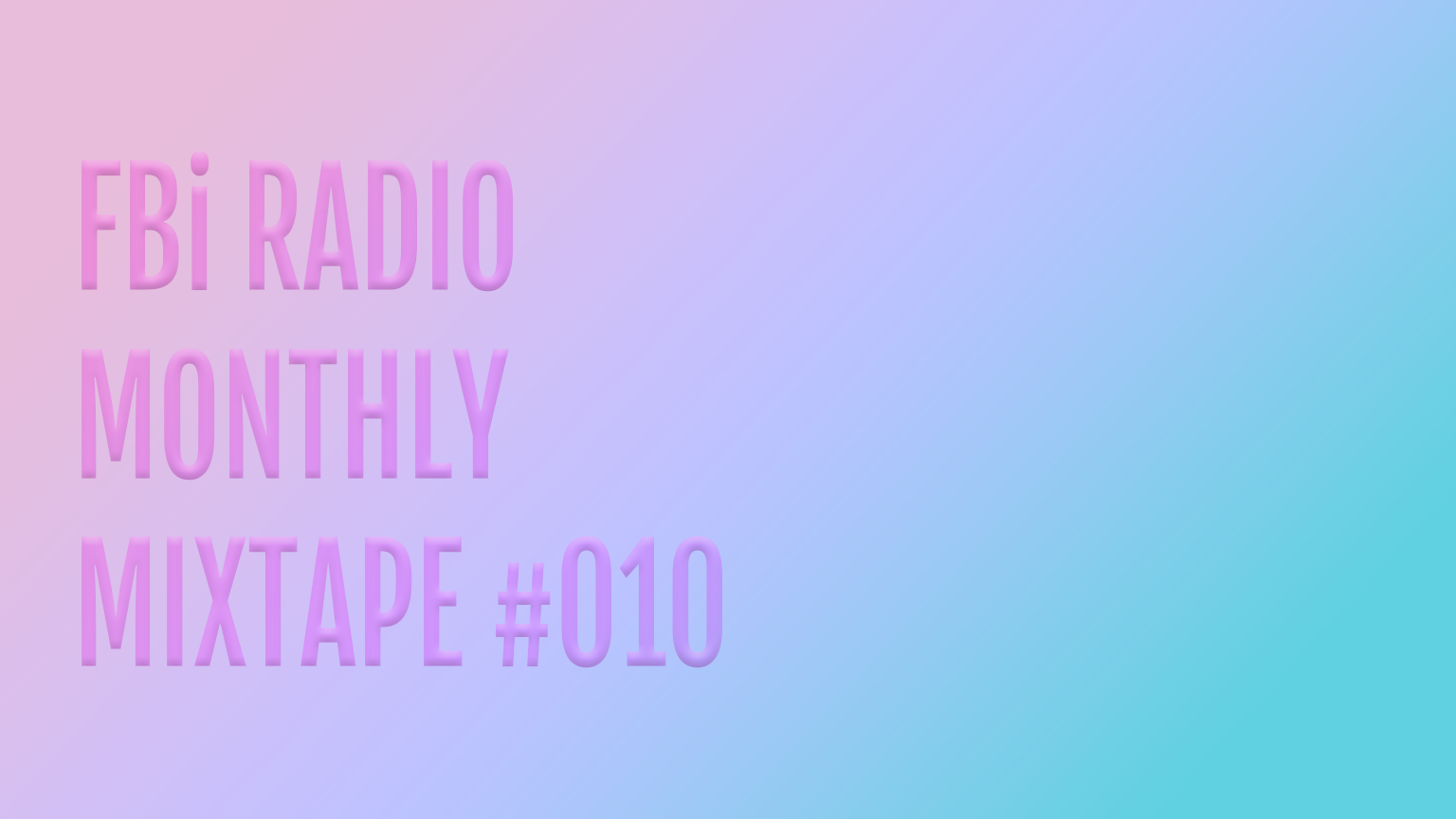 Six planets, including Mercury, were in retrograde in September. Astrologers say retrograde is a great time to slow down and take stock of what’s happening in the world relative to where we’re standing, making it the perfect time to take stock of what the FBi Radio airwaves sounded like last month. On this Monthly Mixtape, the hosts of Utility Fog, YANOS, Thursday Mornings and Sunset with Pure Space will intro you to the songs they loved in September.

Oklahoma band Chat Pile’s album on The Flenser was eagerly awaited since their two 2019 EPs. Their combination of hardcore punk, noise rock and sludge/doom metal is unapologetically political – in a recent interview they said the album is an attempt to “capture the anxiety and fear of seeing the world fall apart”. There’s a surprising amount of clean vocals, rendering the lyrics comprehensible, and there are plenty of catchy riffs and basslines. The menacing opening track is a visceral conjuring of the haunted space that is a Slaughterhouse.
“And all the blood
All the blood
And the fuckin sound, man
You never forget their eyes”

Ellen Arkbro & Johan Graden – Other side

If you know the work of Swedish musician Ellen Arkbro, it’s probably as a composer of super-minimalist works for organ or horns or guitar, with strange chords ringing out one by one. Thus her stunning new collaboration with fellow Swede Johan Graden might come as a surprise. Yes, it’s minimalist, but the deceptively simple arrangements for multiple bass clarinets, tuba, contrabass and piano, as well as occasional sparse drums, trumpet and other instruments, underscore Arkbro’s fragile, candidly melodic voice. This song stands out from an already stand-out album with its unusual harmonies (each piano chord includes two notes a tone or semitone apart), the all-bass orchestration (bass clarinet, tuba and contrabass join the piano’s left-hand in the second half), and the gorgeous, subtle vocal loop that carries through the last phrases.

This track just feels like summer! Feel good vibe with a nice build up, has been on rotation in my sets since it was released.

Definitely one of my fav tracks. A great club track for the dance floor, Boohle’s vocals on this is bliss. Also love the recognition it is now getting after going viral on TikTok.

Why is City Pop so good? And why does it make me nostalgic? It’s actually Western music that’s been adapted by the Japanese back in late 70s/early 80s, then coming back to us as a revival. When I heard the song, it reminded me of Mariya Takeuchi so much! This is from an emerging local artist Melita who combines the aesthetics of R&B/soul, funk, and yacht rock. So smooth, mellow, and she’s not repackaging other music genres – her energy is expansive and I feel so alive. It’s her second release and I can’t wait to hear more from her.

Mass of the Fermenting Dregs – Dramatic

I shared this song on Bento Box, a segment where you can hear some tasty Japanese music every week as a bento style, with so many different ingredients and cooking styles all together. This band (with a strange name: by simply lining up words the members liked) is known for their post-hardcore/shoegazeguitar sounds with melodic pop vocals. I would highly recommend them If you are a big fan of The Smashing Pumpkins, Sonic Youth, or Shonen Knife. This is the opening track of their latest album Awakening:Sleeping which takes us on a chaotic and sonic journey.

So exciting to see Naarm label Steeplejack releasing the debut EP from local artist Pannotia. For lovers of deep electronix and spacial trance, with an incredible remix from Canadian breakout producer Maara.

A melty collaboration from two very exciting new local artists. One for moments of introspection, it cuts deeply. Very keen to hear what’s to come from both of these artists!