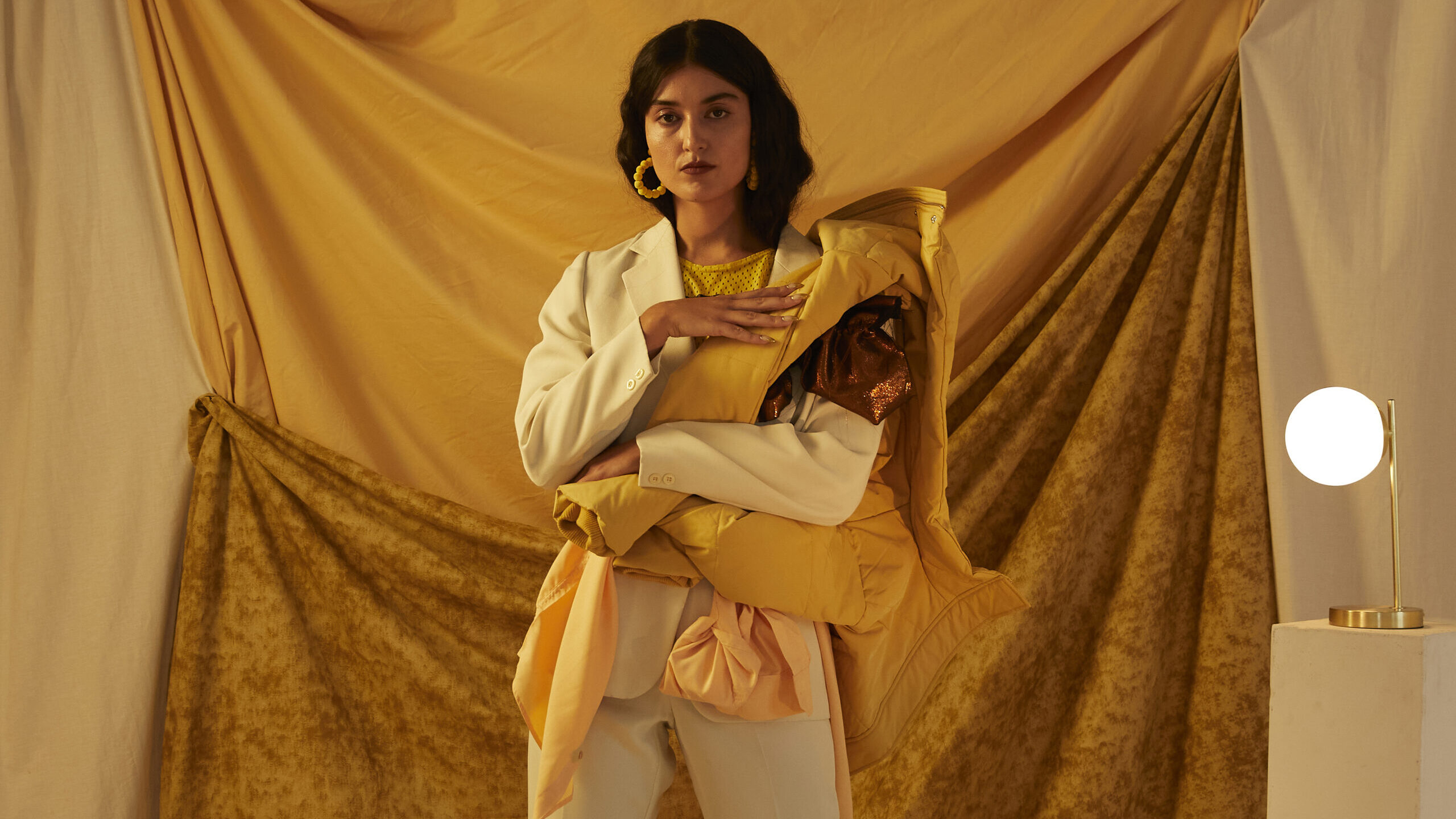 ‘I’m Feeling Hopeful’ is the first big body of work Milan Ring has treated us to, but she is by no means a newcomer to Sydney’s music community. ‘Fixture ‘, ‘creative visionary’, and ‘sought after collaborator’ are more apt descriptors. Think of her debut as Milan’s first real ‘statement’. On this, Gus asked how she was able to construct something so thematically and aesthetically whole.

“I was kind of playing with an album a few years ago but it wasn’t really sticking and I kind of stepped back and I realised that my debut album – I wanted it to be a cohesive body of work. Not only from the musicality, the production, the mix, and the whole feeling, but thematically and lyrically – that’s where it’s rooted.

“I knew I had a lot to say on the topics of mental health, and depression, and addiction, and some of these deeper topics that we all experience in one way, shape, or form… Once I knew what this album was going to be about, the lyrics just sort of came out.”

It’s a cohesiveness that extends beyond the sonic elements of ‘I’m Feeling Hopeful’. The album artwork, nodding to Hindu deity Saraswati, features Milan Ring bathed in golden light and framed by mudras. Milan told Gus that each mudra on the album cover is a direct reference to a song from the record.

“I saw the mudras which I’d only just started to learn about through hanging with the Bindi Bosses crew, which is a South Asian dance collective in Sydney. Many of those dancers have studied some styles of dance like Kuchipudi that bring out the mudras – these hand gestures with very deep symbolisation that have been used for thousands of years in meditation and art and worship and dance.

“I had this vision of the mudras and they spoke to their gurus and it all came together. We matched certain songs to certain mudras – the meanings and the themes – it was a project, the cover, of understanding and learning and figuring out how to match the hands with each single… It’s like a little puzzle in a way.”

Milan Ring has explored the themes in ‘I’m Feeling Hopeful’ from every possible angle. On her debut, she plays the role of singer, songwriter, multi-instrumentalist, producer and mix engineer; unifying her talents and ideas to make a poignant statement on hope. Gus asked Milan, as someone who’s looked at the topic so holistically, what she’s feeling hopeful for right now.

“I’m just hopeful and looking forward to this time. This Christmas/ New Years time. I’ve been in isolation for a few weeks now, I’ve just recovered from COVID (you’re the first person to know FBi (all of Sydney)) but I’m just looking forward to getting outside into the sun, and I feel really hopeful for that. And I feel really hopeful for how amazingly strong and resilient we are as humans – not only psychologically and emotionally but physically… and not to live in fear and to move forward with love and forgiveness and gratitude. That’s what I’m hopeful for.”

Another thing to feel hopeful for is Milan Ring’s upcoming Sydney show. Check out the details and see for yourself why she’s been nominated for the 2021 FBi SMAC Award for ‘Best Live Act’. While you’re at it, listen to ‘I’m Feeling Hopeful’ below or Milan’s full interview with Gus McGrath up top.