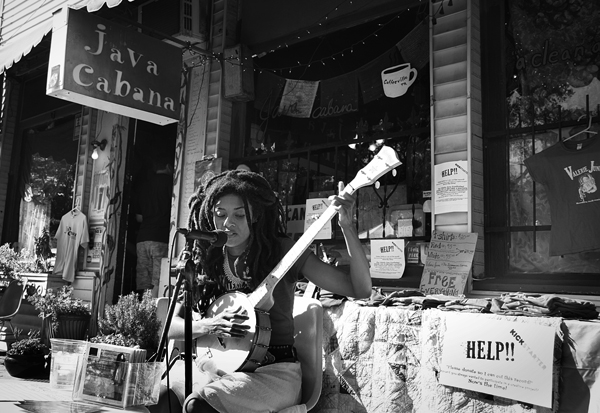 Jack Shit received an advance copy of Valerie June’s album many months before her first visit to Australia (to play the East Coast Blues and Roots Festival in Byron Bay) then worked tirelessly to cajole the Tennessee singer into FBi, to share her stories and songs.

Now (just a day after Jack himself returned from playing Splendour’s secret Southern swamp Shack) seems like the perfect time to catch up with this charming, original and eccentric character – as Valerie discusses the rather laborious road she has taken to her present position as a unique singer on the rise.

Though there were countless odd jobs in addition, some of the seeds of her eventual success were planted in childhood, via her father’s promotion of early local tours by luminaries like Prince and (the recently deceased) Bobby Womack. It’s fascinating to hear Val reminisce about encountering such legendary figures whilst still so young.

Over the course of this free-flowing exchange you’ll gain many such insights – and hear both The Hour and Workin’ Woman Blues performed live. In fact Valerie was so relaxed and personable that she agreed on-air to do her only solo show in Sydney, when Jack proposed organising a free concert for her a few days later.

Whether you caught that incredible gig and want to relive the excitement – or simply wish to discover what you may have missed – a listen below will truly transport you into another world.