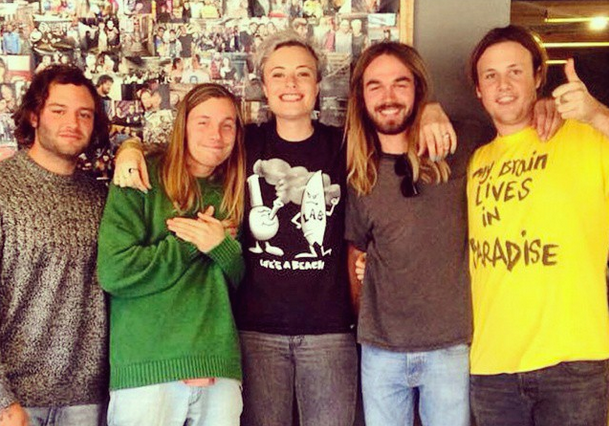 The Ruminaters recorded their latest album Gremlin in Black on a secluded farm just outside of Byron Bay, a change from their previous work.

The band, composed of the four best friends Jake, Jake, Teddy and Jarleth, joined Alex Pye on Mornings ahead of their gig at the Oxford Art Factory. They discussed the emotional effort they pour into their music and the importance of having fun on-stage, plus the ins and outs of their recording process.

They also graced Alex with a live version of their song “Mountain Man”.

Watch & Listen :: Courtney Barnett on Arvos with Sweetie and Shag