King Stingray are making waves and riding them too: Interview with guitarist Roy Kellaway 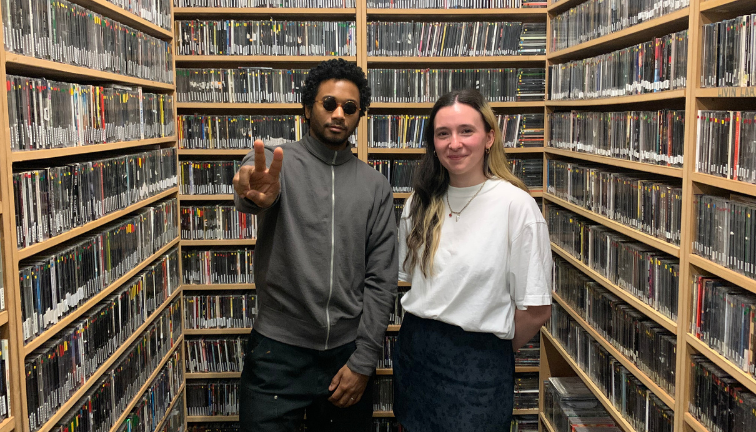 Yolŋu surf-rock legends King Stingray have their feet on the ground and eyes set squarely ahead in spite of a meteoric 12 months. Wide-eyed, poised, and excited for the future, founding member and guitarist Roy Kellaway caught up with Grace and Al on Arvos last week to talk through where King Stingray are from and where they’re heading.

Roy reflected on King Stingray’s evolution and the sounds that’ve shaped its members. While he cited bands like Yothu Yindi and Warumpi Band as some of the key players informing their music, saying King Stingray’s influences span decades is a major understatement.

I think with our sound maybe it is so unique because when you’re living so rural and in the bush you don’t get a lot of exposure to music as well. Yolŋu listen to songs that are 60,000 years old. So these manikays, they’re really really old songlines and a lot of Yolŋu will be listening to those manikays growing up. And it’s funny: the hits from 20, 30, 40 thousand years ago.

King Stingray continue to make waves. Their disco-infused third single Milkumana dropped last year – arriving to an excited and ever growing fanbase following the success of Hey Wanhaka and follow-up Get Me Out.

Milkumana means showing. To show. And it’s about showing the pathways. Which is a concept that’s really important not only in Yolŋu culture but as human beings it’s important to have leadership and role models to look up to. And it’s kind of what we’re doing in real life as well. What Yirrŋa is singing about is what he’s actually doing in his life in that he’s using that stage as a platform and as a voice to share stories and showcase his story and culture.

If Milkumana is any indication of what’s to come from King Stingray, expect something groove-laden, sun soaked and jubilant. The band have just finished recording their debut album (slated for release some time this year) and they’re taking it on the road on a national tour.

We’ve finished the album and this is something we’re really stoked on – we’re really proud of it and can’t wait to put it out… We’ve got more singles that we’ll be putting out before we drop the full album. The album will be out this year. Around the middle of this year. So not far off is all I’m trying to say.

We’re thankful for everyone who’s been supporting us with only a few songs out. But you can see all the songs off the album on our tour… So plenty more music to hear!

You can stream Milkumana below, or the listen back to Roy Kellaway’s full interview with Grace and Al up top.