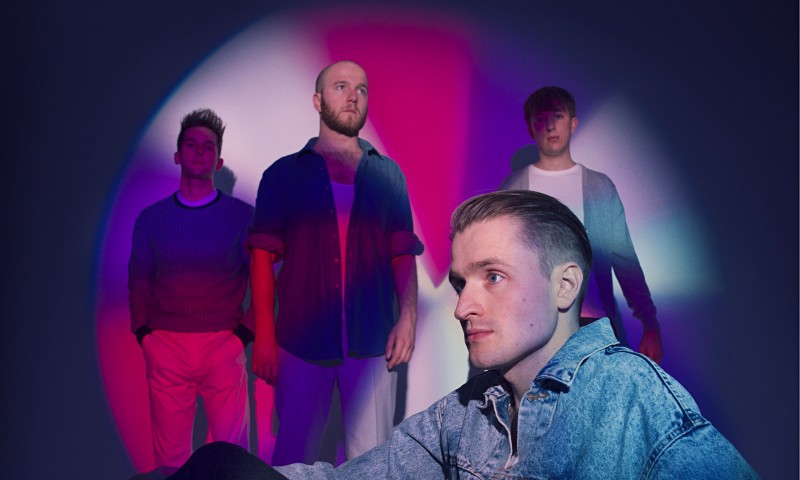 It’s a simple, beautiful truth: Wild Beasts have reinvented themselves by adding a drop of pop, some direct lyrics and a whole lot of synths. The result is a stunning fourth studio album and an exhilarating live set.

Jumping into the modern world, the album Present Tense gets straight to the point, declaring in falsetto: “Don’t confuse me with someone who gives a fuck.” The British lads have never walked in the same line as every one else, and they aren’t about to start now.

Wild Beasts will be making the trek down under after a jam-packed tour on the European summer festival scene. They will be playing at Byron Bay’s Splendour In the Grass, on July 27, and playing a sideshow at the Manning Bar, on July 28.

Gemma: You recently played at Glastonbury! How was the experience of playing at the iconic UK festival?

Hayden: It is always a kind of terrifyingly exhilarating. It is an extremely high-pressure show but I always enjoy it. I love the high-pressure scenario and this time round it was something great. I loved it.

You have added more electronics, synths and falsetto to the songs on the new record. How has it been incorporating the electronic aspect to your live set?

You learn a new way of doing things. So we were a lot more dependent on laptop’s to generate the sound. If we were trying to fly around the world, we couldn’t bring huge synths with us. We would need to have excess baggage, which would be horrendous, so we had to condense them into samples and we created a sample library. We are using authentic sounds but can’t travel with sixteen thousand ton synths and expect baggage handlers to treat them with respect. I think especially on the grand scale, with festivals like Glastonbury, we really push bass and volume. When people go to a festival, they can experience the sound physically. We want to force frequencies on people so they can feel it.

There were a lot of lasers flashing around at your Glastonbury live set. Will we see some of that action when you play at Australian festival Splendour in the Grass?

Unfortunately not, the lasers were only for license in the UK. It is amazing when you get into these things. With lasers of that power, you start to worry about health and safety. People in Australia will have to imagine lasers unless anybody knows a laser expert who can help us out. It is kind of like travelling with a weapon, customs don’t tend to like powerful lasers.

You’ve got some pretty cool outfits in the video clip for ‘A Simple Beautiful Truth’. Have you ever worn those shiny and flashy suits on stage or just walking around town?

No we haven’t. I mean I am sure there are parts of London where you wouldn’t get a second look, as it’s standard attire for men. Though I thought if we ever had a fancy dress, we would go as power rangers. Those suits in the video clip are now a museum piece. We will let them be.

I also loved the dance moves in the clip. The UK is known for its boy bands, and with boy bands comes choreographed dances… Think you would ever choreograph an all band dance routine?

Absolutely, One Direction is currently on the throne, but we grew out of 70s, with bands like Take That. I think we are next in line to the throne by looks and physique. That’s where we are headed…

I’m looking forward to that! Will the moves be coming to Sydney?

Only very crude and clumsy dance moves. I make attempts to dance on stage. It’s not a good look but it does the job.

You recorded the album Present Tense in London and Bath. Were you influenced by the different surroundings?

Yes. Your environment always seeps into the music and almost becomes it. I do think that music is sensory. It doesn’t engage with the part of the brain that is intellectual, it engages the emotional side. Your senses and where you are seeps in. With London, we were influenced by that concrete claustrophobia and sense of being small in a populist city. Maybe also a sense of anxiety and harshness. We were toying with that notion in Bath when we were overlooking rolling hills. I don’t think we have ever recorded in springtime, let alone in a studio in Bath overlooking the spring landscape. Maybe it added a sense of optimism. From where we grew up, our core sensibility is the mountains and the sense of space they provide.

The songs contain more pop sensibilities than your previous work. Was it difficult to reign yourselves in and follow a pop format?

I think we always wanted to write pop songs. That DNA is in everything from the melody to the strong structure. I am absolutely in love with the pop form. I think it is strong and powerful to create a concise song. With this record we showed it more overtly. On Smother we would literally smother it. This time we were more considered around arrangement and wanted the skeleton of pop songs to show through. That was a difficult thing. For every superb pop moment there is a very obvious pop movement, and you have to navigate those waters. We thought would people think we were trying to create a pop or radio hit. 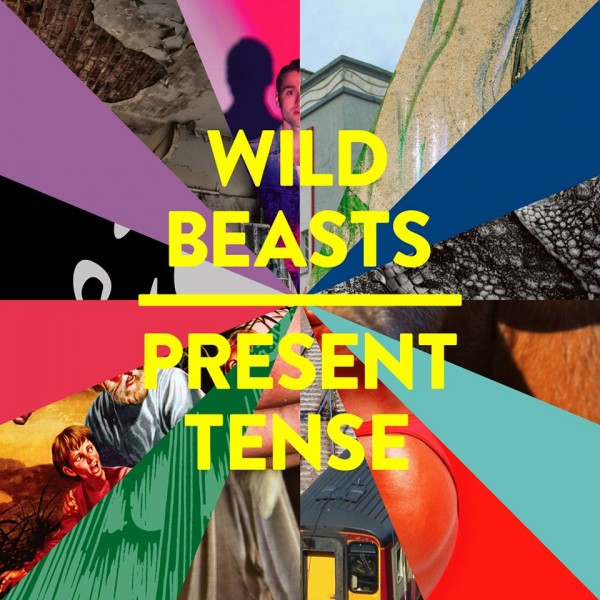 Was this calculated method, the reason why Present Tense took longer to record and release than previous albums?

I think we worked very hard to put ourselves in a position to make a record, and had the artistic responsibility to just record until we ran out of money. It felt necessary.

Lyrically, you are more direct rather than metaphorical. Was this an aspect of creating pop songs?

Absolutely. I have a real fascination with pop song lyrics. The key thing is that the worst line in the world can be rescued by a beautiful melody. I became fascinated that maybe with the sonics and melodies, the words didn’t have to be quite so much legwork. The simplest of words can convey the most complex of emotions. Previously, the lyrics were studied and took years to come together. This time the words came to me straight away, and I took it spontaneously.

The rainbow coloured design of your album and video clips is really fun and vibrant. Is this a romantic side of Wild Beasts coming out?

We were very aware in previous albums of being stern and conserving artists, and kind of cold and sultry. I think we were bored of that. We are doing pop videos and this is artwork so we wanted to be almost shocking in our use of colour. It was a reaction to today and the brashness of England. Our senses are constantly at war with huge spectrum of images thrown at us all the time.