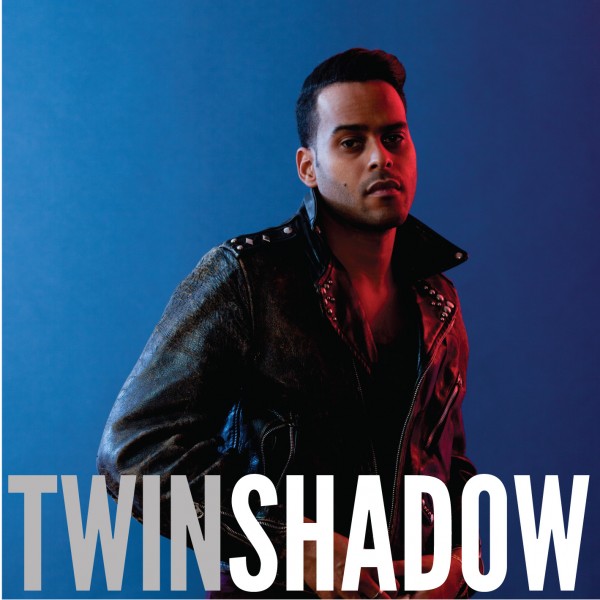 Don’t judge Twin Shadow – the man or the music – on first impression. With a beauty that makes onlookers drool and a swag so valuable it must be illegal, one would automatically assume that a man that puts his own face on the front of his record because he knows he’s a “good looking guy” is probably just as cocky as the king of spades. But his records and persona alike must be judged progressively. While initial perceptions enticed opinions of jadedness and arrogance, it became evident that George Lewis Jr., the man behind the moniker, was a man of extreme depth and ruthless sincerity. In an industry where individuals strive to fashion the perfect image of themselves on a daily basis, Lewis doesn’t beat around the bush, and chances are it can be hard to digest the first time round.

His records are a perfect manifestation of his character. He released his second album, Confess, a few days after we spoke and it is a cohesion of sultry and candid lyricism paired with synths and snares so perfect that they become dehumanized. Yet, like its predecessor, Forget, this album speaks of relationships and can be stomached as an extremely misogynistic record – Lewis refuses to sugarcoat anything. But one must take the bitter with the sweet and my feminist defensive was put aside when it became obvious that these lyrics were simply about settling for lust when someone really desires love. It is evident that this album is exactly what the name says it is – a confession of a man that is so naturally similar to every human being that it is, in many ways, disconcerting. His records may show you a part of yourself that you tried to forget.

Twin Shadow ended up being one of the hardest people I’ve had to interview. But in retrospect, he simply gave me everything a journalist could ever wish for – whether he was talking about working with other people, the Internet taking over music or releasing records on a label… George Lewis Jr. was completely and utterly truthful.

Hey George, Where are you right now?

You’re on tour over there?

Cool. So I guess I’d like to start off by asking about your early life, you were born in the Dominican Repbulic?

Did this influence your music at all?

Um, I’m not sure yet. I’m not sure whether [laughs] being Dominican has influenced my music yet. To me, growing up was my mum listening to a lot of Jamaican music. Sure, it has affected me in a certain way but it hasn’t really seeped into my music yet… But I think it will eventually.

Well did you always know you wanted to get into music?

Ah, I think so, I mean, as early as I can remember I’ve always been somewhat interested in music.

So then you moved to America?

Yeah I moved to Boston.

Why did you decide to fly solo after being in a few bands?

I’d been in a bunch of bands since Mad Man Films and I just realized that I really couldn’t stand being in a band. It’s just hard for me to, like, set aside my ideas for somebody else’s. It just doesn’t work for me.

Really? But you worked so closely with Chris Taylor of Grizzly Bear on your first album!

Chris came in after all the music was written and a lot of it was recorded and that was really easy to collaborate with him. He and I really see eye to eye on a lot of things.

How did you get in touch with Chris? How did that whole thing happen?

His sister actually gave him the music and he wrote me an email saying that he was really excited about it.

It sounds perfect. You got signed to 4AD. Word on the street is that it’s your favorite album.

Oh, yeah they’re just a really great company. The whole of Beggars Group and all the people there are really trusting and easy to get along with. It’s just really easy, you know?

Why did you choose to get signed? Instead of releasing stuff independently?

I think having a label always helps you reach a bit further, in a way. My expertise isn’t in selling records; it’s in making records. So to put together a team on my own end would have probably cost me just as much money as it costs me to build a label. So it’s one of those things where… you uh…. You just kinda need the help in a way. Unless you’re going to be bogged down by doing all the business yourself, which is really distracting when you need to tour a record.

What’s your opinion on the current climate in selling records? Things like Spotify are really changing everything.

What are people saying about Spotify? I’m not really hip to it yet.

Well, just that people are going to stop buying records even more because they can just stream music so easily online.

I’m pretty sure the whole world is headed towards this – one person will own, well not own, but distribute the content, you’ll pay a service charge and that person will pay the artist. I’m not really sure of the dynamics of all that, but you have to move with the world, the world is going to do what it wants to do. Young people are going to do what they want to do.

I know that my new record has leaked now and everyone’s heard it and everyone’s just going to do what they want and there’s nothing I can do about it. There’s no use of me fighting it because the majority wants the world to be a certain way and that’s how the world will be. And I have to adapt to that… Not the other way around.

So what the majority wants, does that influence what kind of music you make as well?

Yeah, of course. Everything influences everything. You have to adapt. You can’t be hard headed and be like, “oh, my creativity goes inside this box and that’s all I’m ever going to be”. You can’t be absolute, in a sense.

Besides that, what influences swayed your newest record, Confess?

Just people in general. People who I know, people who I experience in my life. They’re the inspiration for all of it.

Are the lyrics on this album fictional or a reflection of your life?

They’re definitely a reflection of my life.

It was only two years in between records, what were you doing in the time in between?

We were just touring constantly. That’s all we did, we just toured non-stop from the time Forget came out to the time thatConfess was going to be coming out. So yeah, it’s just been touring.

And you’re on tour right now, so do you get a break at all?!

You were here for Laneway this year but when will you be back?

I dunno, hopefully soon. Maybe over the summer!