Interview: Lancelot on analogue synths & lessons from the road 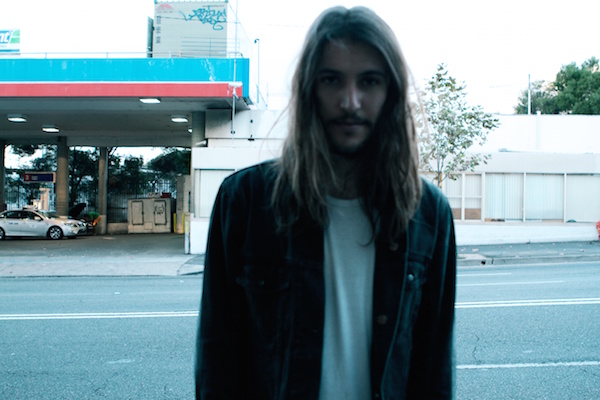 Now based in London, Lancelot is back in Australia on tour, playing in Wollongong on Friday then at the Civic Underground on Sunday (details below). To warm up, he’s stopping by the undr CTRL Residency on FBi Click for an exclusive mix this Wednesday – so we thought we’d catch up on his overseas experiences, new influences and what it’s like producing with analogue synthesisers.

RH: What or who are your main inspirations when it comes to production?

LG: I’m a really big fan of classic sounding records and production. Take say a Nile Rodgers/Chic record (primarily his drum production/mix) to a Chez Damier house record etc. Musical parts that sound like they were (or are) playable by a human and a subtle approach to post production. So, nothing super hyped and stereo imaged, not too many obvious whooshes/sweeps and a big fan of saturated analog drums.

My musical inspirations spread from post romantic/20th century composers like Debussy & Stravinsky, lecturers from uni like Michael Smetanin, Jazz to Detroit/Chicago House and Techno to the Presets to the modern UK guys like Midland and Floating Points. It’s constantly growing as I find more and more amazing music.

When and why did you start producing with analogue synths and how approachable was it?

The first synth I bought was a Korg r3. It was a crappy digital synth, I got bored of it reeeally quickly. It had a tiny screen and you had to go through menu after menu to change everything. It made the creative process very slow. Having something tangible in front of you like say the Moog Voyager firstly made the writing process FAR more fun, secondly it is the best way to learn the ins and outs of synthesis. The path flow of the oscillators into the envelopes then into the filters etc. Thirdly it just sounds far better. Analog synthesis is far more approachable in my opinion.

Would you consider performing with modular synths?

Where did you go on tour, and how has the experience of touring overseas affected your approach to production and live performance?

I’ve done a fair few runs through the states and also through Europe and the UK. Playing and going to gigs in UK/EU has really inspired me to focus a lot more on the groove and rhythmic side of my music. Also to structure my music in ways that work for a dancefloor, ie no 2 min breakdowns without drums.

How would you describe the differences in performing in Australia and overseas?

My sets are a little more playful in Aus. I tend to play a little tougher overseas. Potentially because I am playing bigger sized rooms over there.

You’re based in London now. How would you describe the difference between the scene here and over there? What do you miss about Sydney, if anything?

The scene there is obviously much bigger (more people) and the competition is much greater. It is ingrained in their culture and the general awareness/appreciation for house and techno music is much higher, even for people who don’t choose to listen to it as their preferred style of music.