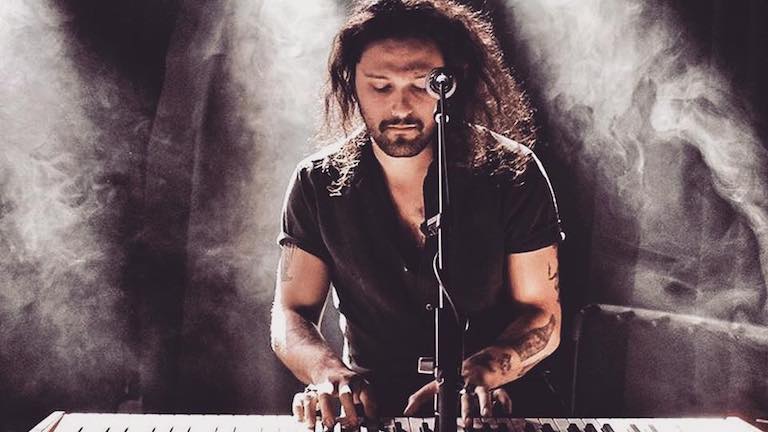 On the back of great success, Gang of Youths’ Dave Le’aupepe caught up with Alex Pye to chat about the band’s song-writing, and to perform a gorgeous version of ‘The Deepest Sighs, The Frankest Shadows’.

“It’s my healing record. I think the notion of self-mastery and self-overcoming is really important… anybody who’s interested in leading a life that feels worthwhile can learn something from this notion.”

And while the pursuit of self-improvement sounds like it might make for some pretty upbeat results, life’s hard and bitter moments have again proved to be the most fertile ground during the writing process.

“On the record there’s a song about my best-friend Dave, he and his wife lost a baby… I would’ve called her my niece if she was still here.”

Although these songs mine intensely personal subject matter, Le’aupepe believes in the value of subjective meaning-making in the arts.

“The truth that I derive from ‘Born to Run’ [Springsteen] is going to be very different to someone who grew up in New Jersey… but they’re still valuable interpretations, I believe… and it’s the same with my lyrics.”

Le’aupepe’s open-minded attitude to interpretation stands in contrast to the ambitious scope of his lyrics.

“It’s about pursuing truth, it’s about asking questions of the god I was asked to believe in as a child.”

This lies at the very heart of Gang of Youths’ music. What it reflects is the strength and tenderness of the band’s spirit, which can be heard unequivocally in the stripped-back acoustic version of ‘The Deepest Sighs, The Frankest Shadows’, which Le’aupepe performed to round-off the interview.

‘Go Farther In Lightness’ by Gang of Youths is out August 18 through Mosy Recordings & Sony Music Australia.

"Go out there and learn. Keep your ears open. Be quick to hear, but slow to speak."

"I'm pessimistic about man's nature, but I'm optimistic about our potential." David Le'aupepe opens up to Ash Berdebes about philosophy, mental illness and music in her final Out Of The Box interview.

Hear Dave from Gang of Youths drop, tune and then play his guitar in an incredibly moving acoustic rendition of 'Knuckle White Dry'. He also talks with Lexy about nearly getting arrested in LA, smokers' teeth, and being generally cantankerous.

Gang Of Youths lead singer & songwriter Dave Leaupepe caught up with Dom O'Connor, one show into a 24-date tour. They discuss the emotional toll of 'The Positions' and Dave drops a straight-to-the-feels acoustic.