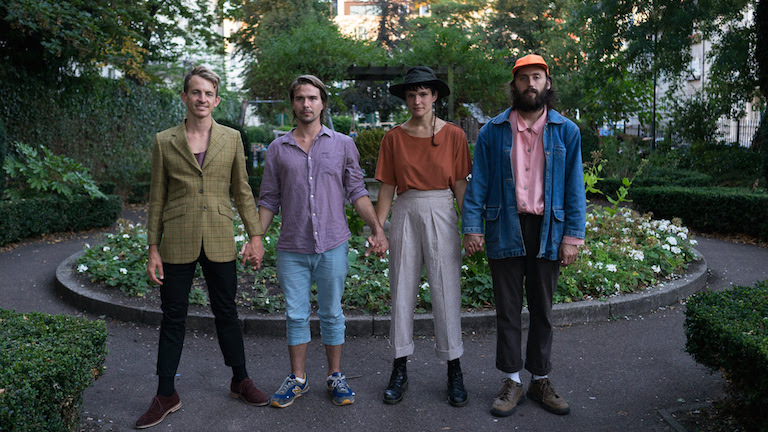 “My favourite music, you could probably strip most of the sounds away and still have a song that feels really good,” says Lenker.

Meek says this musical approach is indicative of “the whole human collective consciousness… moving towards a more organic lifestyle.”

It’s a lifestyle that’s influenced the evolution of the band’s all-important rider. “At first we were like, ‘Oh my god, we get a bunch of snacks!’” says Meek. It wasn’t long before a free packet of chips constituted a meal and a short nap was redefined as sleep.

The band changed their habits when they realised they were “neglecting some very basic needs.” These days they travel with a Vitamix juicer to make smoothies in-between stops, and request a rider of carrots, spinach, and water.

This philosophy of simplicity is conveyed in the stripped back version of their single ‘Vegas’, played live by Lenker and Meek in FBi’s studio. Listen above.

Darren caught up with Buck and Adrianne from @bigthiefmusic ahead of their show at @newtownsocialclub tonight!