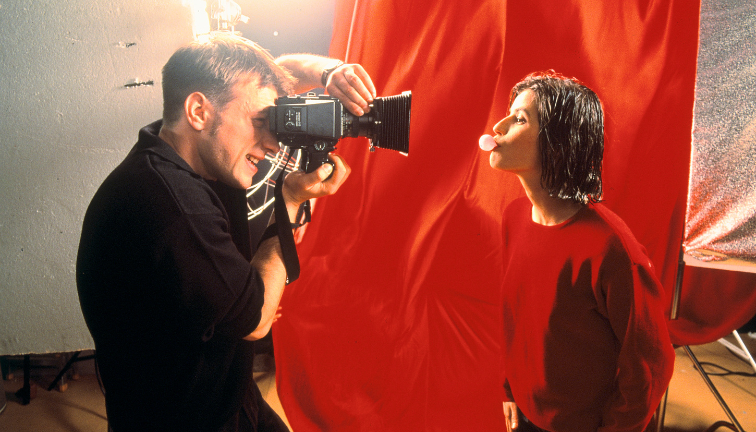 When you think of a classically trained musician, you might not imagine them releasing an experimental pop meets trance EP accompanied by CGI images. We’d like to introduce you to Trophie. She’s a pianist and classically trained vocalist who has taken her talents to the world of experimental/hyper pop. Originally from the UK, Trophie’s combination of ethereal vocals with frantic, club-ready production has been gaining attention in Sydney (where she is now based) and beyond.

Trophie’s music delves into futuristic imagery and sounds, resulting in tracks that transcend time and genre. Her debut EP Dark City constructs a hyperreal world in which Trophie exists as a character and expresses creativity and energy. She explained to Lill Scott on Up For It! how she went from classical piano to hyper-pop production:

“I very much was interested in creating something new and expressing myself. I started writing original songs from very early on as well.”

“Getting into production as well was like, ‘Oh wow, there’s so much you can do besides acoustic instruments.’ And that was very mind-opening for me, it was quite a moment”

Trophie’s methods of creating music have evolved further since moving into pop production from classical training. Beginning with Ableton and being very much glued to a screen, Dark City has seen Trophie explore new techniques.

“The process has evolved over time. Quite recently I’ve gotten into modular synthesis, which is like a whole other spectrum of stuff… You want to experiment, you want to expand.”

Trophie’s inspirations have also evolved. Her early influences stem from her Manchester upbringing and parental encouragement. Think the likes of Joy Division and The Fall. When she started to develop her own tastes, her musical inspirations took a pivot from UK new wave.

“Going off on my own, I discovered artists like Bjork, Tori Amos and Amanda Palmer. These strong female artists, obviously very piano driven… Sinead O’Connor is most definitely another one.”

The sounds in Dark City point to these influences while also placing Trophie’s energy and emotional power as an artist at the forefront.. The EP was created alongside a CGI artist, photographer, stylist and hair and make-up artist in order to create visual elements of an all encompassing world.

“This project was actually very much in my head visually, oddly before it was even written down or in a sonic space, which is kind of unusual for me. Dark City is essentially a hyperreal world that I’ve created.”

“I really wanted to create this platform for the music to live in.”

Trophie’s music reinforces the hyperreal and heightened elements of the accompanying visuals. ‘Hypertrophie’ is the focus track on the EP and is a testament to the musical and visual cohesion of Dark City. The track has an unrelenting energy and expresses the emotions and spirit of Trophie as an artist and character within the world.

“I kind of like to speak of her in third person as she’s almost like a character I’ve created.”

Trophie exists in multiple ways. As an artist she is a creative and emotional outlet, separate from her personal self. This slight separation allows Trophie to be able to take a step back when needed. For the time being however it’s all moving forward. A deluxe version of her debut EP is set to arrive this week, full of exciting collaborations and remixes. Listen back to Trophie’s chat with Lill Scott up top or stream Dark City below. 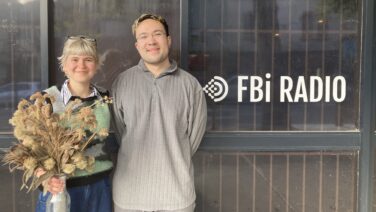 Independent Artist of the Week: maxs

Sydney-based artist maxs started making music as recently as June this year. He discussed the experiences that compelled him to take the leap from music-listener to music-maker with Lill Scott on Up For It!