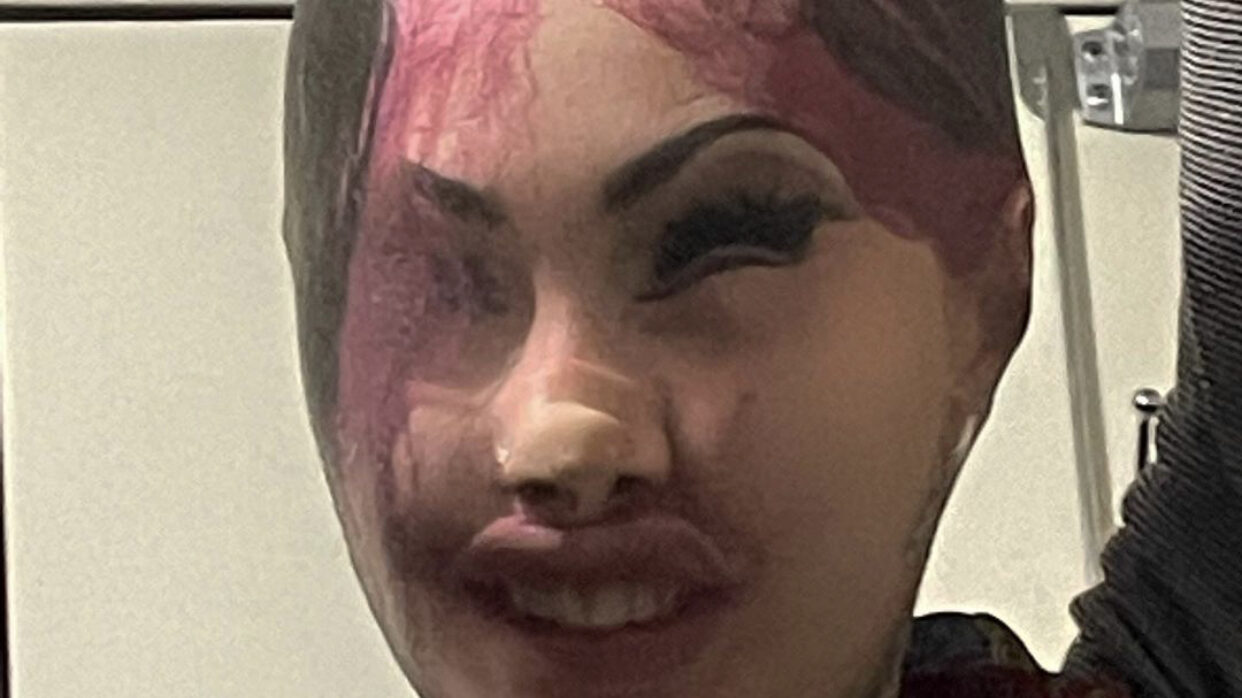 Isla Bane makes music for walking through Sydney. Music for the concrete spaces, for the suburban silence, for the sunset as it burns through the traffic lights and trees on your walk home from the bus stop after work. Their tracks are gritty and frenetic, with rhythmic loops that feel like pieces of the city’s consciousness, electric guitars, analogue drums, 808s, synths, and voice memos all passing in a methodic rush through your ears.

Isla was originally pensive about joining Lill Scott on Up For It! to spill the deets on their excellent new EP ‘8 CLOUDS’. They cited a desire to remain anonymous so as to avoid tainting the music with ego. They eventually came around and agreed to a phone interview, gracing us with a chance to find out just who exactly is Isla Bane?

Before getting into why they run (skate, and pole dance) incognito, Lill asked Isla about the process behind creating their second release, which was cooked up in a rapid creative haze in October.

“The EP really just fell together over a few weeks… It all just really happened in a non-deliberate, tranced-out way. You’re just kind of flowing. Like when you clean the house or something. You can get into a flow state and just keep going. Going round the kitchen, round the bedroom, cleaning without really thinking. When we make music we’re just doing it without thinking. And then it’s done, suddenly.”

The simplicity and ease with which ‘8 CLOUDS’ was made is remarkable for such a layer-heavy project, especially one which so tactfully marries sounds of electronic, dance, punk, rap, dub, and even acoustic music together.

“It involved stitching together, or collaging, different musical layers. Drums and electric guitar, voice memos, some synths, and things like that… letting [different] genres move through you and exist in the music, that was something that I guess just happened, looking back.”

The EP is a looking glass for the city of Sydney, born from parenthetical immersion in its gentle hustle and bustle, sprawling suburbs, and fringing flora and fauna. The essence of the city was a defining musical influence for Isla.

“Thinking about Sydney as a place. Certain parts of Sydney, certain moods that exist in those parts of Sydney. Streets, cafes, warehouses, train stations, things like that, you know. Walking to the pub. There’s a kind of mood that exists there, and I think that was definitely a strong influence.”

Mastered by Amir Shoat, who has also done technical for the likes of Dean Blunt and Carla dal Forno, the mixing on the project is noticeably above par. As you listen the music is both at once right next to you and everywhere, the contemplative yet desperate vocals echoing through space while a snare drum raps by your side.

“Like the music, everything happened very quickly and non-deliberately. The entire EP was written before it had a name or any intention of being released, and I think something similar happened with the video. We were all just like “wouldn’t it be cool, if there was skating and pole dancing.” … We edited it in like a couple days or something, and filmed in a couple days as well. With our crew, with our friends.”

On the topic of those balaclavas, Isla explained that their anonymity stemmed from a desire to be able to have the space to uncover exactly what, as opposed to who, their project is.

“It’s an intuition, to remain anonymous for now. [We want] to focus on the music really, and not so much a face or a personality. If people want to listen to it, they’re listening to it because they like the music and the sound, the mood, the world that we’ve painted, not just [because of] somebody’s face… I don’t know exactly who or what Isla Bane is at this stage.”

But whether this innominate-ness is permanent is not yet certain.

“For now it’s felt like the right thing to do, but, you know, we don’t want to make it naff. [We might use] some other kind of headgear, or reveal some faces in the future. Don’t wanna overdo it.”

Either way, the future’s looking bright for the individual? collective? No. 1 Sydney vibe collector? that is Isla Bane.

“There’s lots of music in the bank. [We’ve been] working with lots of artists in Sydney. Collaborating, keeping the project open and undefined. Really just letting whatever feels right creatively, come.”

‘8 CLOUDS’ by Isla Bane is available to stream on all platforms now. Also, get keen for the instrumental version of the EP dropping Dec 30th. 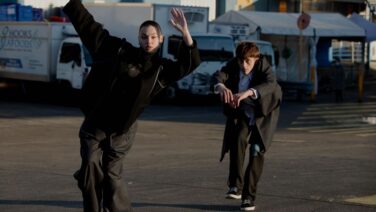 It's not too hard to imagine finding Lydia Kivela amidst a wasteland of fog, their shadowy figure moving through the gloom as they craft potions of hypersonic beats and slick raps. Their debut track ‘Eerie’, a potent mix of haunting production and biting verses, quickly grabbed our attention when it was released in November.