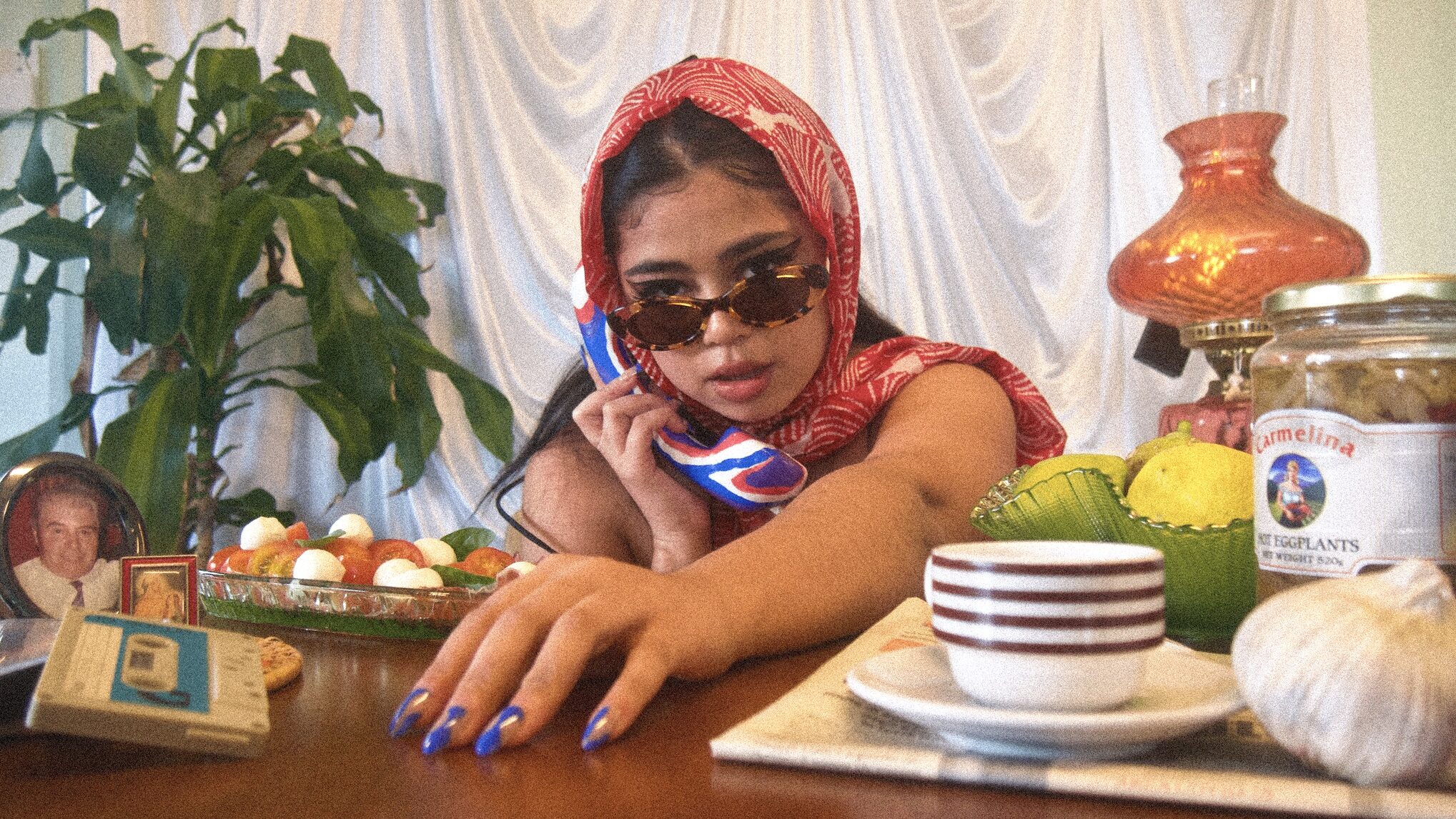 Gemma’s music career was born from a fantasy we’ve all had doing karaoke – the familiar yearning for someone to notice your natural talent in an unassuming performance.

When I was 8 I went to Queensland with my family and I sung The Climb at some random karaoke bar. When I got off stage my mum was like, “She’s really good,” and I was like, “Wait are you serious?”

Since then, both the confidence and familial support have not let up. Family is central in Gemma’s life, and her Chilean and Italian roots reach throughout in her work. Gemma’s cheekiness is obviously inherited – when filming the video for ‘Same Shit!’ at her nonna’s house, her family couldn’t help but get involved:

On the first day that we were shooting the music video, my aunty and my mum and nonna were all there, they all wanted a say on how the set looked, and they prepared that spread that’s shown in the bridge. We tried to do it [without them] and they said “nah, that’s not Italian”.

These days, the young singer is at a crossroads. Singing about the clunky transition from adolescence to early adulthood, she’s casually cheeky while very sincere. In song and in person, she’s wary of how young she is but full of insight and learnings. Gemma’s music is often introspective, but it’s also tinged with a distinct swagger:

The biggest advice I could give… is stand up for yourself and know who you are, and don’t let people mould that. If I could go back I would be like “it’s ok, don’t be ashamed of who you are. If anything, lean into it. Screw the haters. If you know how to damn sang, do it.”

Gemma’s music is concise and poetic, with grooves that makes you think of Kali Uchis or Omar Apollo. She’s talented beyond her years, ambitious and creative. Catch her live, and keep an ear out – there’s plenty more RnB-tinged pop to come.